Vanderbilt got back in the win column with an emphatic victory over in-state foe Austin Peay. 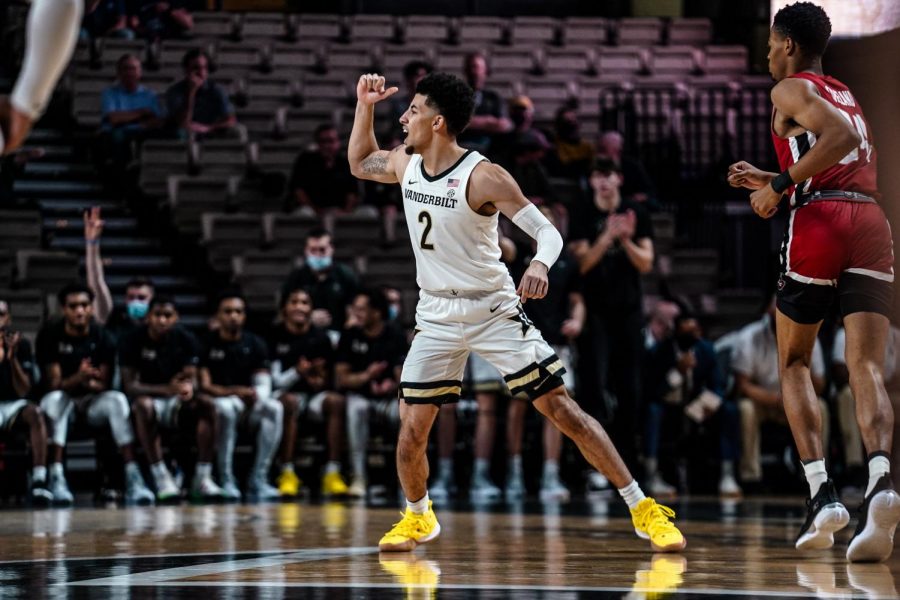 Vanderbilt returned to action on Saturday against Austin Peay following a week-long break for finals, cruising to a 77-51 victory over the Governors. The win snapped a three-game losing streak for the Commodores, who are scheduled to head to Hawaii for the Diamond Head Classic later this week.

Head coach Jerry Stackhouse rolled out a new starting lineup for the first time this season, inserting sophomore Jamaine Mann and freshman Gabe Dorsey into the lineup for sophomores Tyrin Lawrence and Myles Stute. Also making a first was Dayton transfer Rodney Chatman, who made his inaugural appearance as a Commodore on Saturday after sitting out the first nine games of the season with a meniscus injury. Following the disappointing efforts from the team over their last three games, Stackhouse hinted at the changes that would come with Chatman’s arrival earlier in the week.

“I’m gonna change the lineup a little bit this coming game. We’ve had nine games and obviously some guys aren’t playing as well as we feel like they’re capable of so its just an opportunity to get some other guys [more time],” Stackhouse said. “But more so than anything, I think as [Chatman] starts to get closer…we want to get those other guys that have been in the starting lineup comfortable with that second group.”

Vanderbilt’s new-look starting five jumped out to an 11-2 lead that they would not relinquish. SEC preseason player of the year Scotty Pippen Jr. catalyzed the run and scored his 1,000 career-point as a Commodore with an early 3-pointer. The junior looked refreshed and rejuvenated after battling illness in the team’s last two contests against Temple and Loyola Chicago. Pippen Jr. racked up 16 points, four rebounds, two assists and two steals.

Quentin Millora-Brown impressed with the first unit as well, imposing his will on the smaller Governor squad all afternoon. Millora-Brown was an active presence on both the offensive and defensive glass and fortified the lane for Vanderbilt. The senior tallied eight points and seven rebounds in the first half and finished with 13 points and 14 rebounds in a double-double effort.

“Q was awesome. Just super proud of how he’s gotten better and better. He was dominant on the boards, had a couple of blocks. He made one out of two of his free throws, so I guess it wasn’t all perfect, but he did a lot of good things for us,” Stackhouse said after the game.

Great work inside by Quentin Millora-Brown as the Commodores have started to break this one open. He leads the team with seven rebounds to go along with eight points.

A key for Stackhouse and his staff has been finding rhythm and production from the bench and role players on this team and Saturday provided opportunities for a plethora of players against the undermanned Austin Peay side. With the Commodores jumping out to a double-digit lead just over six minutes into the game, Stackhouse was able to rotate 10 players in the opening frame.

Chatman provided instant offense off the bench with an easy drive to the rim to score the first bucket of his Commodore career. The graduate transfer looked as advertised in his limited minutes—composed and steady, providing valuable effort on defense and facilitating offense on the other end. Expect Chatman, who didn’t look physically hampered in any form, to see his minutes increase as he gets back up to game speed. Freshman Shane Dezonie was intriguing off the pine as well, pouring in four points, two steals, a rebound and an assist in the opening stanza. He finished with seven points, three rebounds, two steals, and two assists.

“That was my first 5-on-5 action. Felt good to be out there. [My knee] is not 100%, but it is at the point where I can be productive on the floor and fight through it,” Chatman added postgame.

Stackhouse mentioned afterwards that the staff wanted to keep him under 15 minutes in the contest.

But for a 9-0 Governor run towards the conclusion of the first half, the Commodores held Austin Peay at arms’ length the entire afternoon. The Governors managed a measly 34 percent from the field in the first half and were frustrated by the athleticism of the Commodores. Vanderbilt took a 37-23 lead heading into the locker room.

The second half provided more of the same, however the Commodores were able to find their 3-point shooting stroke after starting the contest just 2-15 from downtown. Pippen Jr., Jordan Wright, Dezonie, Trey Thomas, Stute and Lawrence all knocked down triples in the second half as Vanderbilt finished 11-31 from deep. The Commodores opened up the half on an 18-6 run to go up 53-28 and put any ideas the Governors had about an upset bid to rest.

All of a sudden the Commodores are red-hot from behind the arc, with this Shane Dezonie three being the third of four in a row. Their lead is up to 25 as they really start to pull away.

Stackhouse was able to empty the bench in the second half as all thirteen healthy players saw minutes, including walk-ons Drew Weikert, Max Adelman and Graham Calton. For the game, the Commodores shot 44 percent from the field while limiting the Governors to just 37 percent shooting while forcing 18 turnovers in the process.

“The offense was much better. Those quick ball swings and ball reversals are really good for us to get comfortable threes. I thought we did a really good job of getting those,” Stackhouse added.

Vanderbilt will presumably head to Hawaii to compete in the Diamond Head Classic over the Christmas holiday. However, with COVID-19 cancellations rampant around the college basketball landscape, the status of the trip will be something to monitor over the coming days. The tournament will be the Commodores last chance to make an impression before the SEC schedule ramps up.