Antisemitic and anti-Black messages were written on whiteboards on campus, per the Office of the Dean of Students. 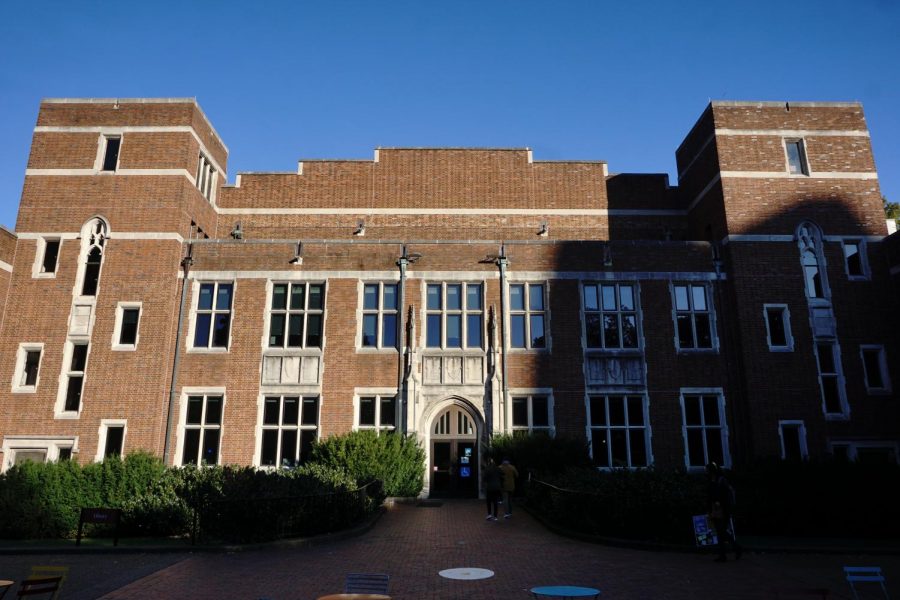 UPDATED: This story was updated on Dec. 9, 2021 at 5:30 p.m. CST to include a response from Vice Provost for Student Affairs and Dean of Students G.L. Black.

The university was made aware of and is investigating a report of an antisemitic statement that was written on a whiteboard in Central Library, per a Dec. 6 email sent to the Vanderbilt community from the Office of the Dean of Students. This notification follows a Dec. 4 email from the Office of the Dean of Students, which stated that the university was also made aware of a racist statement targeting Black individuals that was reportedly written on a dry-erase board in a Divinity School classroom.

President of Vanderbilt Chabad Ester Teper, a junior, said that she was not surprised by the timing of the antisemetic message given the recent conclusion of Chanukah.

“The Jewish holiday of Chanukah just ended, which is an eight-day celebration of Jewish resistance to being forced out of their homes, pushed to convert, and then killed if they did not oblige,” Teper said in an email to The Hustler. “Throughout the holiday, there has been a surge in antisemitic sentiments on college campuses and cities with high Jewish populations, reminding us of the importance to not only find the light, but also be the light.”

Black Student Association President Johannah Valentin, a senior, said she was not surprised by the incident in a message to The Hustler. She said she was grateful for the notification but doubted that anything would come of the report.

“Usually, something racist happens on campus at least once per semester, so hearing it wasn’t a shock to me since I was anticipating something happening,” Valentin said. “I am not confident that the culprit will be found or that any actions will be taken to hold them accountable. This administration follows a pattern – notify students, tell them that they will do something about it, and then never update us on the actions, if any, taken.”

Valentin and Teper stated that they did not know more about the details of either incident.

“Vanderbilt is thoroughly investigating both incidents and will take all necessary steps aligned with our values and policies. Vanderbilt takes these incidents—which are antithetical to our values of inclusivity, equity, and diversity—very seriously, and will work to hold those responsible accountable.” Black said in a Dec. 9 email to The Hustler. “It is also important to note, however, that student accountability matters, including related outcomes, are kept confidential in compliance with federal privacy law (FERPA) in order to protect the privacy of all involved.”

“These acts stand in direct opposition to Vanderbilt’s values of equity, diversity and inclusion and will not be tolerated,” the Dec. 6 email reads. “They also serve as a reminder of our responsibility to listen thoughtfully to one another and to support and protect every member of our community.”

Valentin suggested that students utilize resources such as on-campus identity centers, trustworthy students and professors, the Office for Equity, Diversity and Inclusion, the Center for Student Wellbeing, the Black Cultural Center and other student groups. Teper echoed that Chabad welcomes all students looking to learn more about Jewish culture and religion.

“Fundamentally, it is each and every person’s responsibility to recognize antisemitism in its more apparent forms and in its disguised forms, call it out, educate those who have such thoughts and beliefs, and come out the other end in unity,” Teper said. “The only way through matters of racism of any form, including antisemitism, is together.”