Reading about the true effects of caffeine will definitely jolt you awake. 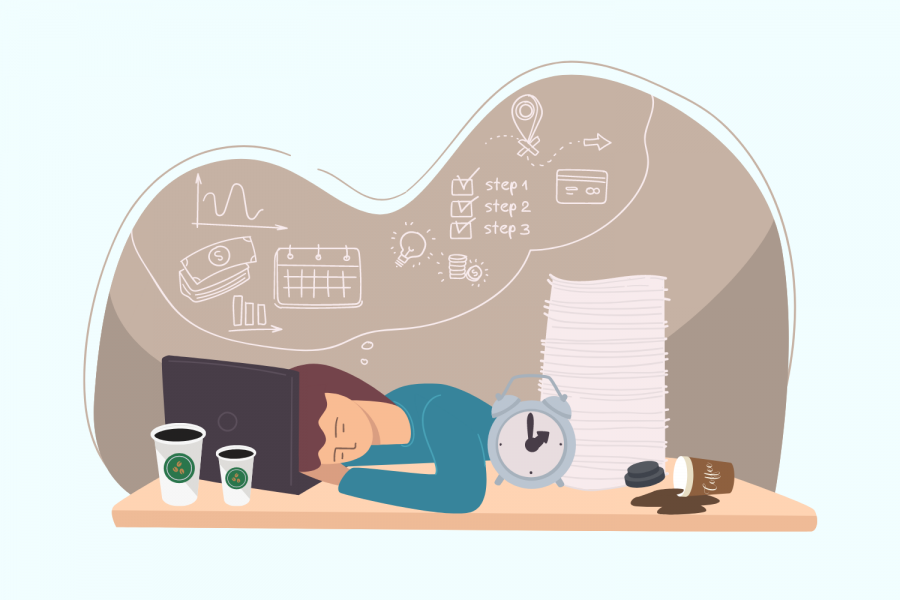 Feeling sleepy and need a quick pick-me-up? Say less bestie, caffeine’s got you covered! Though that swig of a Local Java mocha might feel good at first, what does caffeine actually do to your mind and body? Hold on to your pumpkin spice lattes, because you’re about to find out.

Biologically—and neurologically—speaking, caffeine is classified as a “stimulant” drug. A stimulant is a type of drug that’s responsible for elevating heart rate, boosting alertness and preventing sleep—three things that coffee is quite famous for. Caffeine operates on the brain by binding to existing adenosine receptors (bear with me here, humanities majors!) that are responsible for feelings of drowsiness and torpor. By deactivating these receptors, caffeine counteracts this drowsiness, helping you stay up to study for that Gen Chem exam tomorrow morning. The high might feel productive, but its effects can be quite detrimental once it fades.

With their rigorous course loads and extracurricular responsibilities, many Vanderbilt students rely on their daily trips to Suzie’s and energy drinks from Munchie Mart to get them through the day.

“I have pulled out six all-nighters so far for biology and chemistry, so I’ve consumed way more caffeine than usual,” said first-year Lamiya Adri, who relies on five to six cups of coffee to stay awake during her study sessions. “Sure, it has affected my eating times and sleeping times, but when you have to stay up, you have to drink caffeine.”

If you’re not looking to pull an all-nighter, though, coffee is probably not the key to sweet dreams.

“In my experience, drinking caffeine on a regular basis will make my sleep schedule out of sync and makes it hard to go to bed early,” first-year Joshua Stevens said.

Interestingly, caffeine does not affect everyone in the same way.

“Coffee helps me stay awake during class and throughout the day with no negative effect,” said first-year Leo Huang, an avid coffee drinker who drinks two to three cups of coffee a day.

This disparity can be explained by people’s varying levels of tolerance and how conditioned they are to the effects of caffeine. However, it’s important to remember that it is still a drug and has the characteristics of one—including addictive capabilities.

“If you’re a premed kid, you need three to four cups a day to survive, otherwise premed is not for you,” Adri pointed out.

It is essential that we educate and spread the message so as to encourage individuals to exercise safe and healthy studying practices. Don’t get me wrong, we’re not saying to flush that delicious brew of coffee down the toilet—but we are encouraging you to be careful of your consumption. Much like alcohol, our advice is simply this: drink responsibly.  Drinking responsibly can range from anywhere to monitoring your daily caffeine intake to actively restricting yourself to a certain amount of consumption per day or week—all you need to do is pay a little closer attention.