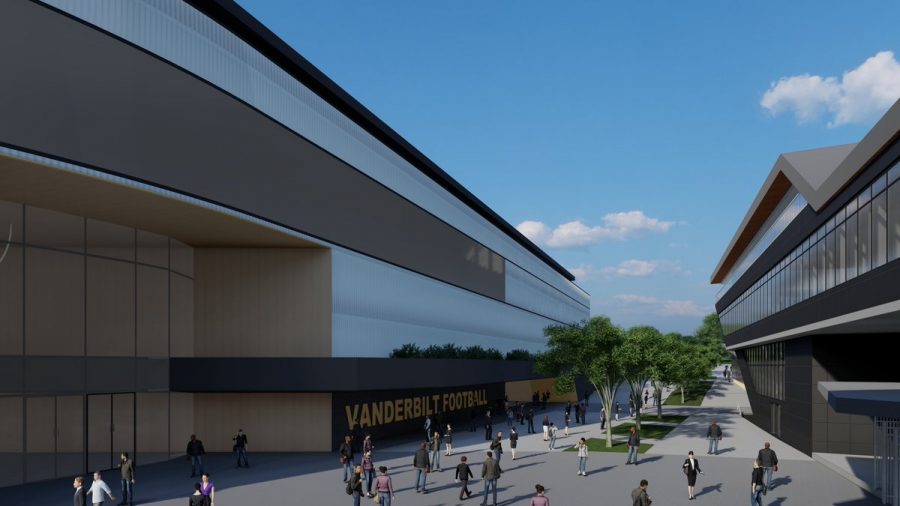 Vanderbilt University and athletic director Candice Storey Lee released detailed renderings of new athletics facilities on Friday. As part of the Vandy United fund, the University provided more detailed information and mock-ups of what the new facilities will look like on its website and dove into specifics for each new facility. The announcement also indicated that preliminary construction steps would be starting in the first quarter of 2022 with ground set to break in fall 2022.

The renderings show the east and west sides of Vanderbilt Stadium will now be connected via the basketball operations center in the north end zone. They also show that Jess Neely Drive will be closed to traffic in favor of a green space similar to the Kensington Place project Vanderbilt undertook just three years ago.

“Vandy United represents our vision for what is possible for Vanderbilt Athletics, as well as our commitment to bring that vision to life,” Lee said in a press release. “After months of hard work to create and refine designs that reflect and honor who we are as a university, these initial renderings are another important step in our journey. Much work remains to transform renderings into reality, but it is easier today to see where we are headed.”

The announcement began with a detailed look at what the new basketball operations center will look like. The new facility, which will have multiple floors and contain two practice gyms, will be located in the north end zone of Vanderbilt Stadium and will provide upgrades to the stadium as well. The operations center will include new student-athlete locker rooms and lounges, a new weight room, and a new athletic training facility as well. It will also add new premium hospitality and seating, a new videoboard, and a visiting football locker room. The north end zone facility will connect the stadium’s east and west concourses.

At the other end of the basketball operations center will be a series of upgrades to Vanderbilt Stadium’s south end zone. A new multi-floor building will replace current south end zone seating in the stadium and house essential football game day facilities, including locker rooms, dining and athletic training. For fans, the south end zone will offer premium seating options such as boxes and suites and a completely renovated concourse twice the size as its current footprint.

“Bold action requires inspiration and imagination, and I am pleased to see the spirit underlying Vandy United come to life in these renderings,” Chancellor Daniel Diermeier said. “Vanderbilt’s mission is to bring together talented people and provide them with the tools and supportive environment to grow and realize their potential over the course of a lifetime. This requires ongoing investments. As we take the next steps with Vandy United, these plans depict not just new buildings but this university’s enduring commitment to provide student-athletes with the space to excel and grow as members of one community.”