A poor shooting performance and 20 turnovers were too much to overcome for Vanderbilt against Little Rock on Friday. 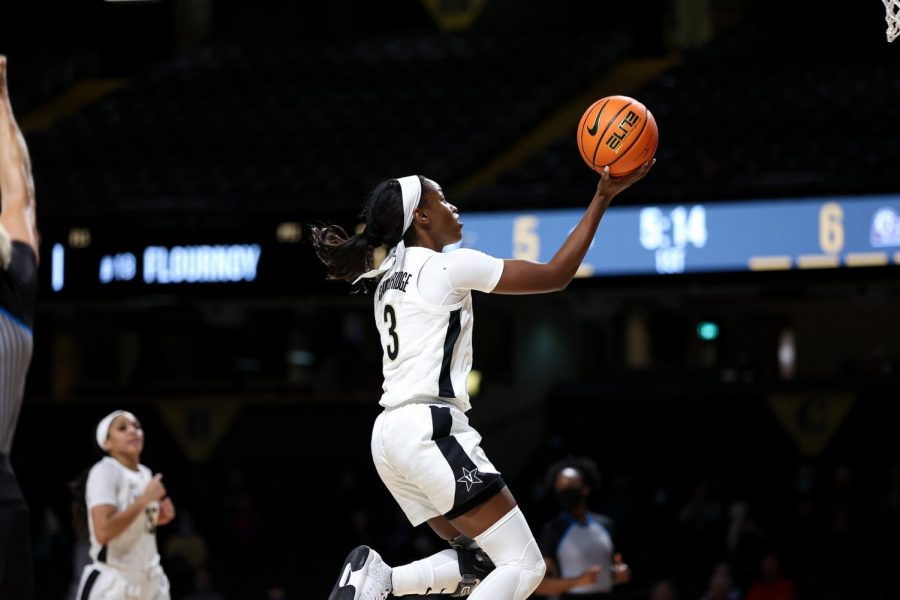 After beginning the Shea Ralph era in style on Tuesday night, the Vanderbilt Commodores dropped their first game of the season on a brisk Friday night in Nashville to the Little Rock Trojans, 56-40. The Commodores were held back by 32.7-percent shooting from the field, just six free-throw attempts for the game and 20 turnovers—their second straight game with 20-plus giveaways.

“We are still learning about our team, learning about ourselves, learning how to be consistent at everything that that we do. Obviously, 40 points is just not good enough,” Ralph said after the game. “I have to find a way to put them in better positions to be successful.”

Ralph elected to begin the contest in a 2-3 zone, thus forcing the Trojans to shoot mostly outside jump shots to begin the game. The Commodores were able to force four early turnovers in the first quarter, but four of their own kept the game tight heading into the second frame. Nonetheless, the Commodores held Little Rock to just 40-percent shooting for the game—much to their head coach’s delight.

“I think that our defense was really really good. We had a lot of energy, our effort was great. Our communication was great. And you know, they made some shots that were tough shots,” Ralph said. “I thought overall for the first time we played that 2-3 zone, it looked pretty good.”

Little Rock used eight second-quarter Commodore turnovers to further pull away by the half, leading 25-18. Vanderbilt struggled to execute against the Trojan defense and even when they did get shots off, they didn’t convert, finishing the half shooting an abysmal 33 percent from the field, which Ralph partially attributes to physicality.

“We can’t get out-toughed in terms of when we’re trying to run our things,” Ralph said. “Just letting people bump us off our cuts, bump us out of position. And that’s where our timing’s off a little bit.”

The third quarter wasn’t much better for Vanderbilt. The Commodores continued to struggle from the field, en route to just 11 third-quarter points. Freshman Iyana Moore was a bright spot for Ralph’s group and she notched three of her eight points in the third quarter. Brylee Bartram led the way for Vanderbilt with 11 points.

Vanderbilt cut the Trojan lead to as little as nine late in the third quarter, but was unable to complete the comeback The Commodores shot just 5 of 22 from 3-point range on Friday and converted just half of their six free-throw attempts.

Despite the loss, Ralph took a minute to discuss the recent Vandy United announcements from earlier in the day. Vanderbilt and athletic director Candice Storey Lee released detailed renderings of what the $300 million fund will help to create.

“I hadn’t seen a lot of what was put out today, but I’d seen some of it. Candice and Chancellor [Daniel Diermeier] have been wonderful in involving us down to every detail. We’ve been talking about this for months,” Ralph said. It’s an incredible partnership. And we’re so excited that the university is investing in athletics.”

Ralph credited Lee and the university for continuing to invest in athletics.

The Commodores will be back in action on Monday when they make the short drive to Murfreesboro for a matchup with MTSU at 6:30 p.m. CST.