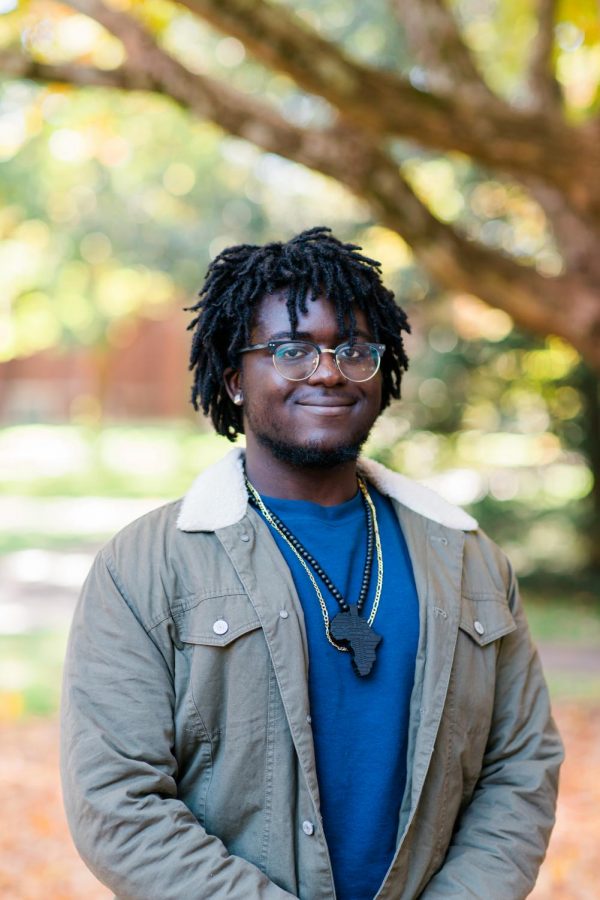 With advanced tech on the rise, learning new languages is easier than ever. Over the years, many apps have been created to introduce a wide selection of languages for eager learners.

But what happens when your culture’s languages are constantly overlooked? How can you learn languages with disproportionately fewer available resources?

Vanderbilt sophomore Wenitte Apiou found himself in this exact position. A native to the Western African country of Burkina Faso, later raised in Ohio, Apiou’s multicultural upbringing has exposed him to numerous languages. Growing up, he commonly spoke French and English at home, but he had a great desire to learn his family’s native tongues, such as Mooré and Kassem.

“I wanted to increase my ability in indigenous languages of my country. Even though French is my mother tongue, it is not my language. It is the colonizer’s language imposed on the society which I am from,” Apiou said. “I’ve noticed that a lot of people in a similar demographic to me have a similar desire to learn their parents’ mother tongue, but they just did not have the opportunity to learn it.”

Apiou said that many African immigrants and their families are often pressured to prioritize English upon arriving here. Overtime, newer generations lose aspects of their ancestors’ culture and are unable to learn their native tongues due to the lack of accurate educational resources. Apiou wanted to be able to communicate with his extended family, so he got to work trying to figure out a solution to this problem.

As a double major in electrical engineering and math with a background in coding, Apiou’s interests inspired him to create an African language learning app called Mandla. The name of the app is derived from the Xhosa and Zulu word for power, “Amandla,” which was used as a rallying a cry against Apartheid.

The official Mandla website states that the goal of the project is to “preserve and promote African cultures through language, empowering [communities] of thinkers, dreamers and doers everywhere.”

With the support of his collaborative team, including fellow Vanderbilt sophomore Delanyo Mensah, Apiou was able to kickstart Mandla. Financial support from donors helped fund technology used to design the app as well as the hiring of native speakers who could contribute to the database. The team felt that it was important to include authentic pronunciations and spellings to create a conducive learning experience. Following linguistic advice, they gathered a list of common English words and phrases that were then translated by native speakers for each individual language. As of now, there are currently 15 languages supported by the app, with the most popular being Yoruba, Igbo and Twi.

The app is currently designed to help English-speaking users learn one or multiple of the 15 African languages offered, but the app promises to adjust to serve those with other native languages in the future. Once your desired language is chosen, you are asked to give a reason as to why you want to pick up the new language, presumably to best cater to the users’ individual needs. Cultural immersion, school/work, travel and friends/family are all options, with an additional “other” option.

Next, you are asked your experience level—are you a first-time learner or do you have some familiarity with the language? Either option leads you into a basic introductory course that uses visual aids to assist you in adopting new vocabulary. For example, a picture of someone scratching their head asks you to then select the Amharic (language I chose) word for head. There is also a voiceover feature to help with pronunciation.

A good portion of the app’s initial users consists of Vanderbilt students. Many gave positive feedback on the app saying they hope that the language selection will continue to expand, which is one of the team’s long-term goals for the app.

After testing out the app ourselves, we were impressed with the software, which is comparable to leading language apps like Duolingo. While there are some occasional technical glitches, Apiou has goals to improve the app. The aim is to include at least one major language from each African country. Other plans for improvement include introducing an accurate spoken translation model similar to Google Translate, a crowdsourcing option that allows speakers to add additional words, conversational prompts and custom vocabulary reviews.

“As we’ve been building this, we’ve run into a lot of people who want to create something similar but for a different subset,” Apiou said. “I think we’ve spoken to someone who said that they want to do a similar project for various languages spoken in India besides Hindi. We’ve also been contacted by a group of people in Turkey who wanted to do a similar thing for languages spoken in that region.”

In addition, Apiou said that the Mandla team is interested in potentially sharing the app’s technology with those who desire to create digital resources but have no experience in coding. This translation technology could help generate accessible educational resources for thousands of low resource languages around the world. Despite the vast range of language apps already available, many of them fail to include major non-Western languages spoken by billions of people with some even prioritizing fictional languages from fantasy series. Projects such as these can create a network of ideas that values cultural diversity and representation for all.

And this is just the beginning. Apiou said he sees himself integrating cultural education into his future career and that he values contributing his knowledge to his community.

“I’m interested in creating solutions for my community,” Apiou said. “I am very proud to be black, I’m very proud to be African and I can’t imagine a life where I don’t use what I’m learning in school to benefit the communities that I care about.”