Five things you learn living in a triple

A first-year’s take on an unexpected housing situation. 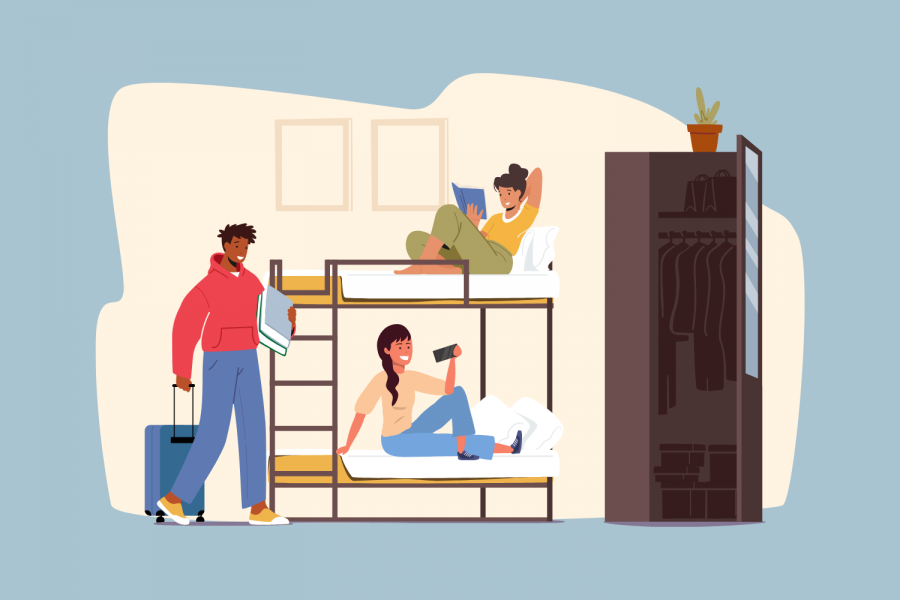 As a first-year, I’m often asked the name of my roommate. I have to correct the asker of this innocent question—because I live in a triple, and I have two.

When I opened the envelope from Vanderbilt’s Office of Housing and Residential Experiences in August, my first reaction was sheer terror. Upon reflection, this clearly was an overreaction! Yeah, I had filled out the roommate survey in the spring that asked about my preferences for the temperature of the room, what time I went to sleep and how early I woke up, among other things—but I had only expected to have one roommate with which these things might become an issue. Having two was an unexpected (and fantastic) surprise.

Here are five things I’ve learned living in a triple on the Ingram Commons:

The space is small.

According to the floor plan circulating on the Internet, our room is categorized as a 200-square-foot double. This space can feel even smaller when all three of us are home. We’ve tried to maximize the space by putting the desks under our beds, but the middle of our room can feel like a single lane road, where you need to figure out just how to maneuver your body to pass. And, if we start getting messy, the single lane can be more like an obstacle course!

Wake up to your alarm and don’t forget to turn it off.

This may seem intuitive, but, as college students, we sometimes forget to turn off our alarms after waking up. Being in a triple means that two other people are in the same space, so your alarm for your 9:10 a.m. class is a nuisance for two girls who are trying to sleep.

There is always someone nearby.

While my roommates and I each have distinct interests and are in different classes this semester, at least one of my roommates is likely to be in my vicinity at all times. While this does mean less opportunity for alone time, it also means that I’m twice as likely to always have someone to eat lunch with, someone to get me into the dorm if I forget my keys or someone that will go with me to a campus event (homework allowing). On the same note, we also have double the chance of getting the “freshman flu.” Shudder.

You do not get a discount for room and board.

While other schools such as Cornell offer discounts for students living in triples, Vanderbilt does not, which means that we are paying the same amount for room and board as students who are in large singles. From a financial perspective, this seems a little odd, given that we are occupying less space per person.

There are more places to visit on breaks.

One of my roommates is from the Nashville area, and during fall break, we were able to visit her family and have a home-cooked meal—without dealing with the insanely long Rand lines. My other roommate is from Los Angeles, and I am from New York City. As a result, we’ve got both the East and the West Coast covered, and we even have a little Southern territory, too. Maybe we’ll even take a cross-country road trip, but, since I’m from New York City, I first need to learn how to drive!