Vanderbilt’s first-year head coach Shea Ralph met with the media on Friday afternoon to give an update on how the Commodores are progressing a few weeks before their season begins. 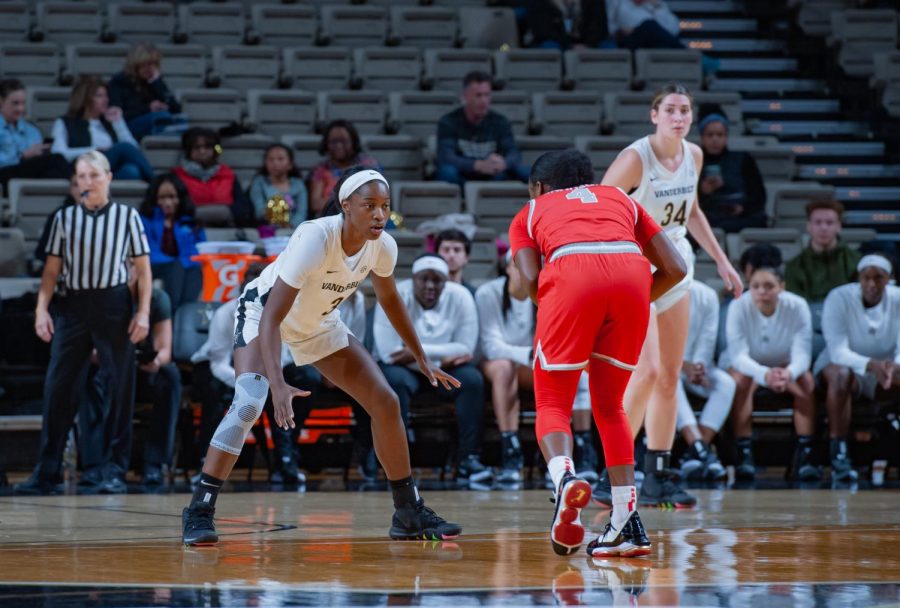 Jordyn Cambridge had four steals in the Commodores 80-46 victory over Radford in 2019. (Hustler Multimedia/Truman McDaniel)

Vanderbilt women’s basketball is just around the corner, as the team will kick off their season in just under two weeks when they welcome Gardner-Webb to Memorial Gymnasium.

First-year head coach Shea Ralph will take over for the departed Stephanie White. Ralph has a tall task in front of her after a turbulent 2020 season and offseason and is focused on reestablishing the winning tradition inside the women’s basketball program from the inside out.

“We’ve really put a huge emphasis and focus on our culture. We’ve been laying the foundation of a healthy championship and winning culture. That takes consistency, time, patience and an incredible amount of investment from everybody involved with the program,” Ralph said on Friday. “I spent a lot of time trying to put together the right staff to make sure that we had that championship culture in leadership.”

Ralph arrived on West End after spending the past 13 seasons at UConn. The Huskies won six national championships during that span, and Ralph coached many UConn greats such as Maya Moore, Breanna Stewart and others. One of those Huskies was the now-Olympian Napheesa Collier, who was the sixth overall pick by the Minnesota Lynx in the 2019 WNBA Draft. Collier stopped by practice a few weeks ago to impart some knowledge on Ralph’s new Commodore team.

After an offseason of roster turnover, including the moving-on of the Commodores’ three leading scorers from a year ago, Ralph has had to figure out how to configure her schemes with a younger roster in the preseason.

“The challenge is that the idea that I have for this team is not something that I can be so stuck in. Everyday we’re finding a way to put our team in a position of success both on offense and defense,” Ralph said. “Some of that looks like what I thought it would, some of it doesn’t. It’s important for me to be flexible and to know my players well enough to bring out the best in them.”

Senior guard Jordyn Cambridge joined the media as well on Friday. Cambridge is coming off another major knee injury and didn’t see action in the shortened 2020-21 season. Nonetheless, the Nashville native (Ensworth) will be one of the key leaders for this year’s squad as one of just two returning seniors.

“I’ve spent a lot of time working my butt off to get back. It’s no secret that this isn’t my first time dealing with an ACL [injury], so this time I was way more prepared to tackle it,” Cambridge said. “I am completely healthy. The rust is completely knocked off. I’m just ready to play in a game.”

Ralph mentioned some other nicks and bruises that have crept up as early season practice ramps up, but there are no major injuries to the squad. Demi Washington, who was shut down last season due to COVID-19 complications, is practicing in full and looks great according to Ralph. She confirmed that Cambridge is a full go as well.

“She looks great [coming off the injury]. She’s one of, if not, our hardest working players. She’s matured as a basketball player. She’s a wonderful leader and we’re thrilled that she is healthy,” Ralph added on Cambridge.

The Commodores will continue preseason practices until their season officially kicks off on Nov. 9 in Nashville.