The Vanderbilt Hustler spoke with Tanner Marlar, sports editor of The Reflector, to preview the Commodores’ matchup with the Mississippi State Bulldogs. 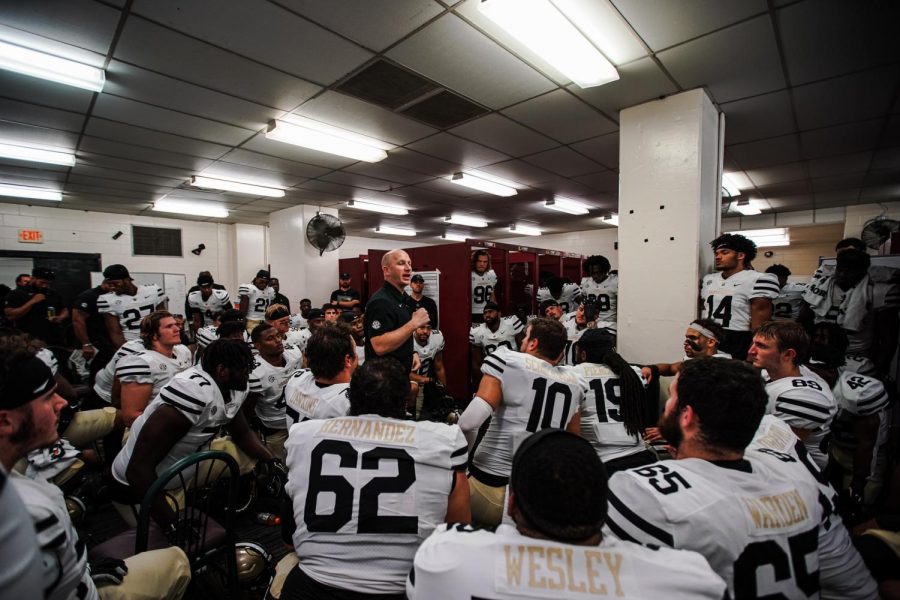 This Saturday, Vanderbilt looks to bounce back against the Mississippi State Bulldogs after losing to South Carolina 21-20 in heartbreaking fashion last weekend.

The Vanderbilt Hustler spoke to Tanner Marlar, the sports editor of Mississippi State’s The Reflector, to preview Vanderbilt’s matchup against the Bulldogs.
Vanderbilt Hustler: Starting quarterback Will Rogers suffered an AC joint sprain last week, what should Vanderbilt fans know about what is going on in the Mississippi State quarterback room?
Marlar: With Rogers being day-to-day, I fully expect that to be lifted. He’s probably going to be participating in practice this week. Obviously he wasn’t 100-percent in the Alabama game, but he was able to finish it out. I don’t see them throwing backup quarterback Chance Lovertich there just yet. I see Rogers stepping on the field Saturday. I figured they keep him day-to-day throughout the week and let him start come this game day.
Mississippi State has played in three nail biters this year: a two-point loss to Memphis, a three-point LSU defeat and a four-point victory over Texas A&M. What have been the themes in these games?
In the losses specifically, a lot of it comes down to miscommunication. Mississippi State so far this year has just had this tendency to shoot itself in the foot. Being extremely young is another reason for being unable to finish out close games. You’ll see the same team probably for the next two years, pound for pound. A lot of it goes to the quarterback, he decides when to throw the ball and he needs to read and react.
After Alabama lost to Texas A&M, they went on to defeat Mississippi State 49-9. What went wrong for the Bulldogs last week in this 40-point loss?
Obviously you start with the first quarter when Will Rogers threw two interceptions after coming into that game only having two on the year. A lot of people will say, well, maybe that’s because he wasn’t feeling well that day, or maybe because he was hurt. After the game, Rogers said his miscues were due to some miscommunication and it’s a big game environment against the Crimson Tide. Rogers made some throws that were out of character and some receivers ran some routes that were out of character, too.
How will the Bulldogs defense fare against a dual-threat quarterback such as Mike Wright?
The MSU front seven has been the solid piece of this defense. So far this year, the big plays that have been given up have typically not been on the ground or out of the pocket. The big plays have been from blown coverages and losing 50-50 balls. I believe that MSU’s front seven is going to be able to deal with a lot of things. This front seven will be able to stop the run, whether it is a handoff or out of the pocket.
What have you seen from the Vanderbilt Commodores this year?
Vanderbilt is a lot more dangerous than they have been in years past. They have multiple weapons at this point. You know, it’s not the same Vanderbilt team that walked on the field two or three years ago. They’re somebody you have to respect, don’t get me wrong. I think it’s going to be a lot more spread out than what people are used to seeing for Vanderbilt. Vanderbilt will be more run-heavy with Mike Wright at the helm.
Lastly, what’s your final score prediction?
41-19 MSU.