The Commodores delivered encouraging performances ahead of the SEC Championships. 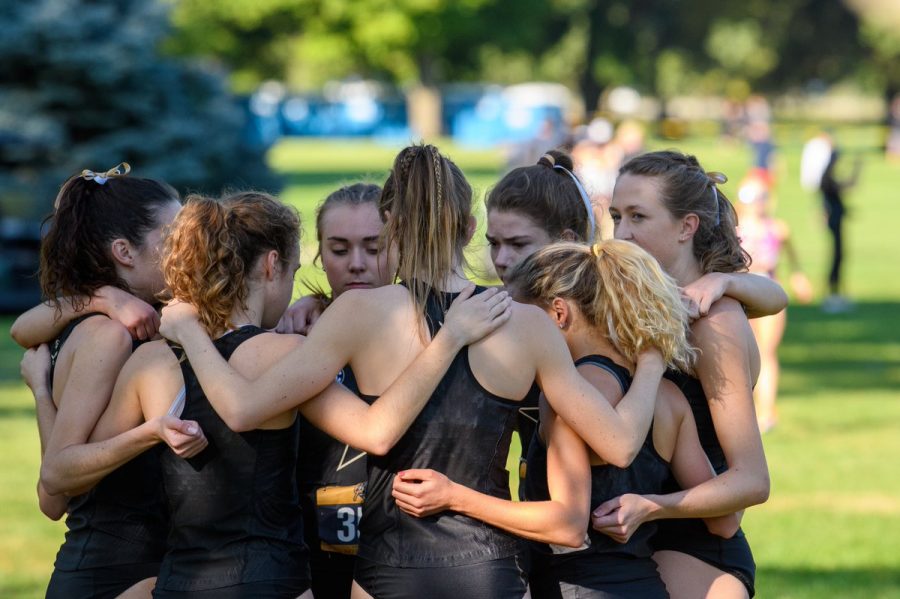 The Vanderbilt cross-country team huddles after a meet in October, 2021. (Vanderbilt Athletics)

Vanderbilt’s cross-country teams competed Saturday, Oct. 16, at the Blazer Classic in Birmingham, Alabama, against a field of 17 teams that included Belmont, Lipscomb, Clemson and host University of Alabama-Birmingham.

The Commodore women won their 6-kilometer race in convincing fashion, and the men finished fourth in the 8-kilometer race within a crowded field behind first-place Belmont.

On the men’s side, seniors Matthew Estopinal and Nick Laning continued their strong seasons, running times of 24:31.4 and 24:36.4 to finish second and fourth, respectively. They were followed by fifth-year senior Caleb Van Geffen, who placed 25th with a time of 25:33.8.

Behind the upperclassmen mainstays, freshmen on both teams again impressed. Cameron Fawcett finished 13th in 22:01.4 and Philip Metcalf finished 44th in 26:07. Both contributed as the fourth scoring runners on their respective teams.

Head coach Althea Thomas was encouraged by the teams’ showings in the final meet of the regular season.

“It was very, very good,” Thomas told The Hustler. “Good to see the team go down to Birmingham and hit it one last time before getting ready for the championship season.”

Vanderbilt’s next meet is the SEC Championships on Oct. 29. The Commodores will return to the Gans Creek Cross Country Course in Columbia, Missouri, looking to advance to the NCAA South Regionals and make a statement in Thomas’s inaugural season.

The coaching staff and student-athletes have been stressing the importance of peaking during the championship stretch of the season since the beginning of their training. So, while they will tweak their workouts in the coming days to match their season-long training progression, the Commodores’ focus will remain the same.

“[Will there be] a shift in mindset? No,” Thomas said. “A shift in the intention and the design of the training? Yes. It’s time now to put it all together.”

As for the race itself, Thomas is confident in the abilities of her runners. She thinks a level approach will bring out the best in the Commodores for their biggest meet yet.

“The key to success will be to remember who you are and perform what you’re capable of,” Thomas said. “And then everything else will take care of itself.”