Despite a few individual solid performances, the Vanderbilt Commodores took ninth at the Colonial Collegiate Invitational. 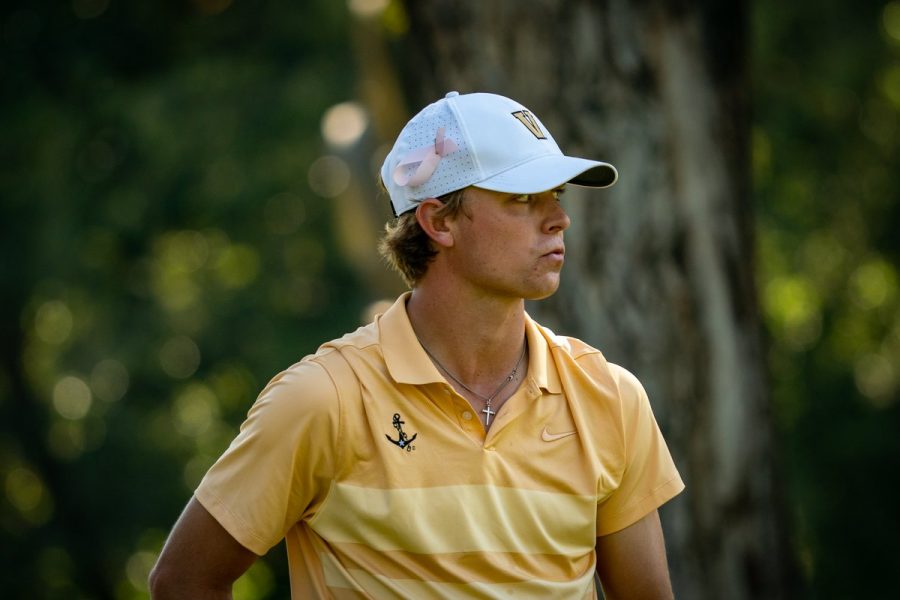 The Vanderbilt Commodores participated in the five-count-four Colonial Collegiate Invitational from Oct. 4-5 in Fort Worth, Texas. Vanderbilt was looking to improve on their fifth-place finish in Pebble Beach, but underwhelmed in their second event of the season.

The Commodores finished strong in their  final round on Tuesday, but their struggles in the first two rounds were too severe to mount back from. Vanderbilt had a combined score of 24-over through two rounds, placing the team outside the top 10 of the 15-team field.

“We didn’t play the Vanderbilt golf standard,” freshman Gordon Sargent said. “Thinking about results more as a team than as individuals, that’s what we’ve got to get better at.”

Sargent’s round-one 72 on the par-70 course was the lowest Commodore score of the first 18 holes. He was joined by a 73 from senior Michael Shears and two 74s by junior William Moll and senior Reid Davenport. Fortunes didn’t improve much in the second round of the day, with all five Commodores finishing over par. Shears improved to a 71, and fifth-year Harrison Ott improved from his opening 75 to a 73. Overall, the Commodores were quite underwhelming in the first couple rounds.

The closing round proved better for Vanderbilt, but it wouldn’t be enough. Moll shot a team-best 68 on Tuesday, finishing in the top 30 individuals. He was joined by Sargent, who concluded with a 71 to tie Moll at 6-over.

“We all struggled a little bit, but we played a solid final round. We’re all still getting used to playing together as a team” Sargent said.

All five Commodores stayed in the top 50 individually. Shears ended 7-over, Ott at 8-over and Davenport finished 10-over. Vanderbilt had good individual flashes, including Sargent making three birdies in four holes on Tuesday. However, the slow start proved too much of a mountain to climb, and the Commodores finished in ninth, a full 26 shots behind the champion Stanford Cardinal.

“We’re all just working towards that goal at the end, which is a national championship, and we can still achieve that even with the start that we had,” Sargent said. “We’ve just got to sync up the process and build it up as a team.”

Although Vanderbilt has not gotten off to an ideal start to the season , the Commodores have another opportunity to get back on track on Oct. 10, when they’ll travel to Birmingham, Alabama, for the SEC Match Play Championship at Shoal Creek.