After his team's second win of the season over UConn on Saturday, head coach Clark Lea discussed an upcoming trip to Gainesville to battle No. 20 Florida. 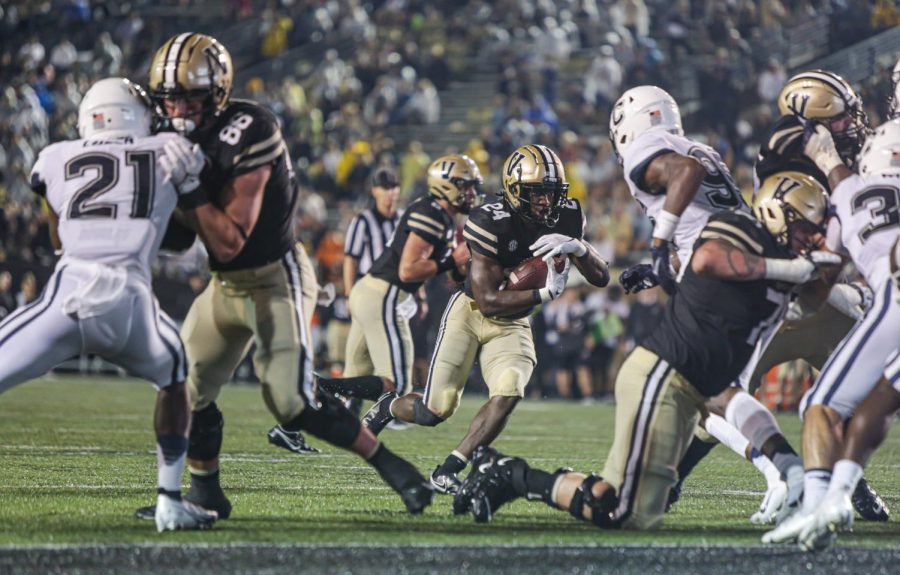 After a nail-biting, last-second victory over Connecticut this past weekend, head coach Clark Lea and the Vanderbilt Commodores (2-3, 0-1) have returned to practice ahead of a matchup with the No. 20 Florida Gators (3-2, 1-2) this coming Saturday. Lea spoke with the media on Tuesday, acknowledging the boost in morale the 30-28 win provided his group in the team’s final nonconference game.

“Obviously when you get the result you want, the mood lightens,” Lea said on Tuesday. “Hopefully we’re building on the week of prep that we had last week, because I thought that was our best. We’re scheduled to have a great practice this afternoon, so I’m expecting that from the players and they’re excited to go on the road and to have a chance to to battle out in SEC play on the road.”

Waiting on the other end of the first of two away games for the Commodores will be the Gators, who dropped their second contest of the season this past weekend to the now No. 16 Kentucky Wildcats. The Commodores are currently 38-point underdogs and enter the game not having beaten Florida since 2013.

“[Florida is] talented. I think the starting point [for us] is those self-inflicted wounds from early in the Georgia game. Let’s get out to a better start and give ourselves a competitive chance. Then design around the matchups,” Lea said. “It’s gonna be about us. It’s gonna be about getting off to a better start, again not having the self-inflicted wounds and putting ourselves behind early, and then trying to get to that one-possession game in the fourth quarter where the pressure’s on the opponent.”

Getting off to quick starts has not been a strong suit for Lea’s first team. The Commodores have fallen behind in every game but one so far in this young season. But one way they could potentially put some early pressure on Florida is through the passing game. After a career-high 333 yards through the air last weekend, this weekend will be a great chance for quarterback Ken Seals to continue showing consistency. He found sophomore wide receiver Will Sheppard for two touchdowns this past weekend, a connection that Lea has admired throughout training camp and the young season.

“[Sheppard] has found a level of production that has helped us win a couple of games, and we’ve got to keep with that rhythm because obviously there’s a chemistry developing there that’s going to be beneficial to us,” Lea said. “So I’m proud of Will. I’m proud of the distance he has covered to this point. But I’m excited about where we can get with him through to the end of the season.”

Going on the road for the first time in the SEC is no doubt a big challenge, but its even amplified when going up against a talented Florida offense led by quarterback Emory Jones. The junior signal-caller has led the Gators to over 25 points in all but one game this season and is fifth in the SEC in total rushing yards with 439.

“The quarterback makes it go,” Lea said. “I think anytime you start running the quarterback, it’s about teaching defensively who has responsibility for him as a runner. You start to split guys between perimeter screens and playing the outside after the quarterback. It takes alignment discipline, key discipline, post-snap footwork. There’s a fundamental technical approach to this that gives you the best chance to close the space.”

Limiting chunk plays and gaining chunk plays of their own will be paramount for Vanderbilt this weekend. With a couple more days of practice leading into this difficult contest, Lea and his team will continue to focus on Vanderbilt and what it can control on its own sideline.

“We’ll spend our time in practice this week preparing our plan to limit their explosive ability. Kentucky was able to do a good job of that at times, and we need to do the same,” Lea said. “So our guys will be excited for that. It’ll be a good week of prep and a good challenge on Saturday.”

The Commodores will travel to Gainesville later this week to battle the No. 20 Florida Gators at 11 a.m. CDT this Saturday.