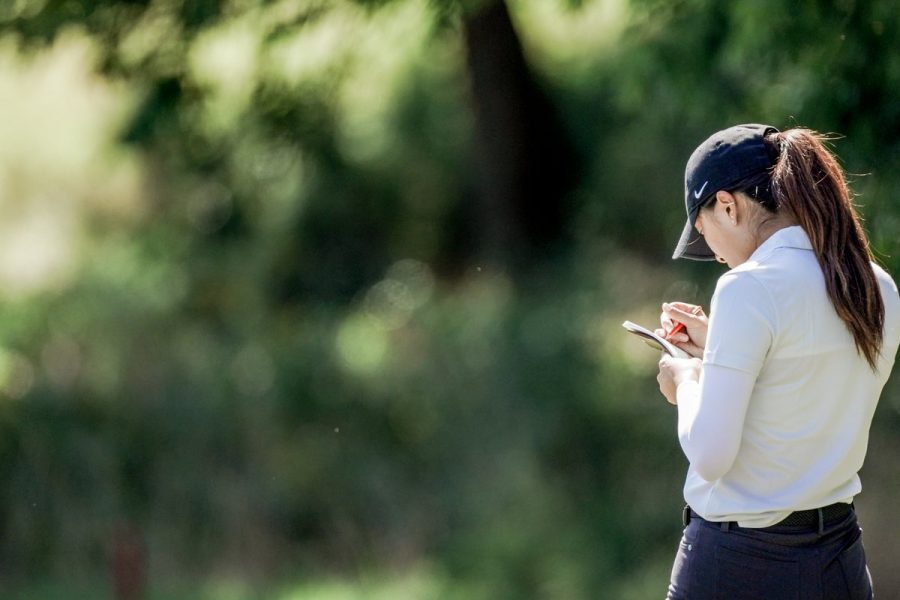 In Vanderbilt’s second tournament of the season, the women’s golf team tied for sixth overall at the Mason Rudolph Championship in Franklin, Tennessee. The three-day tournament from Sep. 24 to Sep. 26 was highlighted by the admirable play of senior Auston Kim. Kim finished the tournament 8-under par and tied for third place after finishing fourth at the Cougar Classic a week prior.

The Commodores came out of the gates on a tear, finishing with 16 birdies, including a 7-under score of 65 for Kim, and an overall 6-under par team performance that put them in second place with 36 holes remaining.

Vanderbilt looked to build off of their momentum from Friday during the second round of the tournament, but lost a bit of steam.. The Commodores were unable to capitalize on enough birdie opportunities, as they totaled a 9-over par on Saturday due to several putts nearly missing the cup. The Commodores slipped three spots on the leaderboard and were tied with Auburn in fifth place when Saturday concluded.

“We didn’t make very many birdies,” Allen said. “We had so many putts that burned the edge. But that’s golf and I’m proud of how we battled.”

The Commodores’ resilience was shown in the final round of the Championship, re-finding their success from round one and shooting an even-par 288. Kim posted a 3-under 69, moving her 11-under tournament score into third place of the tournament. Ariel Yu, Jayna Choi and Louise Yu made the top-50 for individual scores, resembling a weekend of consistent golf.

“We got out to a really good start on Friday and it fizzled out after that,” Allen said. “We hit the ball fine, we just did not make enough putts and were not quite healthy.”

The Commodores competed without All-American Celina Sattelkau for the second week due to COVID-19 protocols. Although all of the Commodores continue to step up, Allen is eager to see Sattelkau back on the course wearing the Black and Gold.

“The thing that is hurting us the most right now is not having Sattelkau out there leading us,” Allen said. “She’s super tough from start to finish. She’s like a bulldog, fighting for every shot.”

The team’s next tournament—the Ruth’s Chris Tar Heel Invitational —will be played from Oct. 15 to Oct. 17 at UNC Finley Golf Course in Chapel Hill, North Carolina.