A pair of Commodores reach singles quarterfinals at ITA Regionals

The Vanderbilt Commodores had some strong individual performances at the ITA Ohio Valley Regionals, but failed to advance further. 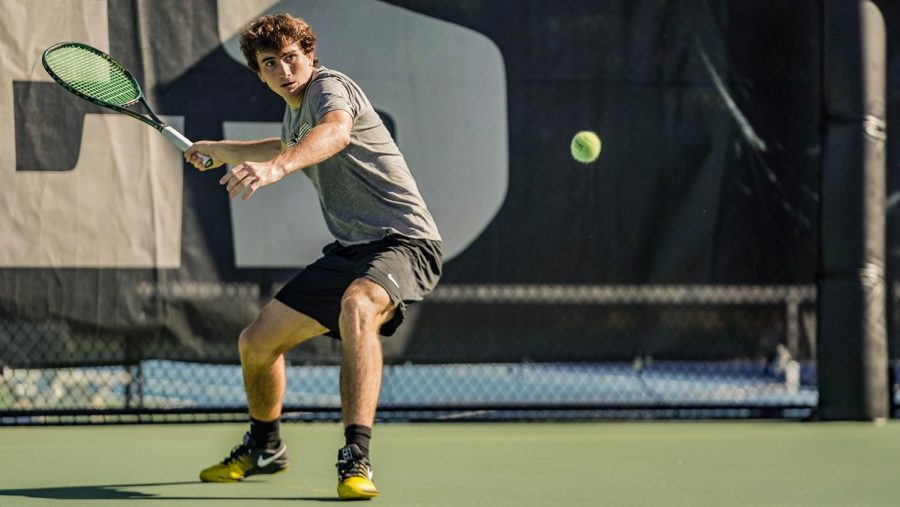 Two Commodores reached the singles quarterfinals at the ITA Regionals this past week. (Vanderbilt Athletics).

Last week, the Vanderbilt Commodores men’s tennis team competed in the ITA Ohio Valley Regionals in Knoxville, Tennessee. The Commodores entered nine singles and four doubles teams into the field, and saw two individuals and one doubles team into the quarterfinals. Among them was sophomore Jeremie Casabon, who recently returned from COVID-19 isolation and an infection that kept him bedridden for several days.

“To see [Casabon] win four matches to get to the quarters was really positive, especially on Friday when he had to play two matches,” head coach Ian Duvenhage said of Casabon’s performance.

Casabon’s second Friday match was a three-set marathon against Texas Tech’s Carlos Vincente, winning 4-6, 6-2, 6-4. In the end, the Commodore was defeated by Tennessee’s Shunsuke Mitsui, 6-1, 6-0. Casabon was joined in the last eight by junior Joubert Klopper, whose run was stopped by Gabriel Diallo of Kentucky. Before that, Klopper impressed with four victories that included a three-set comeback over Butler’s Alvaro Huete.

“He’s our most improved player at this stage and he played some really good tennis over the weekend,” Duvenhage noted. “He proved [against Diallo] that he could play with the best in college tennis.”

Elsewhere in singles, fifth-year George Harwell and senior Macsen Sisam were eliminated in the round of 16. Junior Siim Troost and senior Marcus Ferreira made round three, while fifth-year Max Freeman and freshman Michael Ross fell in the second round. Sophomore Connor Robb-Wilcox was the only Commodore defeated in the first round.

The Commodore doubles teams were led by Troost and Ross, who won three matches to reach the quarterfinals before they lost to a talented team from Memphis consisting of Oscar Cutting and David Stevenson, 8-5. Harwell and Freeman won their second round match but were defeated in round three, while Rob-Wilcox and Casabon were eliminated in their first match. Klopper and Ferreira opened the event with a win, but were defaulted in the second round due to misconduct.

“We talk a lot about the fact that playing and competing isn’t something we have to do, it’s something we get to do,” Duvenhage said. “We felt that under the circumstances, it was an opportunity we wanted to take away because we weren’t quite happy with the attitudes.”

Duvenhage did not elaborate further on the reason for the pairing’s exit.

Next up for Commodore men’s tennis is the ITA All-American Championships, at which Harwell, Freeman and Ferreira will be competing. The week-long event begins Oct. 4 in Tulsa, Oklahoma.