The Vanderbilt Hustler spoke with Matthew Welsh of the University of Georgia’s The Red and Black to preview Vanderbilt’s upcoming game against Georgia. 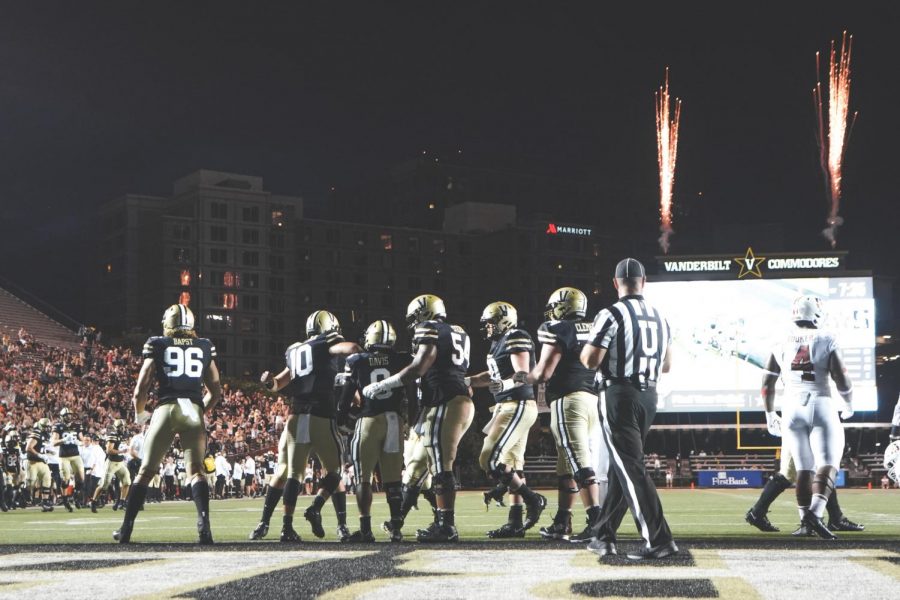 The Hustler went Behind Enemy Bylines and interviewed Matthew Welsh of the University of Georgia’s The Red and Black to preview Vanderbilt’s matchup with Georgia.

Vanderbilt Hustler: As the No. 2 team in the country, and following two blowout performances, is there anything the Bulldogs are wary of coming into Vanderbilt week?

Matthew Welsh: You know, I think it’s always important to understand that while you may be ranked at one point during the season, it’s important to remember that ranking doesn’t really define who you are. The team is 3–0; they’ve played well in certain sections of the game, and they’ve not played as well in other sections. It’s important to take that context with a grain of salt, because, yes, the team’s 3–0 and they’re ranked second in the nation, but [Georgia’s head football] coach [Kirby] Smart will tell you, and all the players will tell you, that there’s still room for improvement on all sides and phases of the game.

How much did the returns of wide receiver Kearis Jackson and linebacker Quay Walker last week help the Bulldogs on offense and defense, respectively?

Kearis Jackson is one of the most experienced wide receivers on the team. As far as the wide receiver position group goes, the head coach has said it’s been one of the most surprising positives this year. Kearis Jackson is a Swiss Army Knife—he’ll do everything that you may need on the team, whether it’s getting six catches for 100 yards or returning punts and returning kicks. He was also a team captain this past week during the South Carolina game; he’s a leader for guys like [wide receiver] Adonai Mitchell, who’s a freshman, and [wide receiver] Jermaine Burton, who’s a sophomore. I think he and quarterback JT Daniels have really developed a good relationship over the offseason coming into this year.

Quay Walker is probably one of the most dynamic players that Georgia has on defense. He’s all over the stat sheet every week, dominating in tackles. He’s a vocal leader. The Georgia defense in general has been playing pretty well, especially the front seven. Quay Walker is a big part of that. His defensive teammates, like [senior defensive lineman] Jordan Davis, [senior interior linebacker] Channing Tindall and [junior linebacker] Nakobe Dean are putting up solid performances week after week. Going into these SEC games, it’s going to be important for that consistently to continue.

In a press conference earlier today, head coach Kirby Smart was asked about the quarterback position and the possibility of rotation, and he said it’d come down to how the quarterbacks practice. Would you be surprised to see rotation between JT Daniels and Stetson Bennett?

From personal experience with interviewing Kirby, he won’t give definitive answers on quarterback positions, even when a legitimate question arises. I think given how JT [Daniels] was injured earlier this year, Stetson Bennett really stepped up in the UAB game and had probably the best game of his career. That said, there was never a question coming into the season about who was going to be the starter. That was always going to be JT [Daniels]. After his injury, I think he’s done enough in his last start to warrant going out there again. I also think that Stetson [Bennett] understands that he’ll be there if anything does arise, say a lingering injury. Stetson [Bennett] is a more-than-capable option, and he has a lot of experience.

Did Georgia’s victory over No. 3 Clemson reveal anything new to you about the Bulldogs?

Obviously, it wasn’t a very offensively minded game. Georgia struggled to run the ball, which I thought was surprising given the return of our running backs and realignments on our offensive line. That was actually supposed to be one of our strongest aspects. Despite the offense’s struggles, the defense really stepped up against a Heisman favorite and an offense that has many explosive playmakers. The defensive front has probably been the strongest position group on this football team for the first three games. Something else that stood out to me then, and since, is the play in the secondary. The Georgia secondary had a lot of turnover from last season, with guys either going pro or entering the transfer portal. Really, there was only one bona fide starter from last year who continued to start this year. With that complete overhaul, players like true freshman [defensive back] Kelee Ringo had to step up and play. He’s developed a lot, and it’s still a learning experience for him. Clemson transfer [senior defensive back] Derion Kendrick was penciled in, and he started every game. I would say that the biggest surprise for me, on the defensive side of the ball, would be the play in the secondary; they’ve been pretty solid, even though they gave up a couple of big plays last week. Outside of that, we knew how the defensive front seven were going to be—they were going to be lights out. On the offensive side of the ball, it’s safe to say that even though the running backs did have a better game last week, almost 200 yards on the ground, they have, I would say, underperformed to this point in the season. I think there’s still time to turn that around. With SEC play ramping up, they’re probably going to need to be successful.

Is there a specific matchup or team unit you’re most looking forward to seeing in action this Saturday?

I’d love to see how JT [Daniels] comes out, how he backs up that South Carolina performance, how he’s able to go after a Vanderbilt secondary that has had a little trouble with giving up big plays in the air. I’d like to see his aggression and what the game plan might be for him. Beyond that, I want to see if our running backs can put up a solid performance in back-to-back weeks, which is something we haven’t seen. And obviously, I want to see this defensive line work against an offensive line, which I think is still trying to gel together and find cohesion. It will still be a good test. It’s an away game in the SEC, which is, honestly, never an easy game. It’s a 12:00 p.m. [EDT] kickoff, so it’s going to be an early game. I think it’s just going to be interesting to see how these groups form and work together, along with some of those individual performances.

Is there anything you want to add?

I think it’s important to note that Georgia has a lot of different members on the coaching staff. Will Muschamp joined the staff this year as a special teams coach. Jahmile Addae is the new defensive backs coach. Matt Luke is the new offensive line coach after Sam Pittman took over as head coach at Arkansas. As talented as this team is, it takes a solid coaching group and bond to, week in and week out, put up some of the numbers that they’re putting up. Kirby has made it clear that he’s looking for leadership both within the players on a daily basis and within the coaching staff given the new faces, and I think it’ll be interesting to see this season as the culmination of what Georgia could be given how much talent is on this team. I think it’ll be a combination of all the factors we talked about that will ultimately tell if that is true or not.