Music Row to ‘Technology Row:’ How Nashville is becoming a technology hub

Vanderbilt’s Department of Computer Science will relocate to the former Sony Music Entertainment building on Music Row by the Spring 2022 semester. 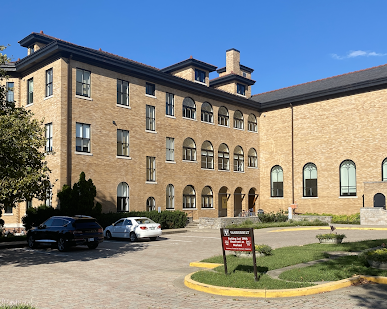 Sony Music Entertainment building, which will be converted into Vanderbilt’s Department of Computer Science by Spring 2022, as photographed on Sep. 7, 2021. (Hustler Staff/Bailey McCallister)

Vanderbilt anticipates that the former Sony Music Entertainment building will be fully converted into the new Department of Computer Science by the Spring 2022 semester.

This change is intended to compensate for the higher enrollment of students who wish to focus their studies on technology as well as the expansion of computer science offerings at Vanderbilt.

Eight new staff members have already joined the Vanderbilt faculty and will begin their work by the Spring 2022 semester. As part of Destination Vanderbilt, Chancellor Daniel Diermeier looks to hire more than 20 new faculty members during the 2021-2022 academic year as part of the growth of the Computer Science department.

Some students said they see this change as the groundwork for future professional opportunities.

“I think it’ll open a lot of new doors for engineering students because now we have more options locally, so you won’t have to worry [about where to move after college],” sophomore Elejandra Taulet, a biomedical engineering major, said. “You have the option to stay here and focus on finding a job.”

Other students question this technology-oriented infrastructure growth within the local Nashville community.

“Nashville’s identity lies in music and health, so I think that while Technology Row would be good for Nashville, I don’t know how well it would integrate into the Nashville identity,” sophomore Mert Sekmen said. “As a [computer science] major, it’s good for us in terms of opportunity, but as a Nashville native, I would rather that culture be preserved because I feel like that’s the heart of Nashville.”

However, Leslie Norton, associate professor of horn at the Blair School of Music and the principal horn in the Nashville Symphony, emphasized that she thinks Nashville’s musical roots are here to stay.

“Studio recording is definitely still happening here, finding its place in home studios and smaller locations sprinkled throughout the city and the suburbs,” Norton said. “There is a steady stream of LA defectors relocating here who are successful A-list people in the music industry: engineers, producers, songwriters, etc.”

Music Row was officially born in the 1950s. The first official business on Music Row was opened by Owen and Harold Bradley on 16 Avenue South, followed shortly by prominent publishing firms such as Cedarwood Music.

Since its birth, this musical hotspot has hosted dozens of famous producers and singers, ranging from Taylor Swift to Johnny Cash to Beyoncé. The first wave of musical talent on Music Row began in 1957 when the Radio Corporation of America (RCA) began hosting celebrities such as Elvis to their recording studio—the now-infamous Studio B. The music scene grew so rapidly that the Country Music Association (CMA) was created in 1958 to compete with the ever-growing presence of rock-and-roll music throughout the city.

While Music Row is primarily composed of recording studios and facilities, the business side of music production is nonetheless an iconic and historic element of the city, so much so that the Musical Industry Coalition was formed in 2014 to preserve the area’s musical roots.

However, with over 60,000 Nashvillians holding jobs in the technology sector and a 32 percent city-wide increase in available technology jobs in the past five years, Nashville has experienced a shift in focus from music to technology. In 2020, Nashville was ranked 11 out of the top 50 American cities for technology startups.

Furthermore, as announced in 2018, Nashville will house the Center of Excellence for Amazon and its Operations business. As a result, Amazon founder Jeff Bezos pledged $2 million to build affordable housing to continue cultivating city-wide growth.