Construction in the West End neighborhood will continue until 2024 and will conclude with the construction of a sixth residential college. 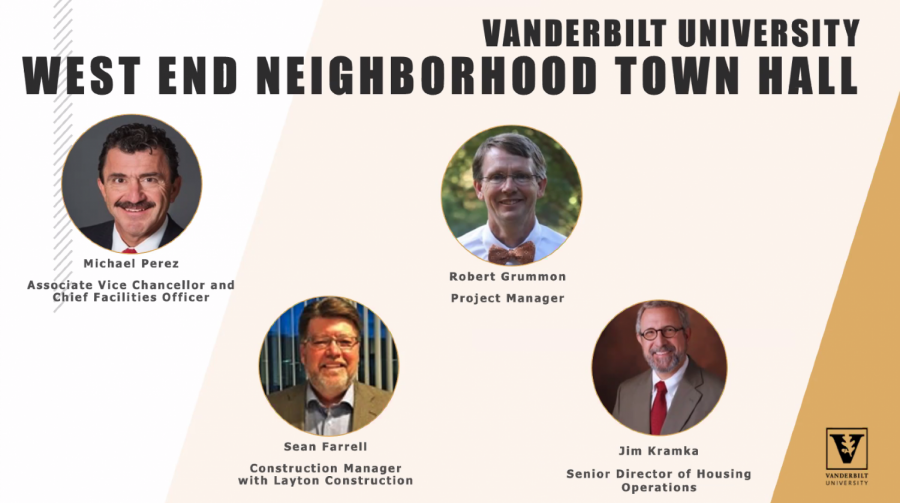 Perez stated that the town hall’s purpose was to create dialogue with students who may be affected by the construction in the West End neighborhood.

“We totally understand that construction activities pose various levels of inconvenience,” Perez said. “We do our best to minimize this inconvenience and have found that the dialogue that we’ve created through these town halls with you, our students, about our construction has been extremely and mutually beneficial.”

“[Layton is] highly proactive in considering ways to minimize disruption, and they possess a strong desire to create, along with us, a positive collegiate experience for you, our students, even in spite of all this construction,” Perez said.

“The goal of this program is to beautify, enhance and make more inclusive and accessible this neighborhood and our beautiful campus,” Perez said.

Grummon also spoke about construction procedures in the West End neighborhood. Construction hours are 7 a.m. to 6 p.m. CDT Monday through Friday and occasionally on Saturday, per Grummon.

“Your safety and ability to study are paramount to the success of these projects,” Grummon said.

Kramka said that Rothschild College and Residential College C will include a mixture of singles, doubles and suites. He added that the suites will house four students each.

“[The suites] are anywhere from about 20 to 25 percent of the beds or spaces we have in the colleges,” Kramka said.