Petition calls for regulation of party vehicles in downtown Nashville

Safe Fun Nashville launched a petition after a tourist fell from a party bus and was run over on Lower Broadway on July 29. 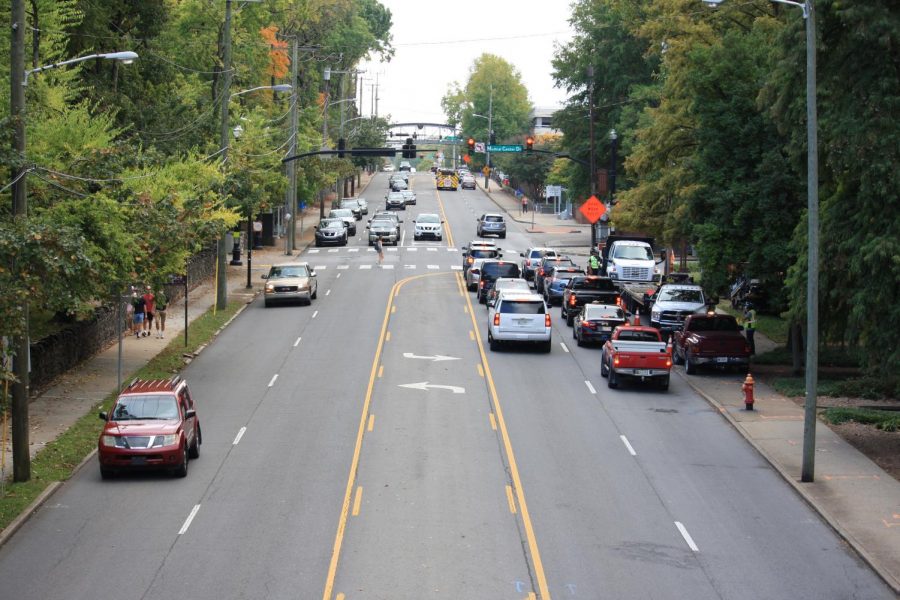 On Aug. 5, 2021, Safe Fun Nashville launched a petition calling for increased regulation of party vehicles in downtown Nashville. The petition, which has accumulated 1,113 signatures as of print, was prompted by an accident on July 29, 2021, in which a 22-year-old man fell off a party bus, lost consciousness and had his legs run over by the same bus.

“Before this happens again (or worse) we need common sense solutions to ensure that we can keep the party rolling all year long in a safe, responsible way,” the petition reads.

Safe Fun Nashville is a Nashville coalition comprising downtown Nashville residents, business owners and community members. According to its website, it intends to uphold Nashville’s lively atmosphere while also calling for state and local leaders to create regulations for the party vehicles.

While the commercially-owned party vehicles are typically rented by tourists, anyone over the age of 21 can ride on them.

“We shouldn’t have to sacrifice the safety of our visitors, pedestrians, and residents so that a few guys with a tractor license can make money off of a bachelorette party,” the petition reads.

In an interview with The Hustler, a student who has ridden on more than five party buses in downtown Nashville said the vehicle companies “rarely” had safety regulations in place. The individual has been granted anonymity to protect professional integrity.

“The driver and bartender are the main staff on board and are limited in their abilities to prevent people from acting foolish,” the student said.

VUPD said in an email to The Hustler that in the case of a party bus accident downtown, Metro Nashville Police Department would be responsible for responding to the scene.