As the sole private university in the Southeastern Conference, Vanderbilt remains a tremendous asset. 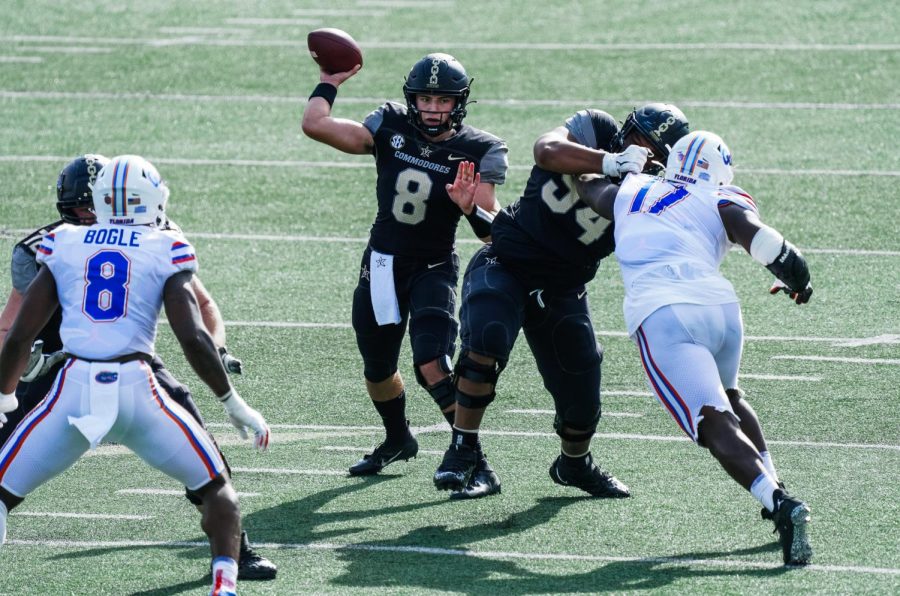 The Southeastern Conference passed a vote on July 29, 2021, for the University of Texas and Oklahoma University to join the SEC in the 2025-26 school year. This transition marks one of the most groundbreaking days in college athletics.

The addition of Oklahoma and Texas to the SEC will guarantee an even higher level of competition, but it has left Vanderbilt supporters conflicted. Despite the increased competition, this expansion provides phenomenal opportunities for Vanderbilt to benefit from being a member of the clear-cut best athletic conference in the nation.

One of the greatest assets to welcoming Texas and Oklahoma will be the rise in annual revenue for all SEC member institutions—including Vanderbilt. In 2020, The University of Texas had the second-most revenue in the NCAA, while Oklahoma University was not far off, sitting at ninth. The athletic success, immense alumni networks and television deals of Texas and Oklahoma will grow once they enter the SEC, and every school in the conference is projected to receive higher earnings with this expansion.

Additionally, the SEC Network will generate more revenue with a 16-team conference. The conference signed a $300 million contract with ESPN to give the broadcasting network rights to football games starting in 2024. The league’s annual revenue is expected to rise and give each university a yearly distribution of $68 million.

This action will lead to a growth in revenue within SEC athletics which will trickle down to Vanderbilt. An increase in earnings will allow Vanderbilt to improve their facilities, which will allow them to draw in top high school recruits and college transfers from across the nation.

On July 1, 2021, the NCAA terminated its policies surrounding amateurism on an interim basis and approved the Name, Image and Likeness (NIL) bill. The presence of possible monetary compensation will be integral for prospective Vanderbilt student-athletes. With the addition of Texas and Oklahoma in 2025, Vanderbilt will continue to attract athletes that want to play at the highest level and earn top-tier compensation.

“Anything that improves the quality of life of our student-athletes, I am for,” Vanderbilt football coach Clark Lea said regarding NIL.

Honoring and re-living the past

Texas and Oklahoma may seem like unfamiliar opponents to the Commodores, but they are actually long-lost competitors on the gridiron. The Longhorns first faced off against Vanderbilt in 1899, and last played in 1928. In that timespan, the schools faced off 11 times and Vanderbilt won eight games. Vanderbilt tied the Sooners in 1928, but dropped games in both 1976 and 1977.

This expansion will present a rebirth of two long-lost rivalries. As a founding member of the SEC, Vanderbilt should welcome these universities to the conference with enthusiasm.

“The conference has always in our mind been the best,” Lee said, after the SEC’s planned expansion was announced. “From a Vanderbilt football standpoint, we’re trying to put ourselves in a position to compete and win, and honestly, it doesn’t change.”

The Commodores are grateful to be a part of the notorious SEC, and the conference should be grateful for Vanderbilt as well. Although the Vanderbilt football and basketball teams have struggled the past few seasons, several other Vanderbilt teams have found plenty of recent success.

“Vanderbilt has been one of the greatest baseball programs the past few seasons,” Lee said. “We welcome anything that makes this conference stronger.”

Vanderbilt’s baseball team has been a blueprint for the SEC and college athletics for the past decade and beyond. The Commodores have made the NCAA Tournament for 15 consecutive seasons, appeared in four College World Series finals since 2014 and won a national championship in both 2014 and 2019.

“This decision further reinforces our university’s commitment to making Vanderbilt home to the nation’s best student-athlete experience,” Lee said in a tweet.

In addition to the success of the VandyBoys, the Commodores have developed a formidable presence on the lacrosse and soccer fields, as well as on the golf course. In the fall of 2020, Vanderbilt soccer defeated Arkansas in the SEC Championship. In the same school year, the Vanderbilt men’s golf team won their second SEC championship in program history. Whether it be the success of the golf teams or any other varsity sport, Vanderbilt deserves to play at the highest level of competition.

On July 1, 2025, the SEC will transcend to an unmatched level of athletic competition as Texas and Oklahoma join the conference, but the main message stays the same for Vanderbilt. The university should compete at the highest level possible and continue to embark on its journey to become a world-class institution for prospective student-athletes.