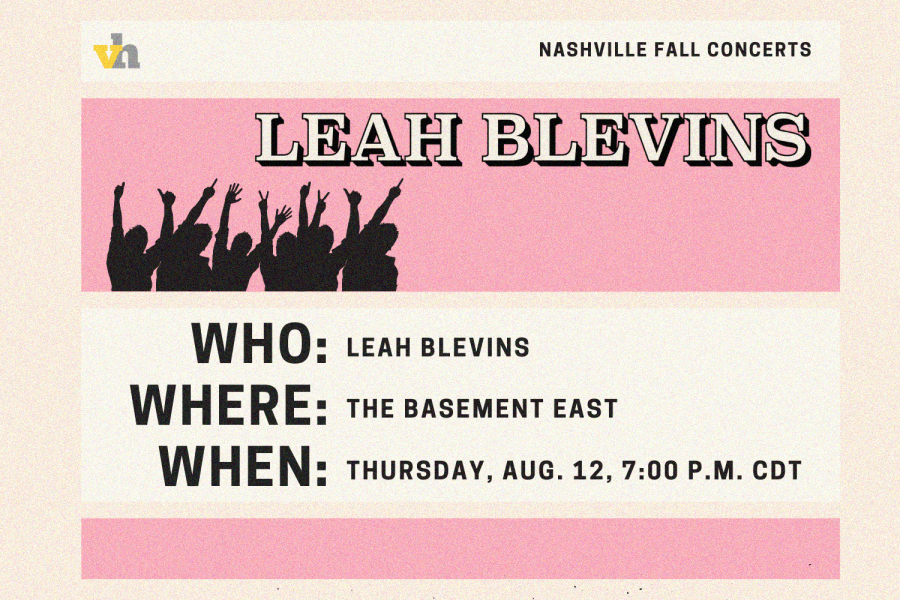 Standing at the intersection of line dance and slow dance is Nashville rising star Leah Blevins, next up in our series of fall concert previews as she promotes her debut full-length album “First Time Feeling.” With a number of singles and a 2018 EP to her name, Blevins said she was more than ready to step into the spotlight for her first full album, released Aug. 6. What better time than the start of fall concert season?

While “First Time Feeling” is certainly country-adjacent, it would be more aptly classified as Americana. It’s a roots-oriented subgenre I had never heard of before listening to Blevins and one I can only describe as such: the fiddle and the violin are two different names for the same instrument, yet Americana (and Blevins) somehow makes both work—often together in the same song. Americana isn’t the thick, heavy butter of purebred country music, but more like a smooth, sweet margarine—or, for the sake of the pun, Country Crock.

First, the fiddle. Blevins’ music is deeply in touch with her southern upbringing in Kentucky and the church gospel and country themes that influenced both her and her producers/songwriting companions. The violin? Her songs also lean towards the contemporary to examine the various melancholies of falling in and out of love—be that with people, places or eras of one’s life.

The result is 35 minutes of twangy acoustic guitar and wistful lyrics that are literary, romantic and inspired, full of the musical and religious traditions of Appalachia that run deep in Blevins’ family, but infused with enough personality to not be overcome by those traditions. We get raw, soulful vocals about past hurt and healing on standout tracks like “Clutter” and “Mexican Restaurant,” bouncier, family-inspired jams like “Magnolias” and even a song or two about personal emotional steadfastness, like “Fossil.”

Blevins masterfully blends these disparate energies into the cohesive story of herself, making her album feel like a refined, stylized take on, say, Taylor Swift’s “Self-Titled” from 2006. These are the songs—the titular single especially—that you’d blast driving down the highway with the windows down, and you might laugh at a few cheesy lyrics here and there, but you’d find you relate all the same.

Just like any other genre, country music has had to evolve to stay relevant. Leah Blevins’ “First Time Feeling” is that evolution.

Watch the music video for “First Time Feeling” on YouTube, and check out the full album on Spotify. Buy tickets to her show here. Fellow country-Americana artist Brit Taylor to open.