Standout characteristics for the chosen scholars were honesty and humility, per Faculty Director Brian Heuser. 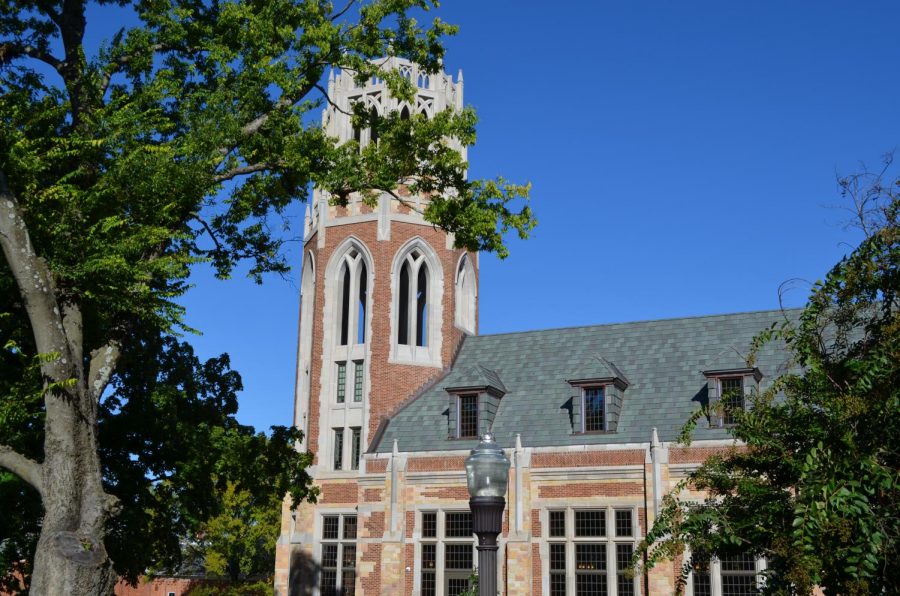 On July 7, Vanderbilt announced that seven incoming first-years were selected for the Ingram Scholars Program. The winners will receive a full-tuition scholarship and $5,000 stipend for a service project after their sophomore year. They must maintain a 3.0 GPA and complete 20 hours of service per month to stay in the program.

The Ingram Scholars Program was founded in 1993 by then-Chairman of the Board of Trust Erskine Bronson Ingram, the program’s namesake. In 2008, the program began to offer all of its recipients a full-tuition scholarship. It currently has 278 alumni and 34 current scholars, per the Ingram Scholarship Program Directories.

Students apply to the program during the normal admissions cycle and are required to submit three additional essays. In addition to these applications, admission officers identify some candidates for the program based on work experience, volunteerism and other factors. These candidates are personally invited to apply for the program, per Dr. Brian Heuser, the scholarship’s faculty director. He said that this two-pronged system hopes to give more opportunities for students and families of lower socioeconomic status.

“There’s a very white, elite notion to doing community service,” Heuser said. “It’s a privilege to [do service]. A lot of times, kids have to work.”

After receiving applications, the Undergraduate Admissions Office pares down the list to 20 candidates, according to Heuser. Once the finalists have been chosen, the Ingram Scholars Program Finalist Committee—consisting of one Ingram Scholar alum, Ingram Industries business executives John R. and Orrin H. Ingram, Dean of Undergraduate Admissions Doug Christiansen and one faculty advisor—convenes.

This year, the committee conducted Zoom interviews with the 20 candidates to select the recipients of the scholarship. Typically, this vetting process is completed over a three-day weekend on campus, which includes dinners, classes and other activities. After the candidates leave, the committee makes their final decisions, per Heuser.

Per Heuser, characteristics that made this year’s winners stand out were honesty and humility.

“I feel like students have gotten so good at painting a glorious portrait of themselves,” Heuser said. “We’re looking for humble, brilliant, committed individuals. We’re not looking for people who necessarily ‘show’ the best.”

All of the incoming Ingram Scholars have an interest in finding innovative ways to solve problems.

Emily Chang used her passion for sewing and design to serve her community. She created a non-profit organization, Stella and Luna, that donates hair accessories and thousands of dollars to domestic violence shelters. As an extension of her work with Stella and Luna, Chang also taught online jewelry-making classes for Single Mothers Outreach, a local non-profit.

“I was kind of just there where they needed me,” Chang said. “I did social media, newsletters, the committee for their fundraiser and also helped in inventory for their thrift store [which] support[s] their wellness program for single mothers.”

“It was really easy to be able to reach out to different shelters and say ‘We are providing this service. It doesn’t matter if you are across the country. We will be online, and you can join in,’” Jones said.

In addition to Teens4Training, Jones co-founded Aspire to Inspire, a program tailored to youth in foster care or facing impoverishment. Through this company, she provided an online platform offering information about navigating high school, applying to college and other practical information about topics such as the news and mental health.

Manche also developed an app as part of the Diamond Challenge competition. His app redirected food waste from restaurants to soup kitchens.

“It’s easy to donate things like canned food and boxed items, but if you can create a service that can help students or help people for generations to come—that’s the end goal,” Manche said.

Kyle Vallone also utilized technology in his entrepreneurship efforts. He founded Operation Capo Cares, a project that uses 3D printers to make parts for COVID-19 protective equipment. He advocated for access to idle 3D printers in his school district.

“I was really driven towards action at the disturbing reports of the personal protective equipment shortages,” Vallone said. “Then I started seeing news stories about people printing face shields and face masks, and that’s an area where I have expertise.”

Originating from her passion for music and early childhood development, Charu Balamurugan founded Music for Milestones. Through this program, she taught children how to use music to express their emotions. She said that this skill helped students persevere through COVID-19. Ironically, she said did not enjoy music lessons when she was younger.

“It wasn’t until late middle school and early high school that I realized how much privilege I had to have access to these music education resources and, more importantly, how much of an individual and creative outlet it had been for me,” Balamurugan said.

The incoming class of Ingram Scholars did not limit their efforts to their local community. The depth and sincerity of their service allowed them to impact people nationally and globally.

Balamurugan’s work with her organization Music for Milestones received national recognition, including features in the Washington Post and the Kelly Clarkson Show. She said that intangible impacts are more important than quantitative results that many students desire when doing service.

“It created a nationally collaborative result that spoke to the power of music and wellness,” Balamurugan said.

Hannah Testa has always had a passion for environmental advocacy. She established a non-profit organization, Hannah4Change, when she was ten years old. Since then, Testa has continued her work through legislature. She helped introduce the Break Free from Plastic Pollution Act, the first federal piece of legislation on plastic pollution.

“I got to go to DC a couple weeks before COVID,” Testa said. “I got to speak with six other activists and four members of Congress to introduce this bill and speak on behalf of all young people.”

Additionally, Testa gave a TEDx Talk on youth activism on Nov. 21, 2020. She said she enjoys speaking and working with other young people about how they can become activists for causes they care about.

Jones also worked to address COVID-19 by starting a passion project that grew into the organization Focus AIR. She made an international impact by distributing masks, creating an online store and forming virtual partnerships with service leaders in Mexico, Denmark, Cambodia and Kenya.

Like Jones, Max Coppola reached a large audience via his club Key Club International. As lieutenant governor, he relayed information from international and district officials to the schools he oversaw.

“A lot of the impact I was able to make was through the relationships that I was able to facilitate among the different clubs in my division,” Coppola said. “Now the precedent has been set where the clubs work together if they need more people for their events.”

Coppola also co-founded Safe Solution Tutoring. This program offered tutoring with the mission to bring back the classroom experience to students around the world in the wake of the COVID-19 pandemic.

Desire for like-minded community at Vanderbilt

The Class of 2025 Ingram Scholars shared excitement to join the Vanderbilt student body as a part of  the Ingram Scholars community. Manche particularly referenced how the collaborative aspect of Vanderbilt was an important factor in his decision to apply.

“Computer science is usually cutthroat,” Manche said. “But I think at Vanderbilt, while still being a great school, everyone is accepting and everyone is trying to help each other out.”

Similar to Manche, Coppola was drawn to Vanderbilt’s combination of top-notch education and friendly collaboration. Coppola also appreciates how the Ingram Scholarship Program provides structure to service, especially as a first-year.

“I got the sense that Vanderbilt really want[s] its students to be involved in what they were doing, to really believe in it and not just be going to study to get a degree,” Coppola said.

Vallone is specifically excited to be a part of the Ingram Scholarship Program because of its commitment to promoting leadership and service development during scholars’ time at Vanderbilt and beyond. Even as an incoming first-year, Vallone said he has seen how the program has evolved since its inception.

“They [the program advisors] are actively looking for ways to improve and change based on academic critiques and theories of service engagement,” Vallone said. “For instance, this coming semester we’re shifting to an approach focusing on impact via long-term service partnerships as opposed to simply an hours-based model.”

According to Chang, the incoming Class of 2025 Ingram Scholars have already formed a close bond throughout the selection process. She is looking forward to being a part of this tight-knit community and the leadership retreat that the Ingram Scholars will attend prior to the start of the Fall 2021 semester.

Testa said she also appreciates the bond within the Ingram Scholarship Program. She said that the finalists have been talking to each other on an almost daily basis throughout the summer and “feel like family.”

“I think we all had very similar interests, and we all connected on the fact that we’re a little bit different,” Testa said. “We all have that same passion, and we all want to bring good into the world.”