2021 MLB Draft: Jayson Gonzalez drafted by the Chicago White Sox in 17th round

Four year Commodore Jayson Gonzalez is headed to Chicago after being the sixth Vanderbilt player taken in the 2021 Draft. 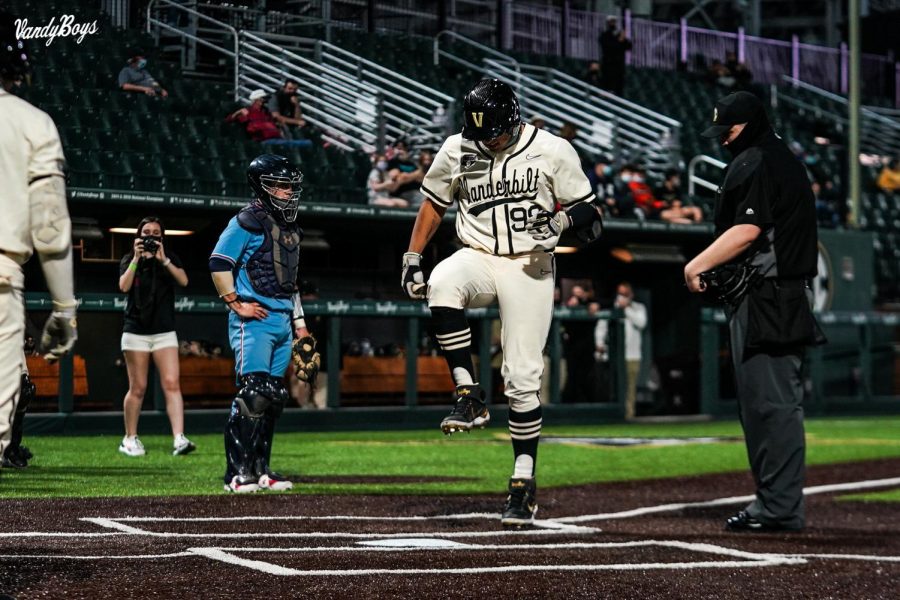 Jayson Gonzalez stomps on home plate after a solo home run against Belmont on March 16, 2021. (Twitter/@VandyBoys)

Vanderbilt third baseman Jayson Gonzalez was drafted by the Chicago White Sox with the 515th overall pick in the 17th round of the 2021 MLB Draft. Gonzalez was the sixth Commodore selected in the draft thus far. The senior was also the second Commodore hitter selected so far, joining fellow VandyBoy CJ Rodriguez.

Gonzalez was a four year contributor for Tim Corbin and Vanderbilt on West End. The 6’2, 220 lb. corner infielder was known for his towering home runs and steady veteran presence with the Commodores over the last few seasons. As a senior, Gonzalez hit .280 with nine home runs, while driving in 41 runs. The California native played in at least 25 games in each of his full seasons with Vanderbilt—excluding 2020.

“Jayson’s care level for our baseball program has been deep rooted since he was a young kid. He genuinely gets great satisfaction by watching other people have great success. Everyone in this program wants to see this young man have his own success,” head coach Tim Corbin said of Gonzalez after the conclusion of the season.

“His habits on the field are consistent and positive… he never takes a repetition off. We have been very fortunate to have him in our program for four years. He models the behaviors and personality that are important to our program.”