2021 MLB Draft: Dominic Keegan drafted by the New York Yankees in 19th round 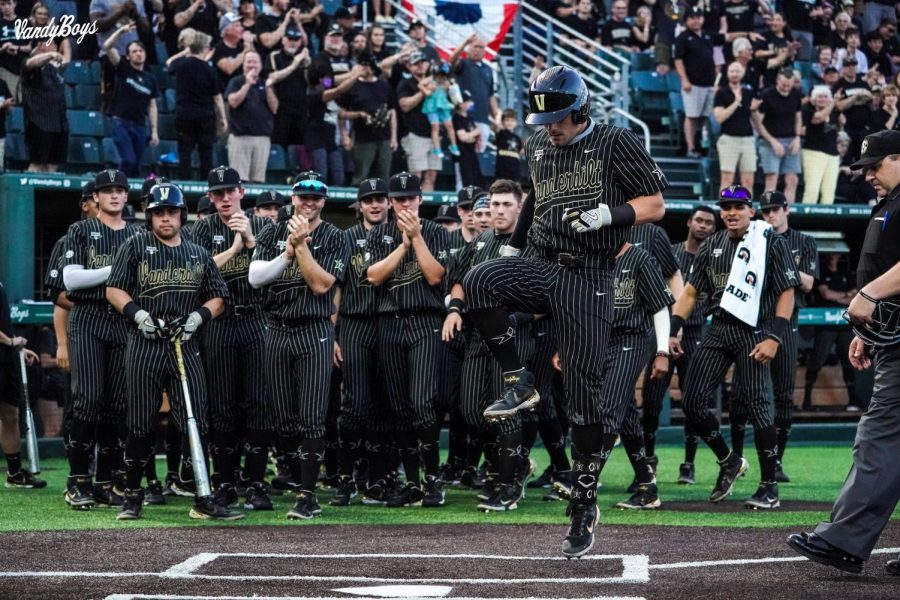 Vanderbilt first baseman Dominic Keegan was drafted by the New York Yankees with the 573rd overall pick in the 19th round of the 2021 MLB Draft. Keegan was the seventh Commodore selected in the 2021 draft. The most outstanding player of the 2021 Nashville regional was the third Commodore hitter selected, joining fellow VandyBoys CJ Rodriguez and Jayson Gonzalez.

A former Virginia Tech commit, Keegan came to Vanderbilt as a first base and catching prospect. Keegan was one of the few Commodores who was with the team in Omaha in both 2019 and 2021. The Massachusetts native cracked the starting lineup at the beginning of his sophomore season, which was shortened due to the COVID-19 pandemic. As a junior, Keegan played in 60 games and hit .345 (first on the team) with 15 home runs and 57 RBIs, while primarily batting third in the lineup.

Perhaps the defining moment of Keegan’s career was a walk-off single to beat Ole Miss in a dramatic, come-from-behind SEC Tournament win in 2021.

However, instead of entering the Yankees farm system, it appears that Keegan will return to Vanderbilt for his senior season. Reports from D1Baseball indicated on Monday night that Keegan could return and that news is official according to the Boston Herald.

Just spoke with Vanderbilt’s Dominic Keegan who confirms he’s going back to school.

“We just lost in the national championship and I want to go back and win another championship.”

Said his relationship with Tim Corbin is why he wants to go back and develop further.