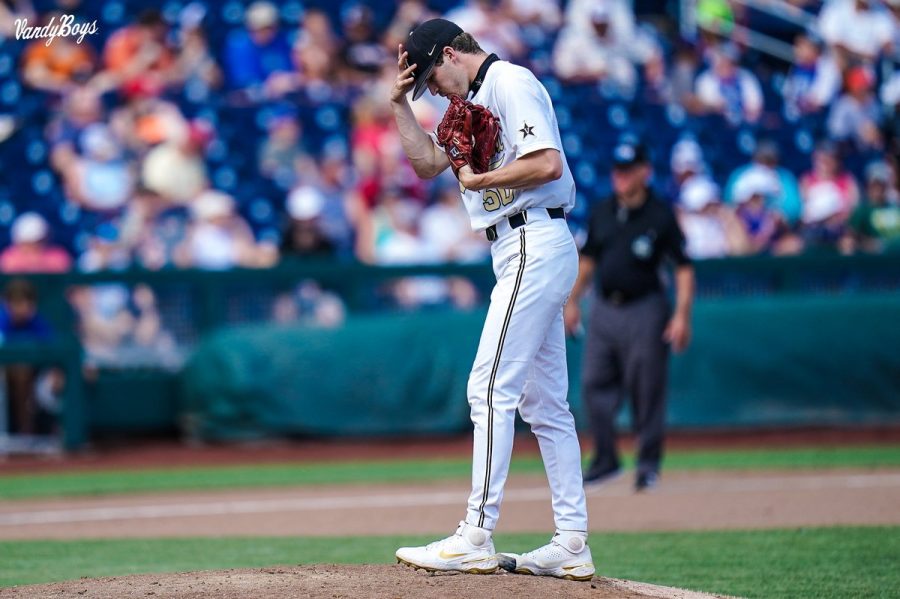 Murphy had a rocky start to his career on West End. His first year was nullified as he recovered from Tommy John surgery and his sophomore season was cut short by the COVID-19 pandemic, allowing him to pitch just two innings in his first two years at Vanderbilt. However, his junior season truly showed how dynamic of a player he is—the closer earned nine saves and a 2.40 ERA in 27 appearances and 41.1 innings pitched. Murphy’s most notable pitch is his fastball, which tops out at 99 mph and helped him fan 61 batters this year.

The star reliever will look to make the jump to the MLB after being a cornerstone of this season’s Commodore bullpen. His 4-1 record tells a very incomplete story of the dominance and brilliance he displayed while at Vanderbilt, but his stats nonetheless show that he is ready to compete at the next level. He will now enter the Angels farm system as one of baseball’s top relief prospects.