After boasting a 2.45 ERA in 2021, the four-year Commodore is the fourth pitcher and fifth Vanderbilt player to be taken in the MLB draft this year. 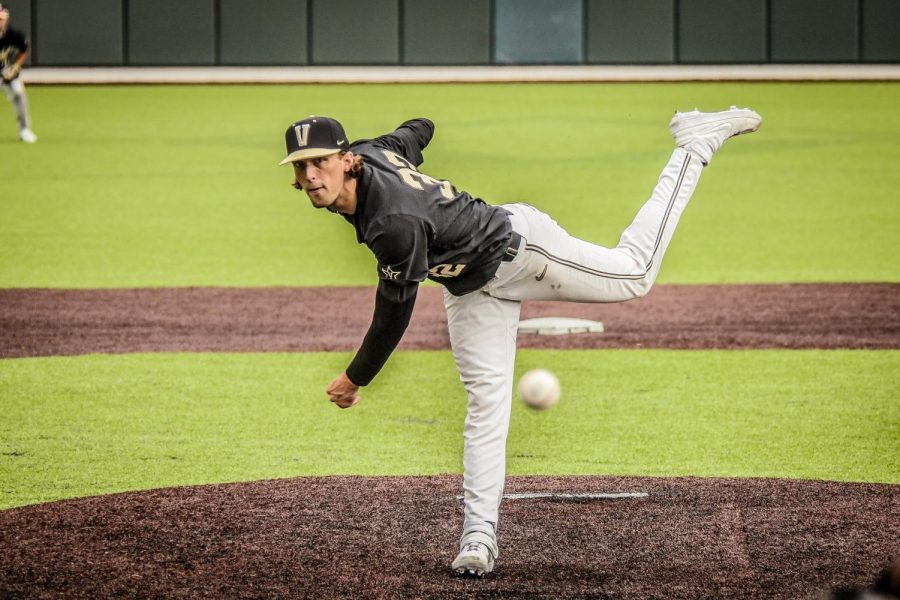 Despite tearing his UCL after his sophomore season, Fisher had a strong senior campaign and will now bring his talents to Arizona. (Vanderbilt Athletics).

Vanderbilt pitcher Hugh Fisher was drafted by the Arizona Diamondbacks with the 288th overall pick in the tenth round of the 2021 MLB Draft. Fisher was the fifth Commodore selected in Monday’s draft. With 46 appearances over his four-year career on West End, Fisher is one of Vanderbilt’s most seasoned relievers. This experience helped him to an impressive senior campaign, posting a 2.45 ERA in 11 innings pitched.

Fisher’s career at Vanderbilt started off with impressive numbers, albeit with a small sample size. As a freshman, Fisher maintained a 1.93 ERA and a 2-0 record in eight appearances and 9.1 innings pitched. Then, after a national championship-winning sophomore season which was highlighted by four saves, a 2-0 record, and 46 strikeouts in 34.2 innings pitched, Fisher tore his UCL ligament and needed Tommy John surgery. He came back to Vanderbilt, slated to miss the whole 2020 season, but then, COVID cancelled baseball for everyone. Fisher returned for a fourth year in Nashville and almost captured a second national title in three tries.

The 6’6”, 210 lbs. senior from Eads, Tennessee, will now try to make it in the big leagues after flashing excellent bursts of play throughout the 2021 season. Fisher is remarkably skilled at coming in and out of big moments whenever needed, a huge catalyst for his draft stock as every MLB team can use effective relievers with ample experience. His 67 career strikeouts show that he is ready to consistently perform at a high level for a professional side. He will now enter the Diamondbacks farm system as an extremely enticing pitching prospect.