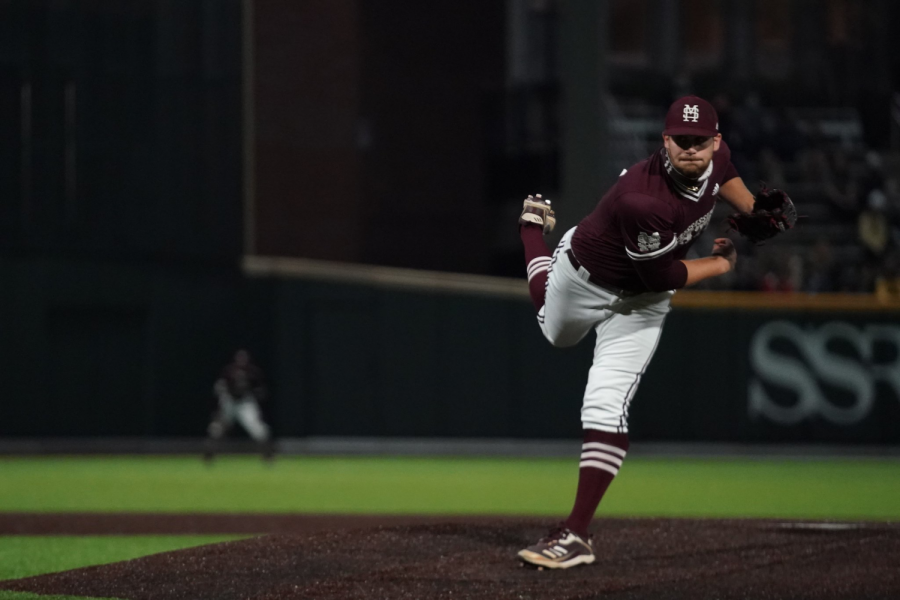 On Saturday night, the Vanderbilt Commodores were waiting to see who their College World Series opponent would be for nearly three hours with no conclusive answer. The No. 2 Texas Longhorns and the No. 7 Mississippi State Bulldogs exchanged punches all game and found themselves tied at 3 to begin the ninth.

“Best moment of my life for sure,” Leggett said after the game. “Some people get nervous about that situation, but I pray for that situation.”

The Mississippi State Bulldogs’ storybook ending against Texas was sweet, but the Bulldogs have a job unfinished.

“To win there [CWS], you have to earn it,” Mississippi State coach Chris Lemonis said. “We have to go against the best and that’s the way we want it.”

The Long Haul to Omaha

Pitching and the Stout Defense of the Bulldogs

Although Vanderbilt has the two most touted pitching prospects in all of baseball in Jack Leiter and Kumar Rocker, the Mississippi State Bulldogs also have a lethal dynamic duo in starter Will Bednar and closer Landon Sims. In the first round of the College World Series, Bednar and Sims combined for a College World Series record-breaking 21 strikeouts. Bednar tallied 15 strikeouts in six innings while Sims finished the day off with six strikeouts. Vanderbilt hitters will have their work cut out for them. Over the past week, Sims has thrown 51 pitches and is fresh for the final.

The Bulldogs plan to give left-handed junior Christian Macleod the nod to start on Monday. In the regular season, Macleod had a 12-5 record with a 4.24 ERA.

The Bulldogs thrive off of a deep bullpen. Reliever Preston Johnson’s success has been crucial in making it to the College World Series final. Johnson brought the Bulldogs to Omaha by closing out Notre Dame’s hopes in the Starkville Super Regional. Johnson has a 4.18 ERA.

The Mississippi State bullpen is also powered by the dominance of Brandon Smith and Houston Harding. Smith has a 4-4 record this season and boasts a 4.34 ERA. Harding is known as the change-of-speed specialist and holds a 7-2 record with a 3.10 ERA.

In addition to having a stout starting pitcher in Bednar and an excellent closer in Sims, the Bulldogs have an extraordinary slugger. Tanner Allen, the outfielder, came into Omaha with a batting average of .392. Allen’s strength has been integral to the team’s success, especially in the top of the eighth inning against Virginia when he hit a home run to right field.

“Mississippi State doesn’t like to strike out very much,” Kumar Rocker said.

The Mississippi State bats seem to always be swinging, and out of their nine most utilized starters, each player averages a maximum of one strikeout each game.

The fierce offensive play of the Bulldogs is due to the excellent hitting all around, especially the hitting of Allen and Rowdey Jordan, the two starters that hold a batting average above .300.

The Bulldogs are not in Omaha only because of the batting average of these two stars, but also the way the team is capitalizing with runners in scoring position. Luke Hancock and Kamren James both have 59 RBIs this season in nearly 65 games played.

The Mississippi State offense will have its capable hands full with the dominant starting pitching of the Commodores.

The matchup between the high-flying Bulldog offense and Vanderbilt’s disruptive pitching will be one to watch as the battle of SEC rivals begins on Monday, June 28.