The Vanderbilt Hustler • May 31, 2021 • https://vanderbilthustler.com/2021/05/31/vandyboys-to-host-ncaa-regional-tournament-selected-as-no-4-overall-seed/

The NCAA announced that Vanderbilt was selected as the No. 4 seed in the upcoming NCAA baseball tournament. 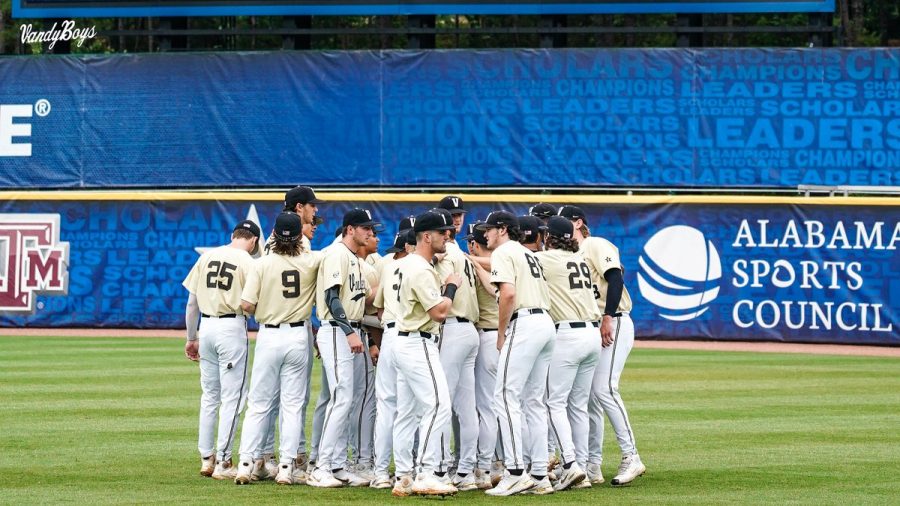 Vanderbilt will host an NCAA regional tournament in Nashville. (Twitter/@VandyBoys).

The NCAA announced on May 30 that Vanderbilt (40-15) will be hosting an NCAA baseball regional tournament beginning on Friday, June 4 and ending on Monday, June 7. Vanderbilt was tabbed as one of 20 potential regional host sites in early May.

The Commodores were awarded the No. 4 overall seed and the No. 1 seed in the Nashville regional by the NCAA on Monday. Vanderbilt will compete against No. 2 seed Georgia Tech,  No. 3 seed Indiana State and No. 4 seed Presbyterian in a double-elimination tournament at Hawkins Field June 4-7. Vanderbilt will open up play at 6 p.m. CDT on Friday, June 4 against Presbyterian.

Vanderbilt has hosted seven NCAA regional tournaments in its history, most recently in 2019. The Commodores won that tournament, beating Indiana State 12-1 in the final game en route to the program’s second College World Series win.