Early struggles from the Commodores didn't deter the team, as the 6th inning galvanized the Vanderbilt offense. 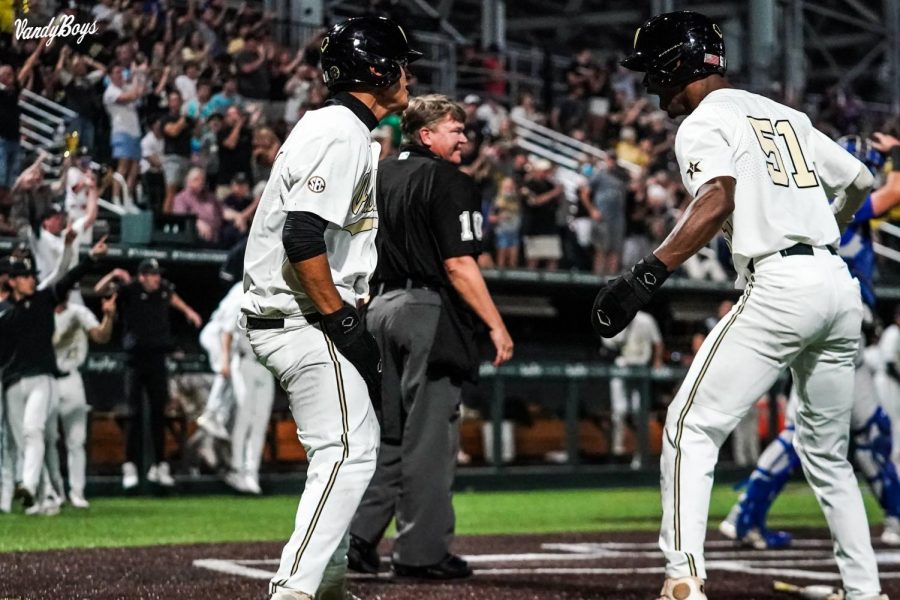 Following a thrilling victory on Thursday night, the No. 3 Vanderbilt Commodores beat the Kentucky Wildcats 8-2 due to late-inning rallies in the sixth, seventh and eighth innings.

“I thought he threw the ball well.” head coach Tim Corbin said. “He certainly got us deep into the ball game and that is what a starting pitcher needs to do.”

“Marsh did a nice job by mixing pitches very well,” Corbin said. “I thought he commanded well, and he won battles.”

The Commodores continued to be silenced by Marsh, but something changed in the bottom of the sixth inning. After five innings of struggle, the Commodores finally dented the Wildcats’ lead.

The sixth inning began with singles from Jayson Gonzalez and Enrique Bradfield Jr. The Commodores seemed to be rolling but remained scoreless with two outs in the inning. Then, CJ Rodriguez stepped to the plate with the bases loaded and two outs. Rodriguez came up clutch and delivered a two-run RBI single that sent Bradfield Jr. and Isiaiah Thomas home.

“What changed was the momentum of the game,” Corbin said. “Jayson standing over the ball and driving it to the other side to Enrique putting down a good bunt, that shifted the momentum of the dugout, you could feel it. CJ did a good job of delivering and standing on a fastball. After that, it was some big hits.”

A 2-2 tie at the end of the sixth would be the closest the Wildcats would come to winning the game. The Rodriguez RBI hit Hawkins field with a flash of momentum and the student-athletes and fans conquered newfound energy.

“You never know what fans and noise does, but it creates momentum,” Corbin said. “I think once we started to move runners a little bit, the crowd got into it and it certainly helped.”

Vanderbilt’s seventh inning consisted of two runs being scored off an Isaiah Thomas RBI single that brought Tate Kolwyck and Troy LaNeve home. In the next inning, freshman Jack Bolger notched his third hit of the night by homering to center field. A 5-2 lead put Vanderbilt in the driver’s seat. That lead was quickly widened as the star from Thursday night, Troy LaNeve, struck again by hitting a three-run homerun to silence the Wildcats.

B8: The slugger does it again! Three-run homer from LaNeve might just be the cherry on top.

Vanderbilt’s come-from-behind win and  Tennessee’s loss to South Carolina propelled the Commodores into first place in the SEC East.

They will look to continue their momentum and shutout the Wildcats on Saturday at 2 PM CDT.