Despite a return to form from Jack Leiter, the VandyBoys couldn’t find enough pitching to win the series on the road. 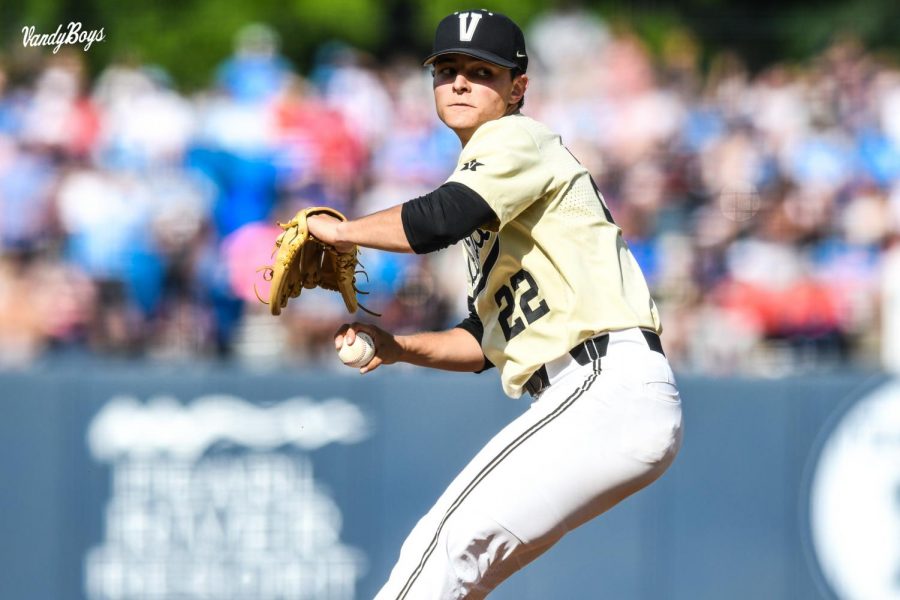 Jack Leiter returned to the mound for a win on May 17, 2021. (Vanderbilt Athletics)

No. 2 Vanderbilt baseball headed to Oxford, Mississippi, this weekend for a three game tilt with the No. 18 Ole Miss Rebels. The weekend set came at a crucial juncture in the Southeastern Conference (SEC) baseball calendar with Vanderbilt, Arkansas, Tennessee and Mississippi State all vying for the best record in the league as the regular season winds down. Ole Miss came into the series with a 34-14 (14-10) record in third place in the SEC West, on the outside looking in of the league’s elite, but still a talented squad in their own right.

The storyline heading into the weekend was the availability of Vanderbilt ace Jack Leiter, who didn’t pitch last weekend against Alabama and had not been his usual self for much of the past few weeks. However, it was announced on Thursday that he would make his regularly scheduled Saturday start. In the other dugout, news broke earlier in the week that ace Gunnar Hoglund was out for the rest of the season due to a ligament tear in his shoulder.

The Commodores opened the series with junior Kumar Rocker taking the mound, per usual. Rocker struggled coming out of the gates and was prone to giving up the long ball early on, something that has ailed him in his rare losses this season. The Rebels jumped out to a 2-0 lead in the second inning of the opener thanks to a TJ McCants home run. Kevin Graham followed that up with a deep ball in the third to put Ole Miss up 3-0. The Vanderbilt bats were unable to overcome that deficit, mounting just six hits and one run off of Ole Miss southpaw Doug Nikhazy. The Commodore side left runners stranded in the second, fourth and eighth innings en route to a 3-1 loss in the series’ opener.

Saturday quickly proved to be a better outcome for Vanderbilt. Leiter returned to the mound for six innings, limiting the Rebels to just one run on three hits. He racked up 13 strikeouts in total, the seventh time this season he has reached double-digit strikeouts. The Vanderbilt bats woke up from the snoozer on Friday night in a big way, tallying 13 runs and 13 hits in the process.

Isaiah Thomas kicked off the offensive explosion with a solo shot in the top of the second, one of a season-high seven home runs for the Commodores on the day. Vanderbilt pushed four more runs across in the fourth after two-run home runs from both Dominic Keegan and Spencer Jones. Troy LaNeve added a solo shot in the fifth, as well as an RBI single in the seventh. Parker Noland scorched a line-drive homer over the left field wall in the same inning to push Vanderbilt’s lead to 11-1. Carter Young tallied a homer of his own in the eighth, and Thomas hit his second long shot of the day in the ninth to give Vanderbilt a comfortable 13-2 win heading into the finale.

With the series even at one game a piece, Sunday’s contest got wacky for both sides—the two teams combined for 23 runs, 26 hits and six home runs. The Commodores jumped out to a 2-0 lead after consecutive singles from Tate Kolwyck and Enrique Bradfield Jr. followed by a two-RBI single from Keegan.

Then, chaos unfolded as the Rebels unloaded for 10 runs in the bottom of the third, sending starter Patrick Reilly to the bench and teeing off of reliever Hunter Owen. Vanderbilt would not go away without a fight, however, highlighted by a massive grand slam from Young in the top of the fourth after a fantastic at-bat. That cut the lead to 10-7, but the Commodores would remain at arms length the rest of the way. Vanderbilt scored three more runs on the day, but allowed two more runs from the Rebels to ultimately drop the finale, 13-10.

Vanderbilt will return to Hawkins Field on Tuesday to take on Florida International before the final series of SEC play against Kentucky. Heading into the final weekend, they sit 0.5 games back (GB) of rival Tennessee for first in the SEC East and 1.5 GB of Arkansas for first in the SEC overall. Mississippi State dropped two critical games at home against Missouri and now sits on the outside looking in at 2.5 GB with a series at Alabama looming. Tennessee will head to South Carolina, while Arkansas will host Florida.