The Vanderbilt Hustler • May 14, 2021 • https://vanderbilthustler.com/2021/05/14/womens-golf-vanderbilts-season-ends-in-bitter-fashion-as-team-misses-cut-at-ncaa-regionals/ 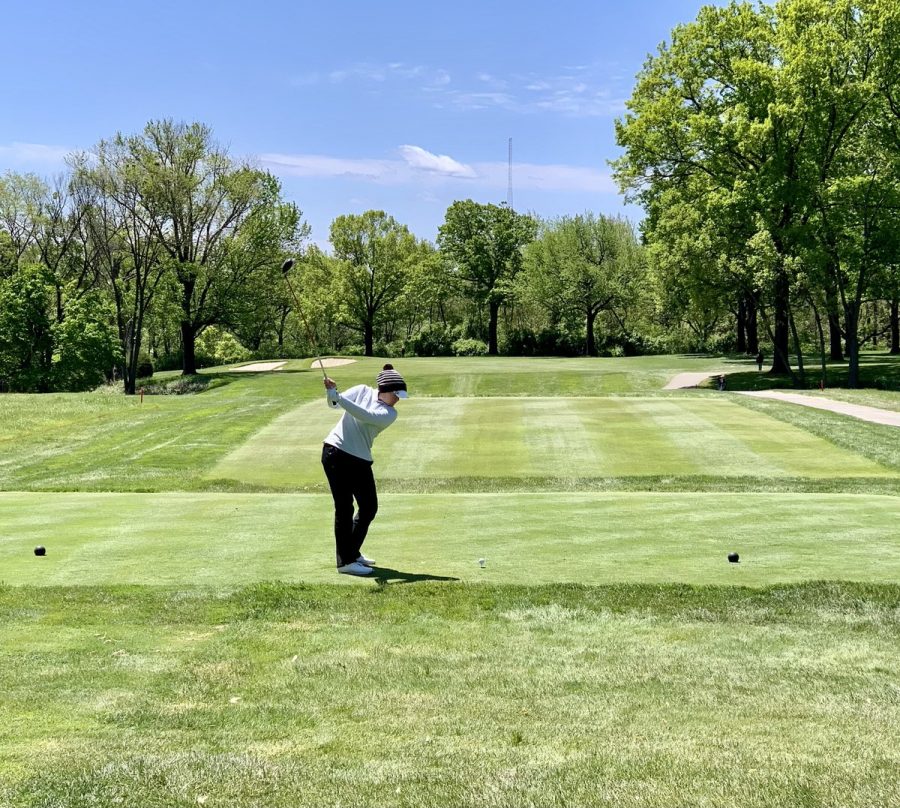 Vanderbilt was unable to advance to the next round of the NCAA Championships. (Twitter/VandyWGolf).

Vanderbilt’s aspirations to make the NCAA Championships seemed bleak after Monday’s nine-over performance, which left the team tied for ninth. Sophomore Celina Sattelkau and senior Louise Yu led the day with two even-par performances, but the rest of the Commodores underperformed. Sophomore Tess Davenport looked to finish atop the leaderboard after being nine-under through nine holes. Unfortunately, Davenport finished the day at three-over due to two double bogeys and three bogeys.

“We know going in that the golf course would be tough,” head coach Greg Allen said. “Unfortunately, we didn’t drive the golf ball well the first nine holes. We did not get off on the right foot. We also had three kids playing in the regional for their first time, and we did not have much experience.”

Tuesday was much of the same, as the student-athletes struggled to make a push due to the tumultuous conditions. The Commodores looked passive on the front nine, and they needed an energy boost.

“We got off to a really horrendous start and I wasn’t quite sure what was going on after six or seven holes,” Allen said. “We knew the course was going to play much harder today but for some reason, we didn’t handle it well early on.”

The tides suddenly turned on the back nine as Vanderbilt gained control. Seven Commodore birdies and an eagle by junior Auston Kim provided the team with much-needed momentum going into the final day of the tournament. The Commodores finished Tuesday at 10-over, just four shots out of sixth place.

On Wednesday, Vanderbilt fed off of Tuesday’s momentum, dominating the course on the front nine. The Commodores made nine birdies and were five-under through nine holes. They looked to be right in the mix to move on to the next round.

The tenth hole was the beginning of the end, as a brief delay killed the team’s momentum and led to lethargic performances down the stretch. Vanderbilt ended the day at three-over after making four double bogeys on the back nine.

“We just ended with a few shots too many,”Allen said. “We played really good on the front nine but lost momentum on the 10th. We had a 20-minute wait on the back nine, and it killed our momentum. All five girls got off to a really good start, and we didn’t handle it well. We lost it right then, but I am proud of how they battled the last six holes.”

Two Commodores, Louise Yu and Celina Sattelkau, played well enough in Columbus to advance to the NCAA Championships in Scottsdale, Arizona. They will compete as individuals in the event, which begins on May 21.

“I am really thrilled for Celina and Louise and hopefully they will play well to have a chance to win,” Allen said. “An opportunity for those two to continue to have that experience is important so we can make sure that this does not happen again next year.”

The Commodores will now prepare for the 2021-2022 season. With a talented young core, Allen is excited for the student-athletes to gain more experience.

“I am excited for them to have a solid summer and come back in August ready to play,” Allen said. “We have the majority of our squad coming back next year.”