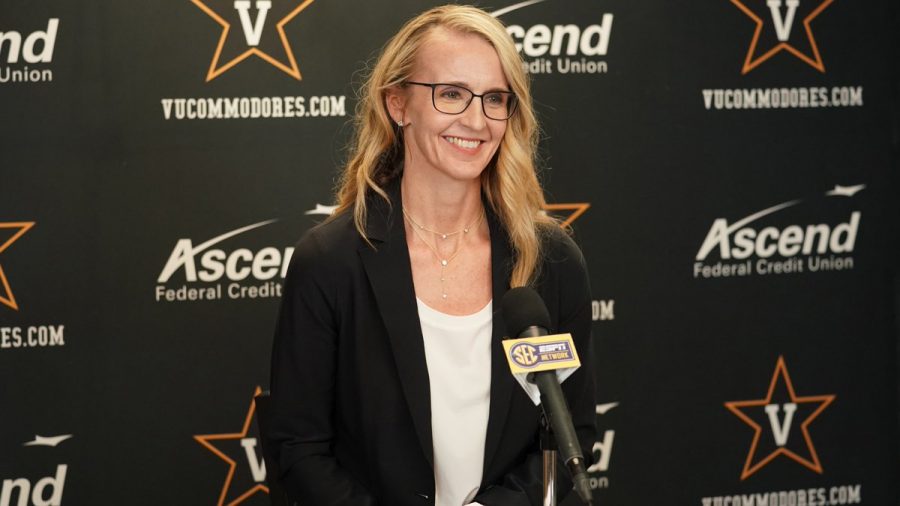 Newly minted Vanderbilt women’s basketball coach Shea Ralph finished up hiring her assistant coaching staff a few weeks ago on April 23rd. Ralph used her 14-year experience as assistant coach at the University of Connecticut to round out a top-notch staff. Ralph will aim to turn around the Commodore program with the hirings of associate head coach Tom Garrick, assistant coach and recruiting coordinator Ashley Earley and assistant coach Kevin DeMillie.

A full staff, just in time for a big weekend of recruiting.

We've got our eyes peeled for some future Commodores.#AnchorDown pic.twitter.com/bv4kNdjt8V

Garrick, Ralph’s husband, previously coached as an assistant at Vanderbilt from 2009-15 under former head coach Melanie Bacomb. During his tenure on West End, Vanderbilt made five tournament appearances, had one honorable mention All-American and seven all-SEC players. Garrick spent time as an assistant at Boston College from 2015-18 before jumping to a head coaching position at UMass Lowell before the 2019 season, where he compiled a 35-46 record.

Earley returns to Nashville after having a distinguished playing career for the Black and Gold and a stint as an assistant under Melanie Bacomb as well. Earley is a member of Vanderbilt women’s basketball’s 1,000-point club and was drafted by the Indiana Fever in 2005 after finishing as a candidate for the Naismith and Wooden awards in 2004. She served as an assistant coach for Vanderbilt from 2013-16 and also had stops at Penn State, Northern Kentucky, Virginia, Marquette, Rhode Island, Tennessee Tech and Alabama.

DeMillie joins the staff as an assistant after leaving George Washington, where he was an assistant coach for the past five seasons. Ralph connected with DeMillie through their Huskie roots—DeMillie originally served as a student manager for the UConn women’s program and worked his way up the ladder, spending a total of seven years there before jumping ship for George Washington.

Ralph completes her staff just in time for the summer recruiting season to begin. Her first class will surely be important in shaping the future of the program—and now the new head coach has the staff to get started.