The Vanderbilt Hustler • May 2, 2021 • https://vanderbilthustler.com/2021/05/02/black-cultural-organizations-and-mlc-leaders-seek-change-within-vsg/

With Bruns and Prowell officially in office, Black campus leaders expressed concrete hopes for a new status quo between cultural organizations and VSG. 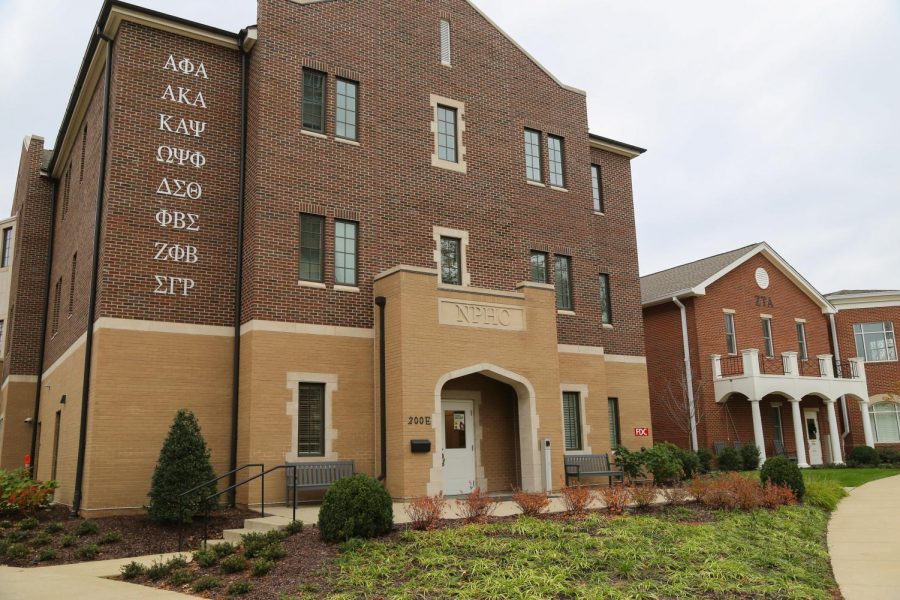 Following the election of Hannah Bruns and Kayla Prowell, the first all-Black, all-female ticket in VSG history, leaders of affinity and cultural organizations described their past relationships with VSG as marked by miscommunication and distance.

“Historically, and even over the past year, VSG has probably been pretty disappointing to us at NAACP and also the Black community in general,” Vanderbilt National Association for the Advancement of Colored People (NAACP) chapter President and Questbridge President Virginia Richards said.

Per Richards, VSG has been known to Vanderbilt’s Black community as a traditionally white organization, given that white and affluent students have typically occupied the highest positions.

Other cultural organization leaders have expressed similar discontent regarding VSG’s tendency to only reach out during campaign season and the dynamics of the most recent VSG election cycle.

Bruns said that her administration is determined to change this status quo.

“In the past, VSG has not done a good job of connecting with Black Vandy,” Bruns said in a message to The Hustler. “In talking with a lot of Black organizations (including people from NPHC), many of them told Kayla and I that they have not heard from VSG in over a year. That’s unacceptable during any time, but especially given the events of this past year.”

Lack of Trust and Communication

According to Black cultural organization leaders, VSG has been a distant and uninterested body in the Black community.

“With NAACP and in general with other cultural orgs, other Black orgs, there’s this de facto understanding that VSG doesn’t really intentionally reach out to us unless they decide to spearhead an effort,” Richards said.

Richards characterized VSG’s connection with affinity organizations as reactive rather than proactive. Richards recalled VSG reaching out in reaction to the national discourse surrounding race but said she hasn’t seen the organization targeting the institutional roots of racism on campus.

“In the past couple years, with the specific demonstrations talking about anti-Black violence across the United States, the fact that we haven’t seen more outreach from VSG—effectively the most powerful organization on campus—is very concerning,” Richards said.

“There hasn’t been very much support from them for our initiatives, even though we all want the same goals,” Davis said. “We interact mostly when it’s campaigning season and everyone wants the support of the cultural orgs.”

However, Davis said that this gap hasn’t impeded the mission of Hidden Dores.

“There are things that our reach of our org could be broader if we had more of a working relationship with the student government, but I don’t think that the lack of relationship has hindered us in any way,” Davis said. “I’m really not pining for that.”

Per Raymond, VSG’s relationship with Black students on campus did improve this summer, but only in response to highly publicized police brutality and subsequent Black Lives Matter protests.

“I feel like it shouldn’t have taken such a big event like that for the relationship to have gotten better,” Raymond said. “Right now, it feels very surface-level.”

“We’ll get a lot of emails asking for support for senate bills, and we always support them,” Dominguez said. “But a lot of them are things we’ve already been working on for a while.”

Instead, Dominguez said she’d like to see structural changes from the VSG Senate so that senators get directly involved with the groundwork of making change.

“It can feel invalidating when senators send these bills to us and explain how they’re going to help our community, especially when it’s an initiative we’ve been working on all year long and we’ve already heard from the administration all the reasons why it’s not possible the way that they’re presenting it,” Dominguez said. “But then it’s presented from them in a way where they’re coming to our organization’s rescue with this bill, and all we need to do is co-sign it.”

“They need to take a moment and really reassess what their goals are and realize that, if they really want to get these things done, they need to bring more Black students and students of color to the table and actually talk to them,” Nwaezeapu said.

2020-21 Speaker of the Senate Kate Petosa did not respond to The Hustler’s request for comment.

Response to the Safe and Fair Housing Resolution

For Dominguez and Nwaezeapu, The Safe and Fair Housing Resolution was one such example of performative action.

The resolution, which called for the repurposing of empty Greek houses, passed on March 17 with 27 voting in favor and one abstaining.

In one section, the bill described how NPHC organizations had “already been consolidated into one house”—a characterization Nwaezeapu rejected, given that Vanderbilt was one of the first universities in the nation to build an NPHC house. Per Nwaezeapu, VSG neither consulted NPHC about the bill nor asked for co-sponsorship on it.

“This is a lot of performative activism here because how can you say you’re doing these things on behalf of the Black students or the NPHC and then not even contact them?” Nwaezeapu said. “We do have a lot of issues in NPHC, and having a house is literally not one of them.”

Per Deputy Speaker and fourth-year senator Syed Rahman, who co-proposed the bill, the bill’s authors spoke with the Interfraternity Council (IFC) and Panhellenic Council presidents before presenting the resolution. He said that they did not reach out to NPHC given the resolution’s limited scope.

“The resolution was focused on vacant housing [and] NPHC had a house that was fully utilized,” Rahman said in a message to The Hustler. “We were looking for a tangible option, so we reached out to stakeholders who had vacant spaces.”

Per Dominguez, VSG reached out to MLC about Resolution 20-21-23 for co-sponsorship but not for consultation, though MLC had been working on a similar project for years.

“Although we understand the symbolic importance of passing a bill in the VSG Senate, we wish there was more work done on these initiatives after the bill passes,” Dominguez said.

For Raymond, this example is part of a widespread lack of communication between VSG and cultural organizations on campus.

“Something that is super heartbreaking to me was that these conversations are happening without the voices who are supposed to be there,” Raymond said.

According to Richards, the accusations levied against Bruns and Prowell were often racialized, including denunciations of being aggressive campaigners.

“That just showed a lot of Black students on campus [that] at least this 2020- 21 regime of VSG really does not want to see two Black women occupy the highest positions,” Richards said.

Nwaezeapu said that such accusations affected more than the individual students involved and can leave a lasting mark on the community.

Per Raymond, Bruns and Prowell can expect pushback from the administration and student body against changes they might want to make, based on the events of this election cycle.

“They definitely have a lot of ideas and opportunities, and I definitely see that coming about,” Raymond said. “But, it will be harder [to enact change] given the nature of things that have already happened during their election.”

In the Future: Balance between Autonomy and Support

A better relationship between VSG and Black affinity organizations would include stronger lines of communication and clear organizational priorities, student leaders said.

“I think that Hannah and Kayla have both positioned themselves as leaders that will act proactively and will intentionally reach out to these affinity orgs that historically haven’t been given the platform that VSG has been given,” Richards said.

Both Davis and Richards expressed hope that Bruns and Prowell would institute regular meetings between VSG and Black cultural organizations to ensure that Black voices are heard on the VSG agenda.

“I just don’t think that the pulse is where it needs to be,” Davis said. “Again, this could change because Hannah and Kayla are Black women and they do have relationships with Black Vandy outside of VSG, but I think, even in their administration, they should still keep their finger on the [pulse of] activism and the work that Black orgs are doing on campus.”

“There definitely needs to be more structure in place in terms of having a liaison that is checking in with cultural organizations and actively being present at our events or our meetings,” Raymond said. “Simple things as far as that could definitely be something that builds that bridge [with VSG].”

Dominguez and Davis also emphasized that VSG shouldn’t infringe on the work cultural organizations are already doing but instead strive to support it.

“If we both just say our mission is to increase inclusivity on campus and then we don’t explicitly delineate how then we both just end up literally having meetings for the exact same initiatives,” Dominguez said. “It’s incredibly inefficient.”

Per Richards, the VSG executive board and committees alike should reach out to affinity organizations earlier in the year than usual.

“Meetings with Hannah and Kayla and the Black orgs on campus on a monthly basis would be very helpful,” Richards said. “That will demonstrate [that] not just Hannah and Kayla, honestly, but the rest of the cabinet has invested interests in hearing from Black leadership.”

Bruns affirmed her commitment to making this goal a reality.

“Kayla and I definitely hope to change this dynamic moving forward,” Bruns said in a message to The Hustler. “We look forward to talking with leadership from NPHC and other Black orgs on this campus so VSG can do a better job at uplifting their voices and putting actions to words.”

Trent Griffith contributed to the reporting for this piece.