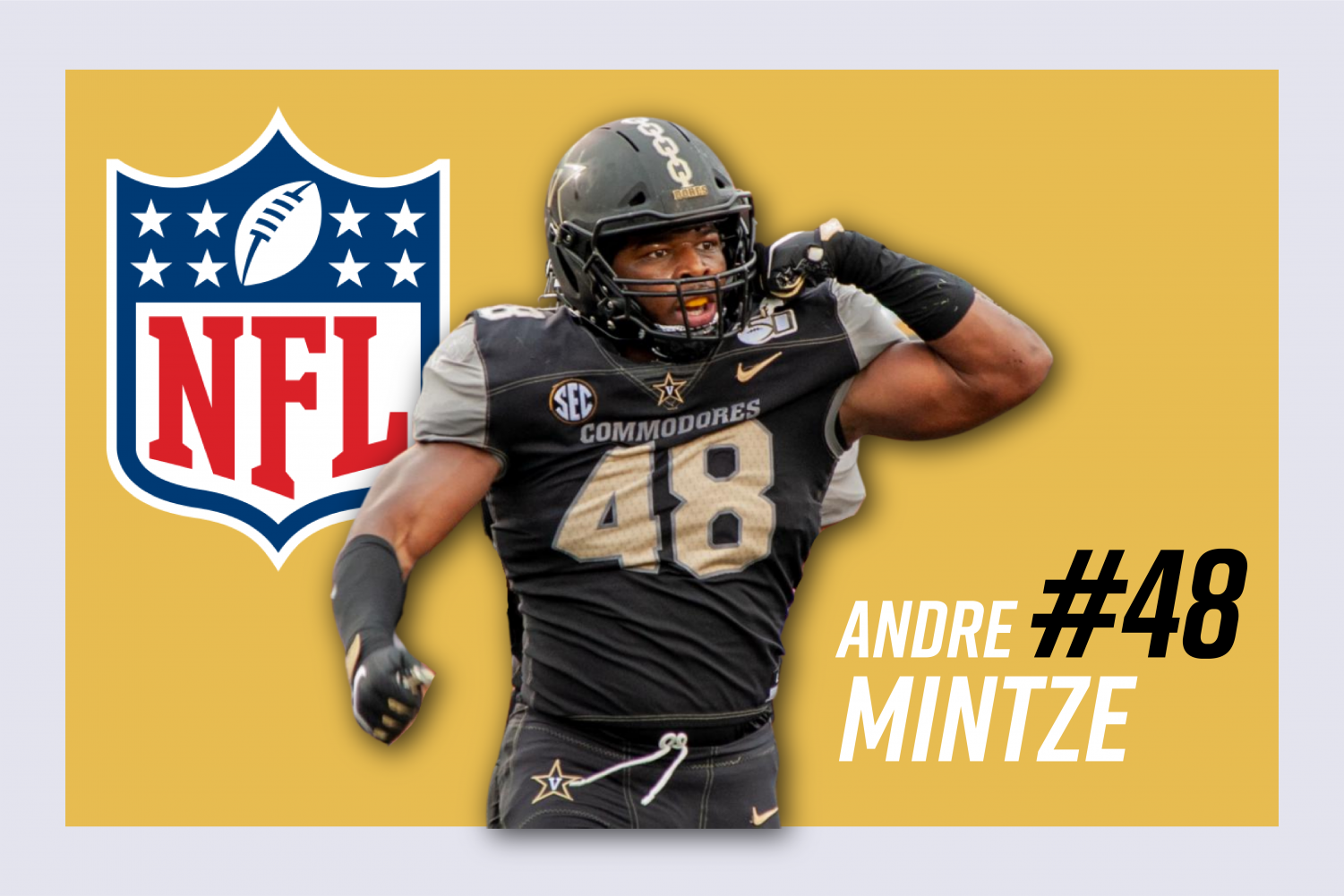 Mintze’s overachieving play in 2020 elevated him into NFL Draft conversation and he figures to be of interest to teams as an undrafted free agent, if not in the later rounds of this weekend’s draft.

Over four years on West End, Mintze accumulated 75 total tackles, including 17.0 tackles for loss. His 5.5 TFL as a senior ranked second on the team behind Dayo Odeyingbo. He also ranked first on the squad with two forced fumbles in 2020.

In terms of strengths, Mintze utilizes his tenacious attitude to cause ruckus on opponent backfields. One of his top attributes is his high motor and constant effort that allows him to keep in pursuit and finish plays. His history as an overachiever and hard-nosed worker should carry over well to the NFL.

Lastly, Mintze is known as a fantastic teammate and high character person. He was a two-time nominee for the Wuerffel Trophy (awarded annually to the college football player who best exemplifies community service and academic achievement) and Jason Witten Collegiate Man of the Year Award. He also started Dancing ‘Dores, Vanderbilt athletics’ partnership with the university’s Dance Marathon fundraiser. Mintze was named a two-time captain under Derek Mason as a junior and senior.

In examining Mintze’s ability to play at the next level, the biggest holdup is his size. Evidently, it didn’t hold him back in college, but the NFL is a different beast: the average defensive end in the league in 2013 was 6’4, 283 lbs, and that was eight years ago. Mintze also doesn’t possess elite twitcheness to make up for that frame, like, say, projected first-round edge rusher Azeez Ojulari from Georgia, who is 6’3, 240 lbs.

Lastly, given Mintze’s undersized frame and strength as a contributor in the run game, some teams will surely want him to play a more hybrid outside linebacker role in the league. This potential position change will be an area of adjustment for Mintze to continue to hone in on his developing skills in pass coverage and run help, as he never played outside linebacker during his time on West End.

Coming out of college, scouts said Ngakoue was skilled at setting the edge, played with high effort, and had an advanced array of rush moves, but needed to add size and strength to stick in the NFL, all of which mirrors Mintze. Five seasons and one Pro Bowl later, Ngakoue has been the road map for a player like Mintze, who is skilled but undersized and comes into the process as a bit of an unknown: if the strength and technique come along and the effort translates to the NFL, teams could find themselves a diamond in the rough.