Former Dayton guard Rodney Chatman announced Saturday via his Instagram that he has committed to Vanderbilt for his final year of eligibility. 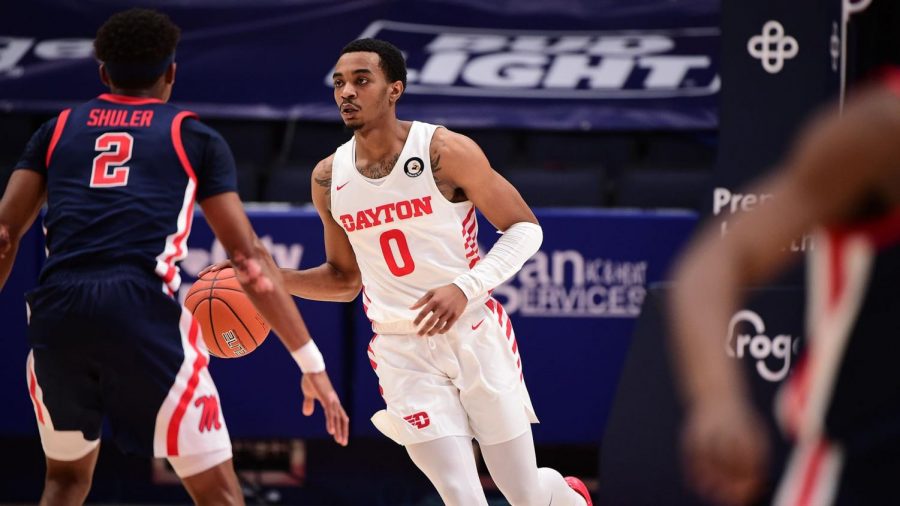 On Saturday, former Dayton guard Rodney Chatman announced that he has committed to Jerry Stackhouse and Vanderbilt as a graduate transfer via his Instagram.

Vanderbilt will be the third and final stop for the 6’1″ guard as Chatman began his career at Chattanooga before playing two years at Dayton. His 2020-21 season was cut short by a hand injury suffered on Dec. 30 but he successfully returned from surgery in mid-February to play the final six games of the regular season. In total, he started 42 of his 43 games at Dayton including all 31 games in 2019-20, a year that saw the 29-2 Flyers finish third nationally in the NCAA AP Poll.

He averaged 7.8 points, 3.3 assists and 1.4 steals over those 43 games and averaged nearly 14 points in his sophomore year with Chattanooga before transferring.

Chatman’s commitment is Stackhouse’s second dip into the transfer portal after former Minnesota center Liam Robbins committed to the Commodores on Apr. 12. Robbins and Chatman fill the open scholarships left by outgoing transfers DJ Harvey and Ejike Obinna. Robbie Weinstein of 247Sports has also reported that freshman guard Issac McBride has entered his name into the transfer portal, leaving Vanderbilt with at least one more open scholarship—and possibly two if Pippen Jr. elects to remain in the NBA Draft.