Many seniors were unsuccessful in reserving tickets due to technological complications and limited ticket availability. Approximately 150 additional pods of two tickets were made available, per the university. 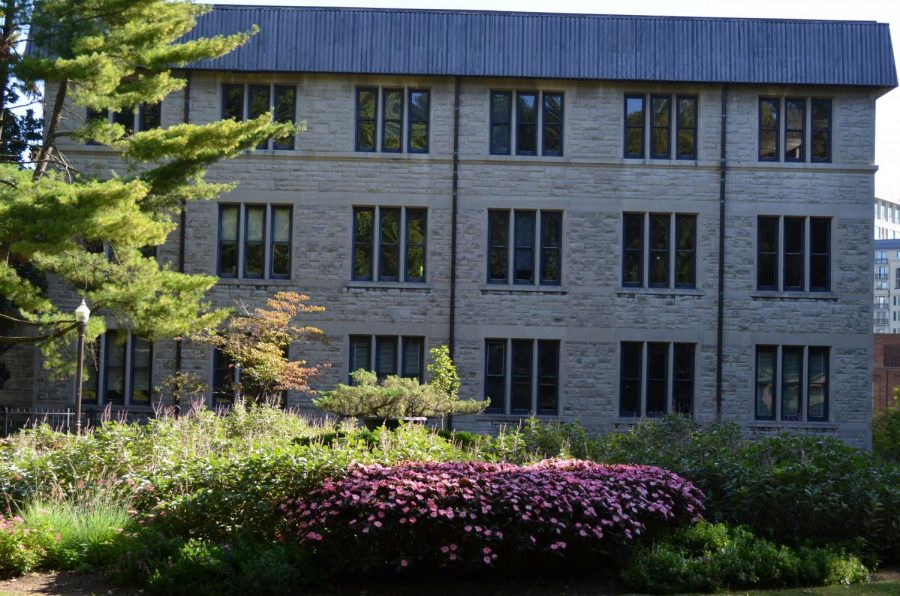 Image of flowers outside of Furman Hall. (Hustler Multimedia/Alex Venero)

On Monday, April 12, seniors faced difficulties trying to secure extra guest tickets for commencement. These complications stemmed from issues with the ticket link and the FEVO ticketing portal and the limited number of tickets available.

Starting at 7 p.m. CDT, seniors could attempt to secure two additional tickets on a first-come first-served basis via a link that was to go live on the Class of 2021 Commencement landing page. Originally able to have two commencement guests, seniors were able to join a waitlist for additional guest tickets. Seniors received an email on April 8 informing them that the process would take place on April 12 and a reminder email on April 12 which included the link to the Class of 2021 Commencement website.

“There is a very limited number of tickets available for the Class of 2021 undergraduate ceremony, and we will not be able to accommodate all who are seeking additional tickets,” the email read.

Senior Romy Pein said that, although she had checked the website and had continued to refresh the page, the link did not appear until about 7:10 p.m. CDT.

“I was eventually able to go through the check out process, but when I got to the end the loading bar was there for about five minutes,” Pein said.“When I tried again, the tickets were all gone.”

Senior Noa Worob also said that the link appeared ten minutes after the email said it would. However, she was successful in securing two extra tickets. Worob added that a lottery system to give out the tickets would have been an easier method.

“It’s definitely a frustrating and complicated situation. Only three people I know were able to reserve the extra tickets,” Worob said.

Pein noted that the process could have been more complicated for students who do not have adequate internet access or whose work shifts interfered with the time that the link was supposed to be posted.

Worob stated that this wasn’t the first technological issue that seniors have encountered surrounding commencement. When Vanderbilt sent out the first link to reserve tickets, the email included the link to the Class of 2020’s ticket page.

The April 12 email further specified rules regarding the transferability and logistics of securing extra tickets. It noted the tickets are not transferable and additional attendees are not guaranteed to be in the same proximity as a graduate’s initial two guests.

“Anyone found to be distributing guest tickets in exchange for compensation of any kind may not be able to participate in Commencement, and all of their tickets will be invalidated,” the email read.

In an email to The Hustler, the university stated that there was high demand for tickets since students had been previously limited to two. The heavy traffic online caused loading delays and the high demand led to the tickets being claimed quickly.

“The heavy traffic on the online ticketing platform caused loading delays, and the high demand resulted in the limited number of tickets being claimed before many users were able to complete the checkout process,” the email read. “Approximately 150 additional pods of two were made available; those were claimed in a matter of minutes.”

Pein and Worob both reported frustrations with the ticket reservation process, but are grateful for efforts Vanderbilt has made with organizing the ceremony in the midst of the pandemic.

“The whole process is very complicated, but I understand that this is completely different from normal years,” Pein said. “I appreciate the work Vanderbilt has done to make an in-person graduation possible.”