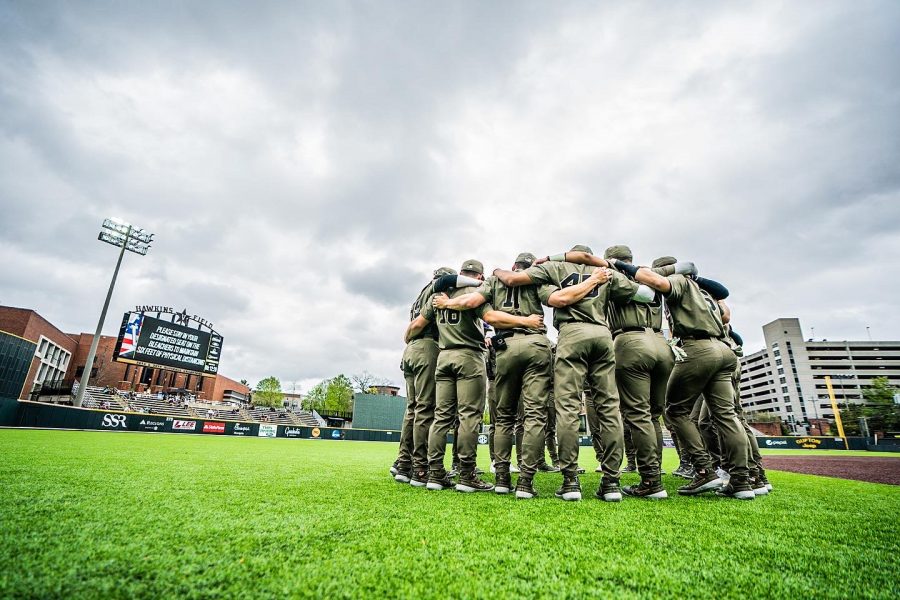 Following last night’s 6-4 win over Eastern Kentucky that got Vanderbilt back into the win column, head baseball coach Tim Corbin answered questions Wednesday afternoon about his team, the matchup at Tennessee this weekend and the NCAA regional host selection status.

Vanderbilt (26-5, 9-3) heads to Knoxville this weekend to clash with the upstart Tennesee Volunteers (28-6, 9-3) in a battle for first place in the SEC East. Coach Corbin offered thoughts on how his team is shaping up for the weekend coming off their first series loss against Georgia this past weekend:

“I think as you proceed through the conference, you start learning more traits about your team and where they’re vulnerable, and where the warts are. The quicker you can identify what those are, the quicker you can get to them and improve upon them. And I think that’s where we are right now. We just got taken down pretty hard by a very good Georgia team.”

The VandyBoys were upset in their last SEC series, dropping two of three home games to the unranked Georgia Bulldogs. On Wednesday, Coach Corbin seemed eager to see how his team will respond to the adversity against another tough opponent.

“Now, I want to see how we’re going to react to this particular situation; this team that we’re about to play this weekend is going to be a very difficult team to play for a lot of different reasons, not just because they will be at home, but because of who they are and their baseball personality. It’s very strong in my opinion.”

Despite giving up a career-high six earned runs, including three home runs, Corbin was confident in Kumar Rocker’s ability to help his team manage that adversity and bounce back strong this coming weekend.

“Oh, [Kumar] he’s a good responder now. The first inning he got ambushed. And then that sixth inning  he got ambushed, too. In that particular situation it happened so quickly. It was like four pitches. Next thing you know, it’s 3-0. And then in the sixth inning, it was 6-1. But he’ll respond well, he is in a good frame of mind, he’s a mentally tough kid and he’s very responsive to challenges.”

Corbin was quick to complement the opposing manager, Tennessee’s Tony Vitello, and the program he’s built. The Volunteers—fresh off a series win over the then-No. 9 Florida Gators—are ranked in the top-five in the nation, per Baseball America, their highest ranking since 2006.

“He’s done a tremendous job in recruiting. I mean, Tennessee is Tennessee, it’s a state school. It encompasses a lot of fans within the state, rightly so. They’ve always been a very competitive program with tremendous resources.”

Corbin mentioned that the coaching staff has not selected a pitcher for Game Three of the series. Last weekend, freshman Patrick Reilly started Saturday against Georgia. Thomas Schultz, who had started every prior Game Three, started last night against Eastern Kentucky. 17-year-old freshman Christian Little pitched an inning against the EKU Colonels as well, but he has been impressive thus far and may get the nod in the series finale against Tennessee. Corbin discussed his acclimation to campus so far and what impressed him about the young right hander.

“He’s got a skill set that I think stands to give him the opportunity to be a good pitcher in this program. I think the adjustment to the environment has been the most impressive thing [with him] because that’s not an easy thing, given that he came in here in January. He’s done a nice job academically, and he’s done a nice job fitting in, and fitting in is probably just as important as anything else.”

One point of interest looking down the line is the status of Vanderbilt potentially hosting an NCAA Regional (and, by extension, Super Regional). A few weeks ago, the NCAA announced that there would be predetermined regional sites for the 2021 NCAA Tournament, a measure taken to decrease travel during COVID-19. In the press release, the NCAA clarified that any school may submit a bid to host a Regional series. On Monday, however, the NCAA also announced it would not hold regionals in states passing anti-transgender legislation, which includes Tennessee. Coach Corbin updated the media on his understanding of Vanderbilt’s chances at hosting a regional and super regional, should they qualify.

“Yes, it’s very possible to host one in Tennessee and at Vanderbilt for that matter. I spoke to Candice [Storey Lee] this morning. And yeah, I think we’ll be able to do that. And we would want to do that. Vanderbilt would be very supportive of us hosting a regional again.”

While Corbin doesn’t have any guarantees, his confidence stems from those conversations he’s had with Lee and the university.

“My confidence comes from the university itself. But no, I have no assurances. As confident as I am, personally doesn’t mean that we’re going to have one here. I know the biggest factor is how Vanderbilt baseball takes care of the business because we have to do our part. If we don’t do our part, then it doesn’t really matter.”

The VandyBoys’ three-game series against the Tennessee Volunteers starts in Knoxville on Friday, April 16 at 6:00 p.m. CT.