Jerry Stackhouse landed a big-time transfer on Monday, with the addition of Liam Robbins. 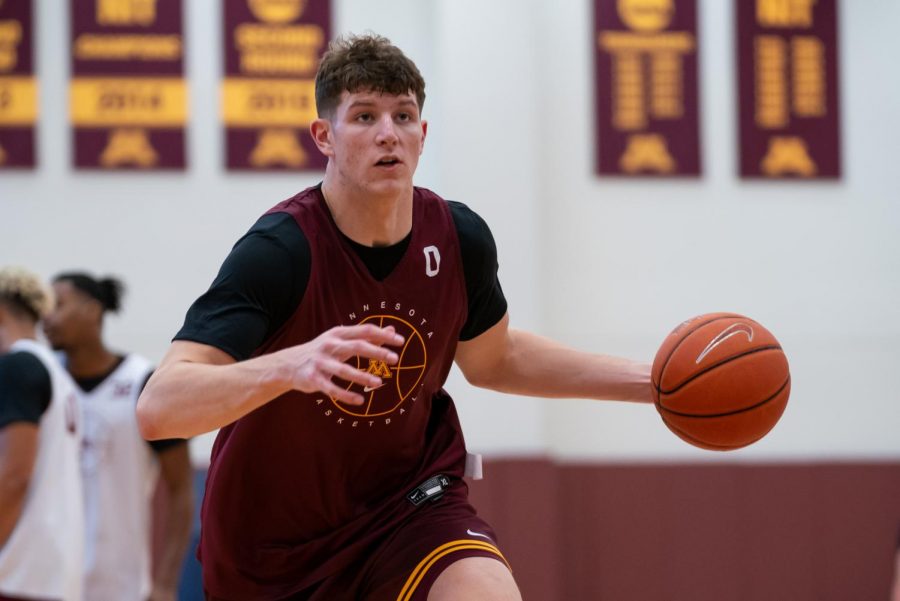 Liam Robbins in practice for the University of Minnesota. (Gopher Athletics/Brad Rempel)

Minnesota transfer Liam Robbins committed to Vanderbilt on Monday, he announced on his Instagram.

“Thank you to all the Coaches that recruited me,” the Instagram caption says. “Thank you to University of Minnesota faculty, administration, and fans for this past year! Lastly, I would like to thank Coach Stackhouse and his staff for this opportunity and I am proud to say I will be playing for Vanderbilt next year!

Robbins, a 7-foot, 235-pound center, just finished his junior season at Minnesota, where he averaged 11.7 points, 6.6 rebounds and 2.7 blocks in 24.7 minutes per game. Prior to his junior year, Robbins played two seasons at Drake. He averaged a team-high 14.1 points, 7.1 rebounds and 2.9 blocks en route to Second Team All-Missouri Valley Conference honors in his sophomore year.

The Davenport, Iowa native is believed to have transferred to Minnesota in part because his uncle, Ed Conroy, was the Golden Gophers’ associate head coach. His commitment comes a week after 247 Sports reported that Conroy is “likely” to join Vanderbilt’s coaching staff.

Robbins will come to West End with two more years of eligibility, as the NCAA granted student-athletes an extra year of eligibility due to COVID-19. He will be immediately eligible to play during the 2021-22 season.