VUPD Sergeant Clark said that the accident has been extinguished. 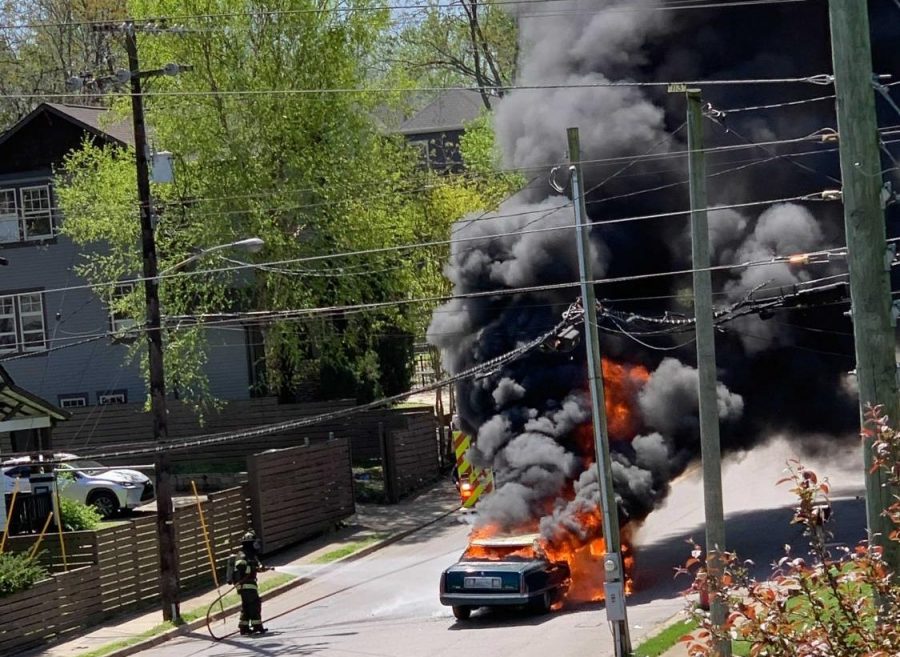 Around 11:50 a.m. CDT, a blue sedan erupted into flames on the corner of Wedgewood Avenue and 10th Avenue S.

Andy Carr, a junior sportswriter for The Hustler, called 911 after witnessing the accident from his off-campus apartment. He stated that the driver stood without assistance on the sidewalk after evacuating the car.

“We [Carr and his roommates] saw a car smoking and then shot up in flames and we heard a couple of explosions,” he said. “We at first thought it was a car bomb because it happened so fast and because of the noise, but it seemed just like an engine overheating.”

Carr said ambulances and fire trucks first arrived at the scene, followed by the Metro Nashville Police Department (MNPD) after the fire had already been put out. He also stated that a Vanderbilt University Police Department (VUPD) cruiser was present at the accident for a short time.

“The driver seemed to be an elderly woman and a charred wheelchair was pried from the trunk,” Carr said. “Nobody appeared to be hurt or taken away.”

According to VUPD Sergeant Clark, MNPD handled the incident.

“The fire has been put out,” he said.

Clark also stated that the cause of the fire is currently unknown.

This story will be updated as more information about the accident becomes available.