13th-ranked Vanderbilt gears up for the SEC Championship as it finishes the regular season with a top-five finish at the Collegiate Invitational. 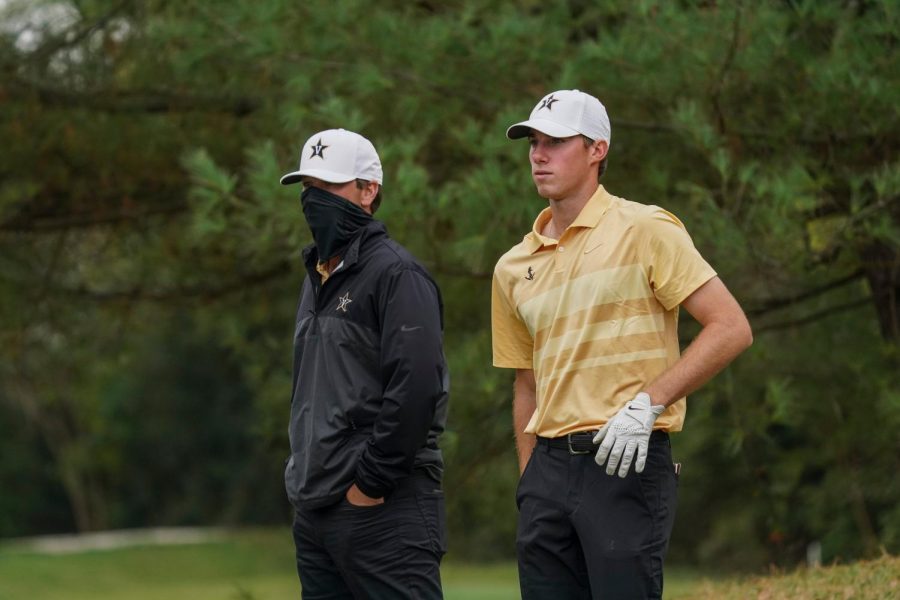 Vanderbilt men’s golf overcame a rocky start and finished fourth of 14 competing schools in the Collegiate Invitational from April 5-7 at The Country Club of Birmingham in Birmingham, Alabama.

“I am really pleased with the way the boys battled it in,” Vanderbilt head coach Scott Limbaugh said after the first round. “Obviously, the front nine was playing pretty tough and we made a few bad scores, but the guys’ ability to just hang in there is pretty cool.”

As Limbaugh alluded to, Round One quickly put Vanderbilt into revival-mode. Nine holes had been played, and the Commodores were in last place. The uncharacteristic errors made didn’t alarm the Commodores, though,  as they rallied on the back nine and climbed back into contention. At the conclusion of the first round, Vanderbilt finished with a three-over par, 287, placing the team in fourth place after 18 holes.

The promising end to Monday appeared to give the Commodores momentum going into day two, but Vanderbilt couldn’t capitalize. A day marked by tough conditions impacted Vanderbilt, as they fell into eighth in the leaderboard due to their 13-over-par performance.

The Commodores, trailing 13 strokes behind first-place Clemson, battled back into the top-five on the final day. Vanderbilt continued its success from the end of Monday, posting a 1-over par, 285. Vanderbilt finished with its best round of the week and a positive end to the regular season.

“I am extremely proud of the competitive character the guys played with today,” Limbaugh said. “The challenge is getting everyone to hold themselves and each other to those standards all the time.”

The Commodores closed their regular-season chapter on a high-note, and they now gear up for championship season. Vanderbilt shifts its focus to the five-day SEC Championship in Sea Island, Georgia, that starts April 21. Vanderbilt looks to emulate the success of the 2017 Vanderbilt Commodores and bring the championship trophy back to Nashville. For the Commodores to have their best chance to win, they must alleviate the inconsistent play and stay aggressive throughout the tournament.