In an announcement tabbed "the future of Vanderbilt athletics," the university unveiled significant facility construction plans on Monday. 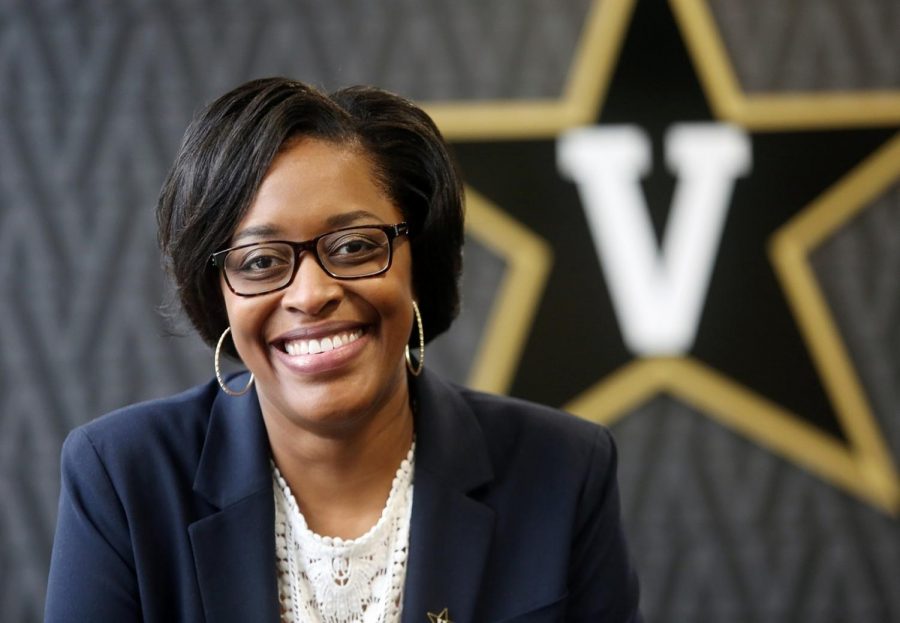 “The Vandy United fund represents the largest undertaking of its kind in Vanderbilt athletics history,” Chancellor Diermeier said in Monday’s press conference. “Vandy United begins with a simple premise: in keeping with our overall university mission, we will work hard and dedicate the necessary resources to achieve excellence in our athletics programs. Our restless pursuit of new heights is what pushes us in our classroom, in the labs and on the field.”

“This is a very special day for our university, our student-athletes and our fans,” Diermeier said. “For some time now, I have made [it] clear that Candice and I are committed to bringing Vanderbilt athletics into a new era. And today, we’re taking the next step to transform that vision into reality by announcing the Vandy United fund, a $300 million investment campaign to support major facilities and operational enhancements in athletics”

Lee and Diermeier noted that the university will release details and renderings of the facility projects this summer. They expect construction on the football and basketball operations center to begin after the conclusion of the 2021 football season, around the time of winter break.

The university said in its press release that the undertaking will address “both student-athlete and fan needs by transforming key facilities, offering improved fan amenities, broadening opportunities for community engagement” and more.

“Just as every student athlete knows, success does not come all at once. And in that spirit, today is one piece—albeit a very important one—of a broader strategy,” Lee said. “We have the ability to provide the best experience in all of college sports. And if we can, we should. Vandy United helps us get there. First, by adding to and upgrading some of our facilities in ways that benefit all of our programs and all of our student-athletes.”

Lee continued to note that the university will address the needs of fans, starting in Vanderbilt Stadium, with upgrades that include “premium seating, hospitality space, upgraded food and beverage options” and other changes to be announced later.

Vanderbilt worked with Perkins&Will initial phase of the facilities plan. In Monday’s press conference, Lee said the university will use Populous as the master architect. Populous has designed athletics venues in the past, including a FIFA World Cup stadium, Olympic Games venues and numerous collegiate athletics venues.

In the last decade, three of the biggest athletics facility renovations were the construction of the multipurpose fieldhouse in 2012, which cost just north of $30 million, the addition of a training facility to Hawkins Field in 2017, which reportedly cost just around $12 million and the renovation of Vanderbilt basketball’s practice facility in 2020, which put to use a $5 million donation from George Huber, a Vanderbilt alumnus, and his wife Cathy.
Lee, Diermeier on the need for renovations
Lee, a former Vanderbilt women’s basketball player, has worked in Vanderbilt’s athletic department for about 20 years. She’s been the sitting athletic director for just over a year, taking over in the interim after Malcolm Turner’s sudden resignation on Feb. 4, 2020, only to have the interim label removed on May 21, 2020. It took her just 13 months to announce the single largest athletics capital campaign in the school’s history, which Lee explained will focus on football and men’s and women’s basketball, but will benefit every program.

“I’m certainly a proud basketball alum, but it was important to me that we focus on infrastructure for all of our student-athletes. So, specifically talking about basketball, [it’s important] to have an operations center that can provide practice courts for each of our basketball teams, as well as ample recruiting space and expanded locker room space,” she said. “From a basketball and football standpoint, we know that those three sports require the greatest investment right now—that is not a secret. Both of those operations centers will provide that, but I am happy for all student-athletes because everyone is going to benefit.”

Diermeier continued to note that when he first arrived at Vanderbilt, he saw a university with “tremendous momentum and great potential.” He expressed a lack of complacency with what Vanderbilt has achieved, particularly in the realm of athletics.

“The way I encapsulated that is I said, ‘We’re proud, but we’re not satisfied.’ That’s true for academics and that’s definitely true for athletics,” he said. “We think that [Vanderbilt has] a very strong value proposition for the type of [student-athletes] that can thrive in this environment. but in order to allow that for them we need to have an infrastructure and the resources that [can help them] realize their full potential.”

Neither provided a specific comment on the potential for a new football stadium or basketball arena. Lee said the university is not “skipping steps” as it works on improving the programs’ infrastructure first.

At the moment, it remains unclear where the university will position either of its new operations buildings. Lee seemed to hint at the possibility of Populous helping the university find suitable positions for each, and she made a brief mention of both end zones in Vanderbilt Stadium as potential locations.

“There are several design options. I would say that the the end zones offer some opportunity in Vanderbilt Stadium,” Lee said. “There’s a lot of opportunity there, but we’ve not made any final decisions and so it is quite possible that what we actually thought we might do we may do it a little differently.”