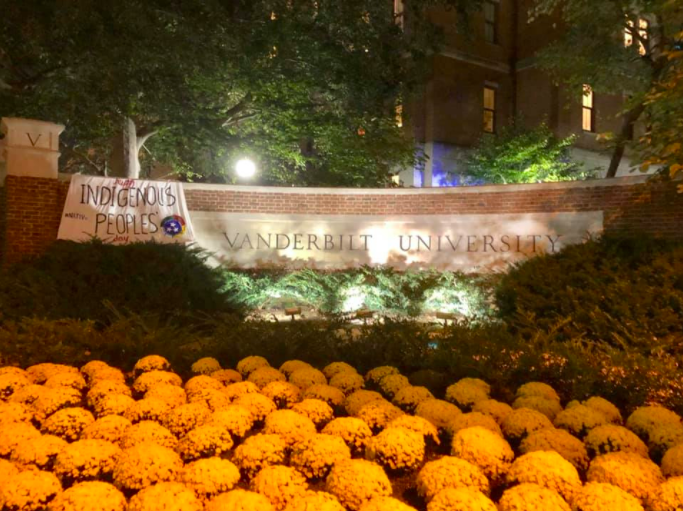 GUEST EDITORIAL: Indigenous student struggles: Why Vanderbilt can and should do better for Indigenous people

It starts with acknowledging the land the institution lies on.

For centuries, institutions of higher education have struggled to accommodate Native American and Indigenous students in supportive and inclusive environments through degree completion.

Vanderbilt is no exception.

Narratives of Native people in spaces of higher education have been dominated by homogenization, mis-representation and erasure. Spaces like Vanderbilt were not built for Indigenous people. Vanderbilt was founded in 1873, just a few decades after the Indian Removal Act, which forcibly removed thousands of Native Americans from the southeastern United States. Vanderbilt continues to benefit from genocidal acts such as Indian removal from the land the university resides on.

Throughout history, many efforts were made by the federal government to assimilate Native people; notably the statement of “Kill the Indian, save the man,” was prominently used and the driver of many of these efforts. It is exactly what it sounds like: an effort to rid all aspects of what it means to be Native and save the parts that are “useful” for colonial societies. Notably, one of these efforts by the federal government to execute this plan was boarding schools. Children were removed from their homes and sent to educational institutions to learn how to be white and eventually, assimilated into western society. They were stripped of all that defined them as being Native—their hair, languages, spirituality and culture. Disengaging in anything that was defined as “Indian” made life easier, more tolerable.

As recent graduates of Vanderbilt, we can’t help but identify many parallels between the culture and environment on campus and America’s larger effort to assimilate Native people. The  alienation we felt on campus, navigating in the non-welcoming or accepting culture of campus, parallels what I can imagine it felt like at boarding schools. Our freedom to be unapologetically Indigenous narrowly existed on the campus.

As student leaders, we spent an incredible amount of time, energy and emotion merely trying to have our presence acknowledged on campus. Often, we questioned if it would just be easier to “act white” and “be white” because of the toll of the advocacy work on our spirits. We provided hours of free labor educating senior staff and administration on our identities and the needs of our community. It was exhausting, though nonetheless, necessary to begin to create change. As we advocated for our community we had to, time and time again, explain our identities, why our presence on campus matters and why our experience at Vanderbilt was so frustrating.

More often than not, we were met with ignorance, lessons that misrepresented our identities or invisibility of our existence, both in curriculum and across other interactions on campus. We answered basic questions about Tribal sovereignty, how many federally recognized Tribes there are in the U.S. and even questions from peers about problematic framings such as blood quantum. We continue to be astounded at the lack of basic knowledge within the Vanderbilt community surrounding Indigenous people.

After these frustrating experiences we have come to ask: how elite of an institution can Vanderbilt really be, with the incredible amount of ignorance that exists across all levels of campus in regards to the first peoples of this land and our history, much less our mere existence in the present day?

Vanderbilt prides itself on being a “diverse” institution. VU has claimed that the most recent classes are some of “the most diverse incoming classes to enter Vanderbilt,” while failing to recognize there being no increased proportion of AI/AN students at Vanderbilt over the last decade.

We are a fraction of a percent of the students that make up Vanderbilt, but we are here; we matter, and this institution lies on the lands that some of our ancestors were forcibly removed from.

The lack of representation of Indigenous people—across students, faculty and staff—is no surprise, considering how few support structures are in place. As student leaders of Native American in Tennessee Interacting at Vanderbilt (NATIVe) (now known as the Indigenous Scholars Organization (ISO)), we tried to create a more inclusive space for Indigenous students. One action we took was passing a bill within the Vanderbilt Student Government (VSG) in the fall of 2019 that affirmed the use of a land acknowledgement statement drafted by Indigenous students, faculty and elder community members.

In the spring of 2020, a similar bill utilizing the statement was presented to the faculty senate, supporting the implementation and utilization of a land acknowledgement statement for the institution. We were under the impression that it would be passed before the end of the 2020 school year.

However, the bill has continually been stalled within the faculty senate for various (though non-specific) concerns about the “legality” of the statement raised by Chancellor Daniel Diermeier and faculty, as detailed in the senate faculty meeting minutes from the Jan. 14 meeting. The bill has still not passed. Delaying the passage of the bill also delays the use of the statement.

Our experiences and the experience of current students have been ones of little support and much frustration as the administration consistently finds ways to delay addressing the needs we express as a community.

To be clear: Affirming and utilizing a land acknowledgement statement is the bare minimum that the university could do to create a more equitable and welcoming space for Indigenous students; immediate action should be taken to adopt and utilize the statement. However, a land acknowledgement statement alone is not enough to create an inclusive environment for Indigenous students. Vanderbilt should also designate a space for an Indigenous Student Center, hire faculty and recruit students equal to or greater than the percent of Indigenous population in the U.S., create an Indigenous Studies department and implement required training for administration, faculty, staff and students about Indigenous histories and identities.

Until these steps are taken, Vanderbilt’s mission of creating a diverse, equitable and inclusive campus is only performative.

Students are better when they can be themselves, and they can’t be themselves at this institution. Students should not feel, on one hand, tokenized for their unique identity, and on another, ridiculed for being who they are.

There is much work to be done. It is up to Vanderbilt to prioritize the work and not rely on Indigenous students to do the leg work of advocacy, education and providing support networks.

If you are an ally or would like to practice and display your allyship for Indigenous people, take steps to educate yourself, listen to podcasts, read books and sign the student petition or alumni letter of support to encourage the chancellor and the faculty to pass the land acknowledgement statement bill in April. The land acknowledgement statement passed by VSG is below. Please consider using it before any of your events, or include a shortened version in your email signatures.

The Vanderbilt Hustler welcomes and encourages readers to engage with content and express opinions through the comment sections on our website and social media platforms. The Hustler reserves the right to remove comments that contain vulgarity, hate speech, personal attacks or that appear to be spam, commercial promotion or impersonation. The comment sections are moderated by our Editor-in-Chief, Rachael Perrotta, and our Social Media Director, Chloe Postlewaite. You can reach them at [email protected] and [email protected]
All The Vanderbilt Hustler picks Reader picks Sort: Newest
Subscribe
Login
4 Comments
Newest
Oldest Most Voted
Inline Feedbacks
View all comments
M
MARILYN Shoemaker

Thank you for your insight on the land acknowledgement act and the current actions to pass this act. Shame on Vanderbilt institution for dragging its feet and not doing more for Native Americans. God bless all Native Americans! When I think about how they have been mistreated, my eyes fill with tears and my heart hurts just knowing more must be done to acknowledge the misuse of their land and their people by Vanderbuilt.
Native Americans should be #1 over any other group to receive repatriation funds they so much deserve.

Miigwetch/thank-you for your work on this! It may not feel like it now, but it helps all of us Natives in academia.

Reading the faculty senate minutes I’m a little flabbergasted as to why they didn’t just approve the land acknowledgement. What kind of legal issues could there even be, especially when General Counsel has already approved the statement?? Also, what does something being “recommitted” mean? As the article said, a land acknowledgement is the bare minimum VU could be doing — and it’s stalling.