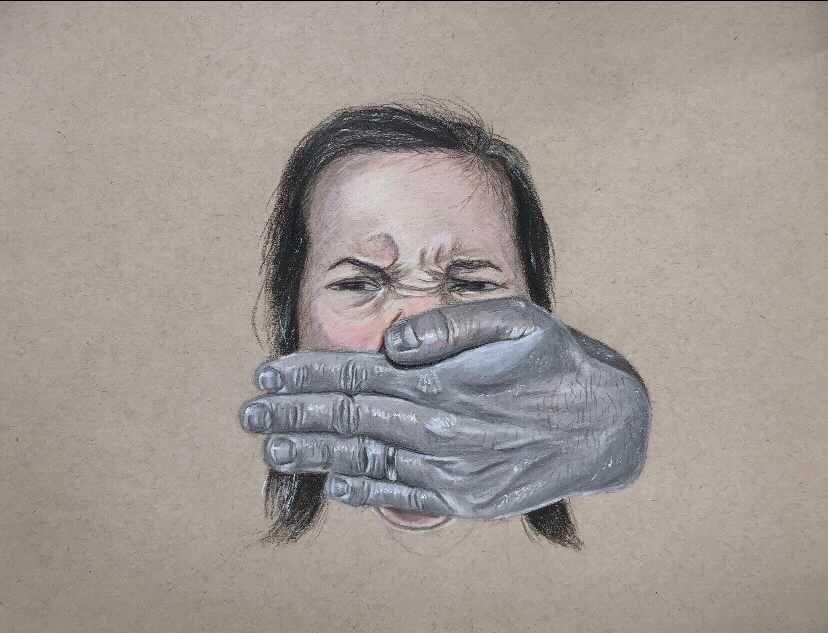 Eat the Rich: My body is not your playground

On Feb. 10, a blatant attempt to control women’s bodies was introduced to Tennessee state lawmakers in the form of Bill SB0494. If passed, the bill will allow the biological father to prevent a pregnant woman from obtaining an abortion with absolutely no exceptions—even for incest or rape. If the woman still has the abortion, she will face jail time.

But what exactly does it mean to “control” a woman’s body? Up until the 1970’s, it meant that women could not open a bank account, adopt a child, or obtain a credit card without a man. The recent wave of proposed abortion laws are part of a long American, and global, tradition of limiting a woman’s autonomy over intimate aspects of her own life.  Bill SB0494 is grounded in continuing the long standing tradition of granting men control over women and removing their bodily autonomy. This bill puts a woman’s right to choose in the hands of a man she slept with. Beyond this bill likely being unconstitutional as determined by Planned Parenthood vs. Danworth, it is frankly insulting to the women of Tennessee.

One Tennessee lawmaker, Rep. Vincent Dixie (D),  explored how this bill could potentially play out. Dixie described a hypothetical scenario in which a 15-year-old girl is assaulted by her coach or teacher and, as a result of this bill, is forced to carry his child to term. I like to think that everyone reading that scenario would find it absolutely heartbreaking. That girl is a victim and a child herself. At such a young age, she may not be ready to have a child, and she should never be forced into motherhood based on the decision of any man, let alone the man who raped her. Yet, the conservative Tennessee lawmakers see no problem in this scenario. Rep. James Van Huss (R) responded to Dixie’s scenario by saying “You asked if I could find the evil in the scenario. I cannot because the evil I find is what you left out,” explaining that he only sees evil in aborting the child.

This is the most important point that often gets lost in the rhetoric of the fiery abortion debate. Of course victims should always have the right to choose, but that right should not lie exclusively with them. All women, no matter their story, should have bodily autonomy. We are not objects, and our bodies are not a playground for insulting, heartless and inhumane legislation.

Women have sex. We deserve the same sexual freedom that men have in this country. This concept seems to baffle conservative lawmakers, who disguise their desire to control our sexuality with outdated rhetoric about God and babies. Supporters of Bill SB0494, like Rep. James Van Huss, use religious rhetoric to justify taking away a woman’s right to choose and giving ultimate control over her body to the man she slept with. In the United States, we practice freedom of religion—you are entitled to choose not to have an abortion due to your religion, but you are not entitled to restrict me, or any other woman, from having one. And, to Rep. James Van Huss, you are certainly not entitled to deprive me of my bodily autonomy, regardless of how much my choices may offend your personal religious beliefs.

Bill SB0494 is about men wanting to remain in power, wanting to keep their hands on our bodies and wanting to keep women oppressed. To take away a woman’s right to abortion is to take away our right to choose. It’s telling us that no matter how desperate we are, a man can walk into a courtroom and decide that a woman will carry his child to term independent of her health and safety. It’s telling us that our experiences are not valid, our choices are not valid and our pain is not valid.

The Vanderbilt Hustler welcomes and encourages readers to engage with content and express opinions through the comment sections on our website and social media platforms. The Hustler reserves the right to remove comments that contain vulgarity, hate speech, personal attacks or that appear to be spam, commercial promotion or impersonation. The comment sections are moderated by our Editor-in-Chief, Rachael Perrotta, and our Social Media Director, Chloe Postlewaite. You can reach them at [email protected] and [email protected]
All The Vanderbilt Hustler picks Reader picks Sort: Newest
Subscribe
Login
1 Comment
Newest
Oldest Most Voted
Inline Feedbacks
View all comments
A
Ann Yingling

You are entirely correct. No one should dictate what happens to my body but me!!!