VU Sports Wired is back for the second episode of the spring, where the hosts give closing thoughts on basketball and discuss baseball's hot start. 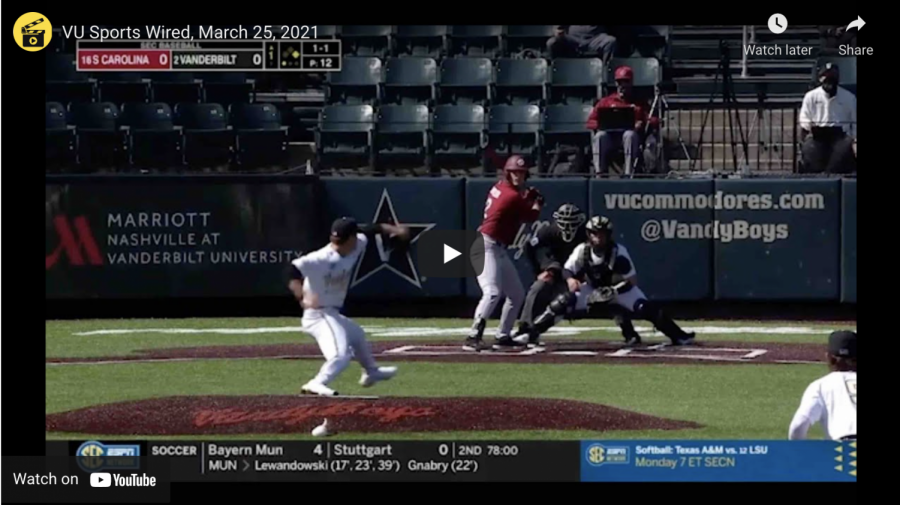 In the second spring episode, VU Sports Wired hosts Simon Gibbs, Bobby Kent and Bryce Smith give their closing remarks on the Vanderbilt men’s basketball season, and what the Commodores must look for in the transfer portal this offseason. Plus, the hosts debate whether Scotty Pippen Jr. will—and whether he should—enter the 2021 NBA Draft.

Then, the hosts move from the hardwood to the diamond, where Vanderbilt baseball is off to as hot a start as they could have asked for. What’s next for the No. 1 VandyBoys, as they move into their second SEC series against Missouri?

Tune in to VU Sports Wired via YouTube, The Vanderbilt Hustler or Vanderbilt Video Productions for news and up-to-date analysis on Vanderbilt athletics.