Christina Rosca’s talents on and off the tennis court

Rosca, a future doctor, is one of the SEC’s best tennis players in her fifth year at Vanderbilt. 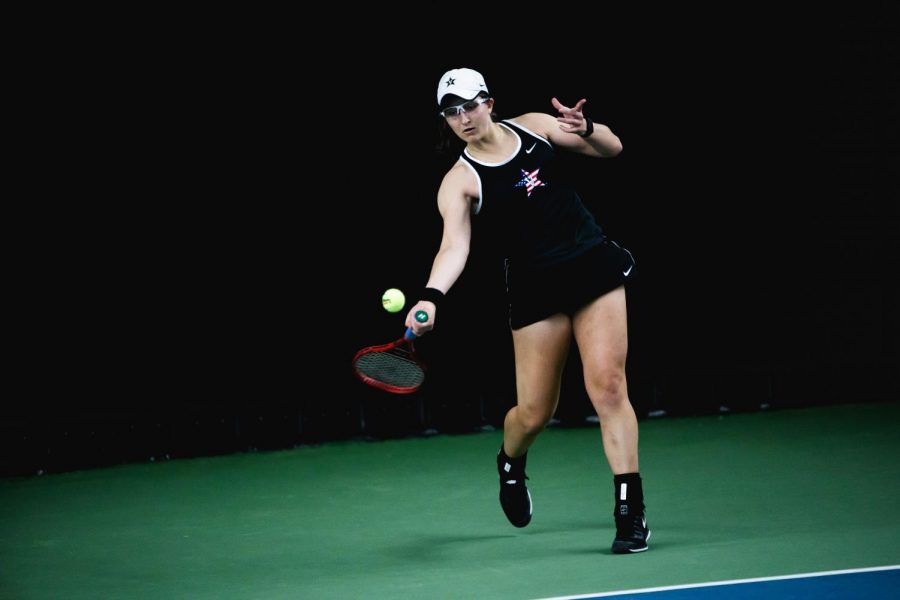 Fifth-year tennis star Christina Rosca is a woman of many talents. She speaks Romanian fluently, enjoys photography and follows the stock market. She also happens to have over 100 singles victories as one of the best players in program history.

Rosca made her impact known as a freshman. She went 27-12 in singles play and was named to the SEC’s All-Freshman team.

Her sophomore year was just as strong. Rosca earned 23 wins in singles and 28 wins in doubles play, with 11 of her victories coming against ranked opponents.

Rosca finished the COVID-shortened 2019-20 season ranked No. 18 in the nation in singles, and she was the highest-ranked SEC singles player.

Two months after the season abruptly ended, she graduated with a degree in neuroscience with highest honors.

“Going into college, I wanted to be pre-med,” Rosca says. “I knew it would be a huge challenge playing tennis and doing that so I had everything planned out well ahead of time. I did summer school most of the summers.”

Juggling a student-athlete’s workload with a tough academic load led to some late nights for Rosca. One biology test during her sophomore season stands out.

“We had a road trip to Northwestern and UNC, and I had a biology test that Monday,” Rosca says. “We had gotten back to campus at like 11 or 12 on Sunday night. I just remember drinking so much coffee because I had to stay up all night trying to study for that test.”

Her hard work off the court extends on the court as well.

“Chris sets the team bar for work ethic and has grown into a leader the team deeply respects and looks up to as one of the greatest competitors our program has ever had,” head coach Aleke Tsoubanos says.

Rosca says she wanted to finish college tennis on her own terms after the pandemic ended her senior season. When the NCAA announced that spring sport athletes could get another year of athletic eligibility, she was intrigued.

“Obviously, Chris was crushed when her senior season came to an abrupt halt last March,” Tsoubanos says. “I don’t think the tweet from the NCAA about the COVID extension was out for more than 30 seconds when she forwarded it to me and asked something like, ‘is this for real?’ There was no doubt in her mind that she wanted to return and no doubt in ours that we wanted her back for a fifth season.”

Rosca is currently in graduate school with plans to enroll in medical school after trying out professional tennis for two years. She’s already taken the MCAT exam for medical school.

She’s putting the finishing touches on an outstanding career at Vanderbilt, but her final season is about more than just wins.

“I really want to help the program grow,” Rosca says. “It’s how I can leave my legacy, by helping the younger girls maybe not make the same mistakes I did, or just guide them through various situations. I’m so grateful that I was able to come to school here, and I really want to see them do well even after I’m not on the team anymore.”

Rosca shined the spotlight on her teammates for creating a positive team environment.

“Tennis is an individual sport, and obviously I’ve done well on this team, but a lot of credit goes to my teammates,” Rosca says. “All the older players that I learned from when I was an underclassman, I wouldn’t be here without them.”