Rocker dazzles on the mound, Young shines at the plate as Vanderbilt defeats Illinois-Chicago 5-2 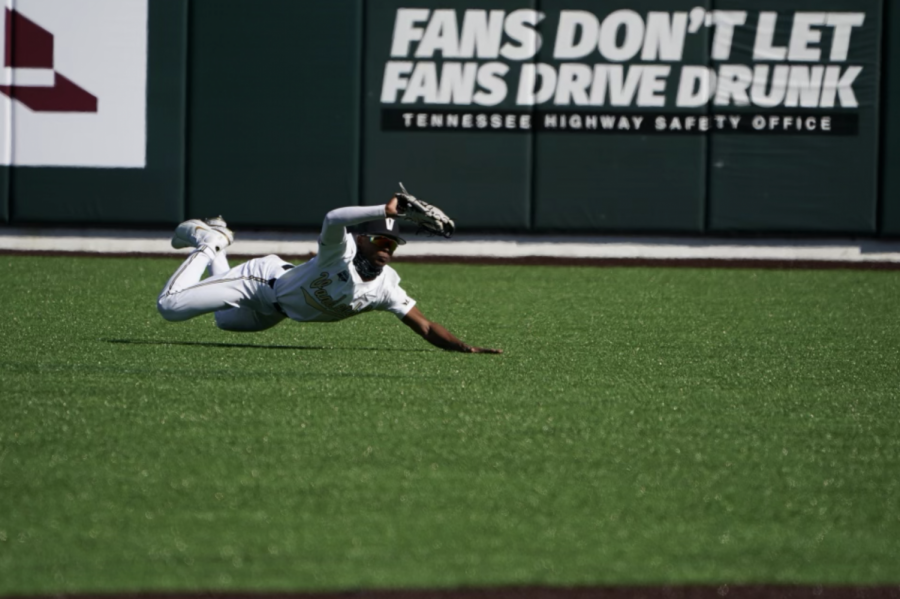 After a dominating 15-0 victory in the opening game of the series, the Vanderbilt Commodores had to battle hard to earn a second win against the Illinois-Chicago Flames, ultimately coming out on top 5-2 in a game where the starting pitchers shined on both sides.

The Flames had an early threat going in the top of the first as Kumar Rocker hit the first batter he faced and then walked the second. Rocker was able to escape the inning unscathed, however, thanks to a groundout, a strikeout and a terrific diving grab in center field by Enrique Bradfied Jr.

Vanderbilt had a small threat of its own in the second inning when Bradfield Jr. stepped up to the plate with men on first and second, but he struck out to end the inning.

The Flames scratched across the first run of the game, and their first run of the series, in the top of the third. Matt Bottcher smashed a one-out double to center to kick things off from Illinois-Chicago. Rocker struck out the next batter, Brett Tressen, but it was a wild pitch, pushing Bottcher to third and allowing Tressen to get on base. A groundout to second off the bat of Joshua Figueroa scored Botcher and gave the Flames the early 1-0 advantage.

The Illinois-Chicago lead didn’t last long, however, as Carter Young shot a line-drive homer to right center to tie the game at 1-1 in the bottom of the third.

Young finished the game with three hits, an RBI and a steal, adding another terrific game to his already extremely impressive season so far.

“He’s just getting better offensively,” Tim Corbin said of Young. “He’s got some strength in his hands. He does a good job of staying in the game mentally. His defense has a lot to do with that too because he truly loves both sides of the ball. He has such an affinity for defense that I just think it balances his mind in a very good way and a calming way.”

Vanderbilt had a chance to take the lead in the fourth inning when it loaded the bases with just one out. But, nothing came from it as Jayson Gonzalez hit a pop-up to third and Cooper Davis grounded out on the very next pitch.

The Commodores were successful in taking the lead in the fifth, as Young continued his hot streak and led off the inning with a double. Dominic Keegan advanced him to third before Parker Noland snuck a hard-hit single under the second baseman’s glove to score him.

After an up-and-down start, Rocker settled in at the end of his outing, retiring the side three consecutive times in the fourth through sixth innings. He finished his outing with six innings pitched, one earned run, two hits and eleven strikeouts before being replaced by Sam Hliboki to start the seventh.

“Once he got into that third inning and got out of that [jam], I thought he did well,” Corbin said of Rocker’s performance. “He just had a lot of adrenaline going in the beginning, and [it was] tough for him to command the ball. But, his compete is high, and once he got going, he was who he was.”

In the bottom of the seventh, the VandyBoys took advantage of facing a new pitcher as they lit up Cristian Lopez and got some key insurance runs. Young got things started again with a leadoff single and then Dominic Keegan smashed a triple that just barely missed being a home-run to score him. The Commodores tacked on two more in the inning thanks to an RBI single off the bat of Isaiah Thomas and then a sacrifice fly by Tate Kolwyck, bringing their lead to 5-0.

The Flames added a run in the eighth with a leadoff double by Bryan Rosario followed by an RBI single off the bat of Thomas Smart. Fortunately for the Commodores, Hliboki successfully worked a double play and a strikeout to limit any further damage.

That was as close as Illinois-Chicago was able to make it in the end as Luke Murphy clinched a save in the ninth and the Commodores came out victorious 5-2.

The VandyBoys will go for the series sweep tomorrow at 1:00 p.m. CST.