After Vanderbilt’s 11th-place finish at the Lady Gators Invitational, head coach Greg Allen talks about the team’s play and what comes next. 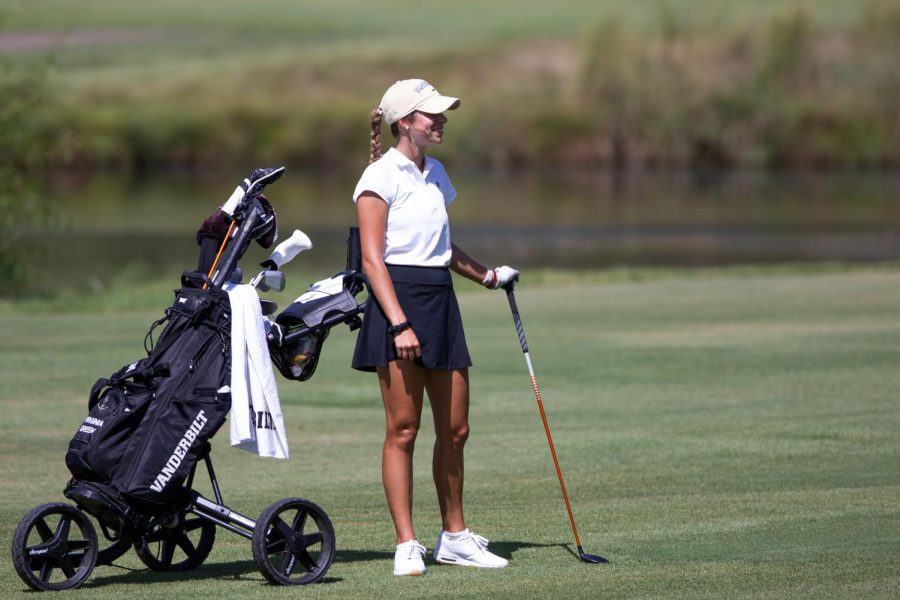 In their second tournament of the spring semester, the Vanderbilt women’s golf team finished 11th overall at the Lady Gators Invitational in Gainesville, Florida.

“[The course] provided a definite challenge for us,” said head coach Greg Allen. “Especially because we like to be a team prepared, and we went the whole week without seeing grass.”

Coach Allen said the team came into the tournament with lower expectations, since they were hardly able to practice this past week because of the local snowstorm. He even canceled some practices to avoid having his players drive on the icy roads to their facilities.

“[The lack of preparation] definitely showed in our short game,” Coach Allen said. “I think that’s one of the first things you struggle with after taking a little time off.”

For the second event in a row, sophomore Celina Sattelkau led the Commodores after shooting +3 for the tournament, placing tied for eighth among 75 players.

After having her first year at Vanderbilt cut short by the COVID-19 pandemic, Sattelkau developed her game in the offseason and has become one of the most consistent players in the conference.

Auston Kim, an All-American playing her second tournament back after opting-out of the fall semester, finished second among the Commodores after shooting +11 for the event.

Sophomores Jayna Choi and Tess Davenport, along with senior Morgan Baxendale, rounded out the rest of the lineup, completing the tournament at +17, +18 and +19, respectively.

Coach Allen expects to change the lineup in the next few events, acknowledging that some members of the roster have not been selected to play and that others have been unavailable due to COVID protocols.

“We’re just trying to figure out who the five are gonna be, come the SEC and NCAA tournaments,” he said.

Despite this week’s disappointing finish, Coach Allen has absolute confidence in the team and believes they will be ready for the rest of the season.

“I do like our team; I’m not gonna let that scoreboard tell me differently,” Coach Allen said. “I know their work ethic. I know their hearts [and] I know that they’re great kids and want it really badly.”

Coach Allen understands that the team shares his faith in their potential and their ability.

The team’s next tournament—the Gamecock Intercollegiate—will be played from March 1 to March 3 in Columbia, South Carolina.