Even with an up-and-down offensive performance against Wright State, the Commodores’ pitchers and defense continue to dominate. 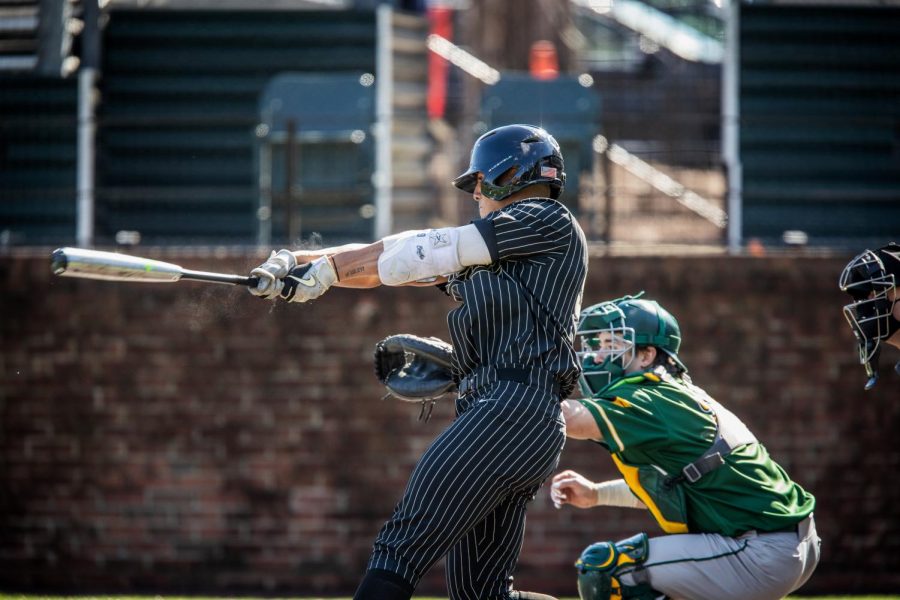 With last week’s snowfall came a dampened Vanderbilt offense, which came away with a defense-reliant 1-0 win in the second game against Wright State after a more characteristic 14-1 win in the first.

Among the pitchers to get some early playing time was first-year outfield/pitcher Grayson Moore, who’s had a standout showing in Vanderbilt’s first few games.

“Maturity,” Corbin instinctively said when asked about what stood out in Moore’s performance. “There are 18-year-old kids, much less 17 years olds [like first-year pitcher] Christian Little… That first time out is daunting, it doesn’t really matter what the score is and it doesn’t matter who’s in the crowd.”

“I think whatever year that’s gone by, the thing that is very evident in Isaiah is how he prepares and how he shows up to the facility,” Corbin said. “It’s his maturity… I think you can see him playing for a while, he’s one of those guys [who] has a future spike in his body. I would sense that he may get faster, his reads off the bat are getting better, there’s arm strength for sure, he’s got very fast hands at the plate, and he’s starting to understand pitch patterns and awareness at the plate.”

Senior outfielder Cooper Davis suffered a face injury in the season opener against Wright State as a foul ball hit his face and Tim Corbin provided an update on his status.

“He’s from Toronto, Canada, and he associates himself with the Canadians, being a hockey player—tough—and he fits that,” Corbin said of Davis. “I think the timeline for him is when the doctors tell us ‘no other damage,’ and he’s free to go whenever he feels like he can, then I think Cooper will be right back in there.”

Sophomore infielder Parker Noland played designated hitter the first few games whileJayson Gonzalez was at third base. Corbin was asked if their positions would see flexibility in the upcoming games.

“I think it’s flexible at any time,” Corbin said “Parker has played third base well, especially the last couple weeks, and those two guys push each other all the time, which is really good. I see Parker as an instrumental part of our lineup, and not just at DH either. Parker can play first, he can play second, he can play third.”

Vanderbilt’s pitchers and defense have proved they’re as competitive as their Omaha hardware suggests, having allowed just two scores through the first three games. Kumar Rocker pitched four innings in the first game against Wright State while Jack Leiter then pitched five innings in the second game.In the Western Kentucky game, Vanderbilt logged six pitchers playing at least one inning—not including sophomore pitcher Thomas Schultz, who Corbin alluded to for future lineups.

“We’ll have a better idea today [on the pitching lineup], and I don’t want to be vague on the rotation, but Schultz will pitch Friday, then I think it’s how guys feel today,” Corbin said. “We just don’t want to push the buttons too quickly. Both Leiter and Kumar have to throw. As it stands right now, we’ve got one Friday, one Saturday, two Sunday. I would imagine that both of them could pitch on Sunday, which would help them in coming back the next week, but we just want to see how they feel today.”

“Then the question is, what do you guys do Saturday?” Corbin asked rhetorically. “[An assistant] and I talked about that last night, and we still don’t have a clean answer on that… I think a lot of that will be contingent on today, and then how Schultz gets through tomorrow.”

In the midst of the out-of-conference games on the VandyBoys’ schedule, SEC play begins on March 19 against South Carolina. Corbin expressed a surprising amount of humility on behalf of the defending National Champions.

“I never feel like we’re ready for [the] SEC,” Corbin said. “We’ve just got to get a lot better offensively, we’ve got to grow as a team. I thought we saw pretty good pitching against Wright State… I just think we’ve got to see a lot of pitching, as much as we possibly can.”

The Commodores will begin their series against Georgia State at home at 4:30 PM CST on Friday, Feb. 26 on SEC Network+.