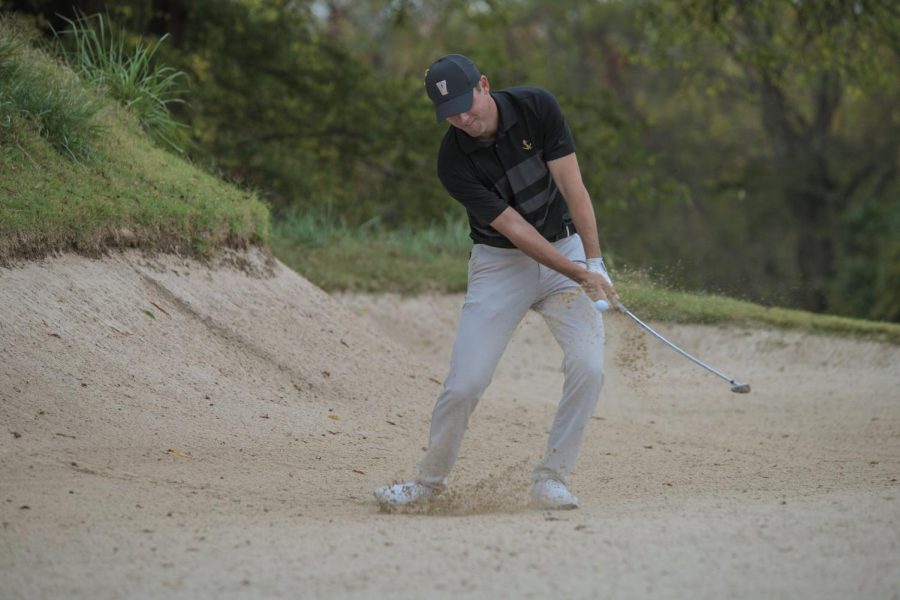 Vanderbilt, the second-ranked golf program in the NCAA, opened its season travelling to Gainesville for the Gator Invitational on Feb. 12 to 13.

Vanderbilt placed 7th out of 21 teams in the tournament, scoring a 279 as a team. The team finished at  -15, 14 shots behind the tournament-winning Florida Gators. Sophomore William Moll finished tied for 11th; junior Reid Davenport tied for 18th and senior Harrison Ott tied for 24th.

“We’re playing an SEC championship every week basically due to our schedule. And when you play competition like this, when you don’t take your A-game you’re going to finish seventh,” Head Coach Scott Limbaugh said

While finishing in the top ten, the first round results were less than ideal. At the end of the first day, Vanderbilt sat tied for 12th at -3. Matthew Riedel was -2 and tied for 15th and Senior, Harrison Ott was tied for 27th.

Coach Limbaugh was proud with the way the team bounced back from the underwhelming first round.

“Guys like Cole Sheerwood showed great resilience,” Limbaugh said. “[He] went 24 [holes] without a bogey after a few doubles.”

This season, the commodores have rallied around the ‘next man up mentality’. From 2016 to 2020, the Commodores rallied behind 2020 SEC Player of the Year and first-team All-American, John Augenstein. Augenstein is now playing golf professionally.

“The truth is you don’t replace John [Augenstein],” Limbaugh said.“That’s never been the goal. It’s about other people stepping up, and it provides a great opportunity.”

“They still had the leading rusher in the NFL, because the backup stepped up.” Limbaugh said. “That’s what we’re trying to encourage here”

The Commodores are aware of the pressure of being one of the best teams in college golf. The student-athletes must take ownership of their play for the team to stay at the top, according to Limbaugh.

“The best golf teams know it is the golfers’ team, not Coach Limbaugh’s team, not their mom and dad’s team, not the fans’ team, it has to be all of ours.” Limbaugh said.

The men’s golf team will look to rebound at their next event, the LSU Invitational in Baton Rouge, Louisiana, from Feb. 26 to Feb. 28.