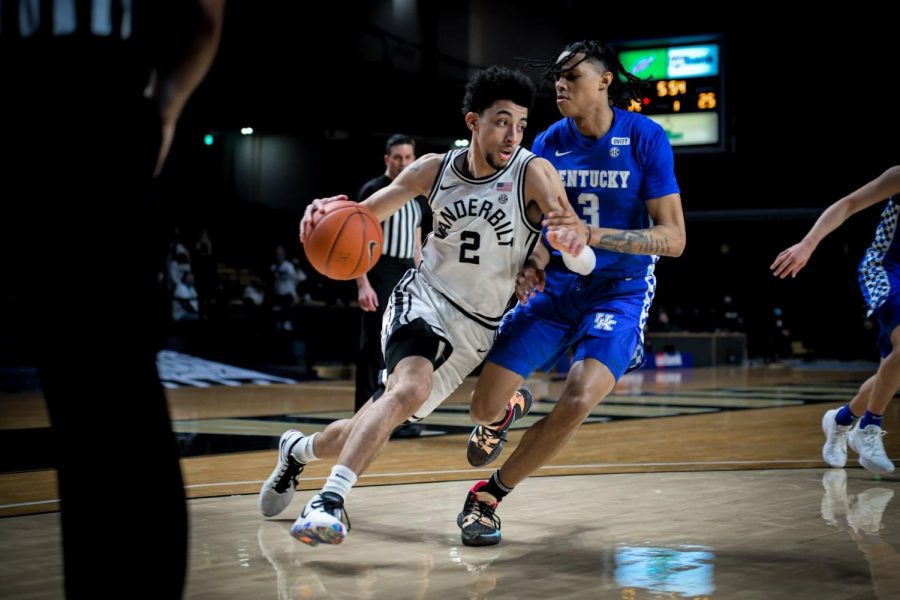 On this week’s episode of the Hustler Sports 30, Justin Hershey, Alyssa Muir and Betsy Goodfriend are joined by Bryce Smith to discuss Vanderbilt men’s basketball’s recent loss to Kentucky. The crew dives into yet another heartbreaking loss to the Wildcats, citing first half inefficiencies as the driver of defeat. They also look ahead to the Commodores’ upcoming matchup with eighth-ranked Alabama.

Then, they preview Vanderbilt baseball’s opening series with Wright State this weekend. Although Friday’s game has already been postponed due to inclement weather, the weekend set is still on with Kumar Rocker expected to take the mound on Saturday for Vanderbilt.

2:33 – Vanderbilt was outscored by 12 points in the first half on Wednesday against Kentucky. What dug the Commodores such a big hole in the opening frame?

8:54 – What changed for Vanderbilt in the second half and when did the Commodores begin taking control of the game?

27:44 – Transitioning to the diamond, considering the inexperience of this year’s team, how important is the non-conference schedule?

32:36 – What to look out for this weekend against Wright State.