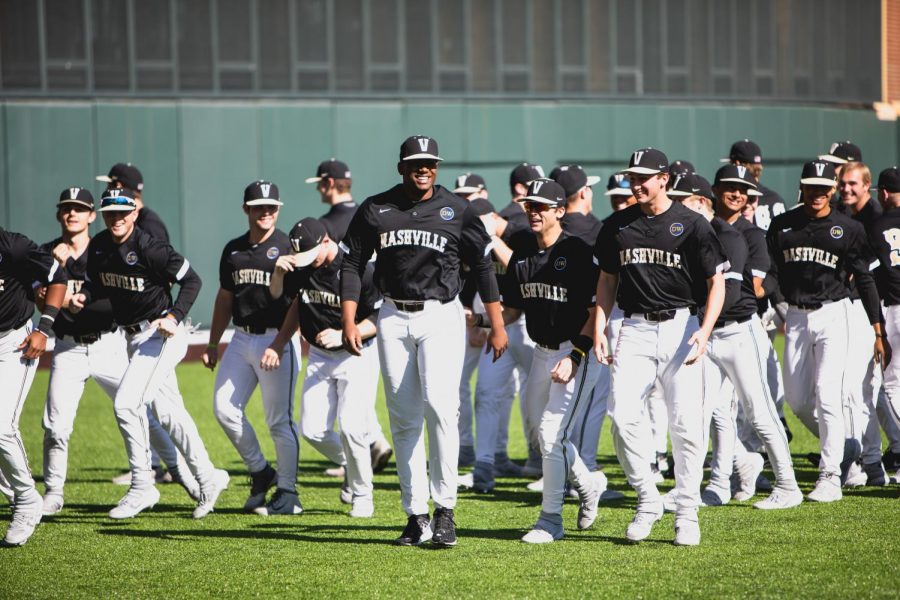 It may not feel like spring in Nashville, but baseball season is right around the corner. Vanderbilt baseball is scheduled to open its 2021 season against Wright State this weekend, but head coach Tim Corbin cautioned that Friday’s opening game may be delayed by a day due to the snow in Nashville.

“The stadium right now is pretty icy,” Corbin said Wednesday in a press conference. “I don’t think there’s going to be much snow removal in the near future.”

Even with the uncertainty of the opener, Corbin is still focused on the product his team will put out on the field. He said that all positions are open, in typical Corbin fashion, but some players appeared to emerge as starters.

Tate Kolwyck is expected to start at second base after starting mainly at center field last season. A natural middle infielder, Kolwyck has gotten the most playing time of anyone on the team at second base.

“I grew up playing shortstop, and I was really used to [the double play]; but as soon as I got here, Corbin moved me,” Kolwyck said. “I like the double play feeds [from second base] a lot better. It just feels more natural.”

“They both play pretty well,” Corbin said. “They have been consistent defensively, especially Jayson.”

Gonzalez returns to the team after taking a year away from the program in 2020. He spent the year doing strength training, working on footwork and cross training with boxing.

Corbin’s pitching staff is the envy of college baseball, and junior pitcher Kumar Rocker is the ace of the staff.

Corbin said of Rocker, “He is a kid who has taken on a lot of different roles on the team, which I’m very grateful for because he’s a good leader.”

Past Rocker, though, it’s difficult to separate many of Vanderbilt’s top pitchers.

“I don’t think there’s much separation when you look at [Thomas] Schultz, [Jack] Leiter and [Chris] McElvain,” Corbin said. “Even a young kid like [Christian] Little could potentially end up [starting].”

Corbin mentioned that junior pitcher Ethan Smith, who has pitched as a starter and out of the bullpen at Vanderbilt, could split his time between both this year. Senior Hugh Fisher is back from arm surgery, and Corbin said he has progressed nicely.

While Corbin would not commit to any starters beyond Rocker, Leiter said the bullpen sessions pitching coach Scott Brown set up were geared towards certain players starting this weekend.

The team’s sophomores never played against SEC competition in last season’s pandemic-shortened season, and the freshmen have never seen any college competition before. Corbin was careful not to take too much from the fall and winter practices, and he mentioned that he wanted to see how his younger pitchers performed against tough SEC competition before deciding on their roles.

“They’re more SEC than we are,” Corbin said of Wright State, his team’s upcoming opponent. “They played three SEC opponents last year, and we played zero.”